Explore the USA beyond the obvious with this collection of fun travel challenges, which will take you all around the country. We encourage you to choose a challenge and then find the nearest location where you can complete it. Here we go!

#1 Bathe in a waterfall

>>> Read: 5 American waterfalls to bathe in this summer.

Let the rapids boost your adrenaline as your inflatable boat bounces up and down along the river. Swimming is not a necessary skill – as long as you’re not afraid of water.

Where: Along the Colorado River.

In Italian ‘via ferrata’ means “iron road”. If you are afraid of heights, you will need nerves of iron (pun intended) to cross this rocky route, although it’s completely safe and you will be secured the whole time. The system of ladders, metal ropes, suspension bridges and railings make the rock formation accessible to everyone, not just professional climbers. After this ‘appetizer’, you may want to try out actual rock climbing.

…and get fresh energy from nature.

Where: It won’t be so easy to hug the largest living tree on the planet – the giant sequoia General Sherman (which soars to 275 ft [84 m]) – because its circumference at ground-level is 102 ft (31 m) The tree is located in Sequoia National Park, California.

One more idea: In many cultures, trees are a symbol of family and kinship. Get the whole family together and plant a tree in a place where you all love going to. Then you’ll have a reason to go there even more often. 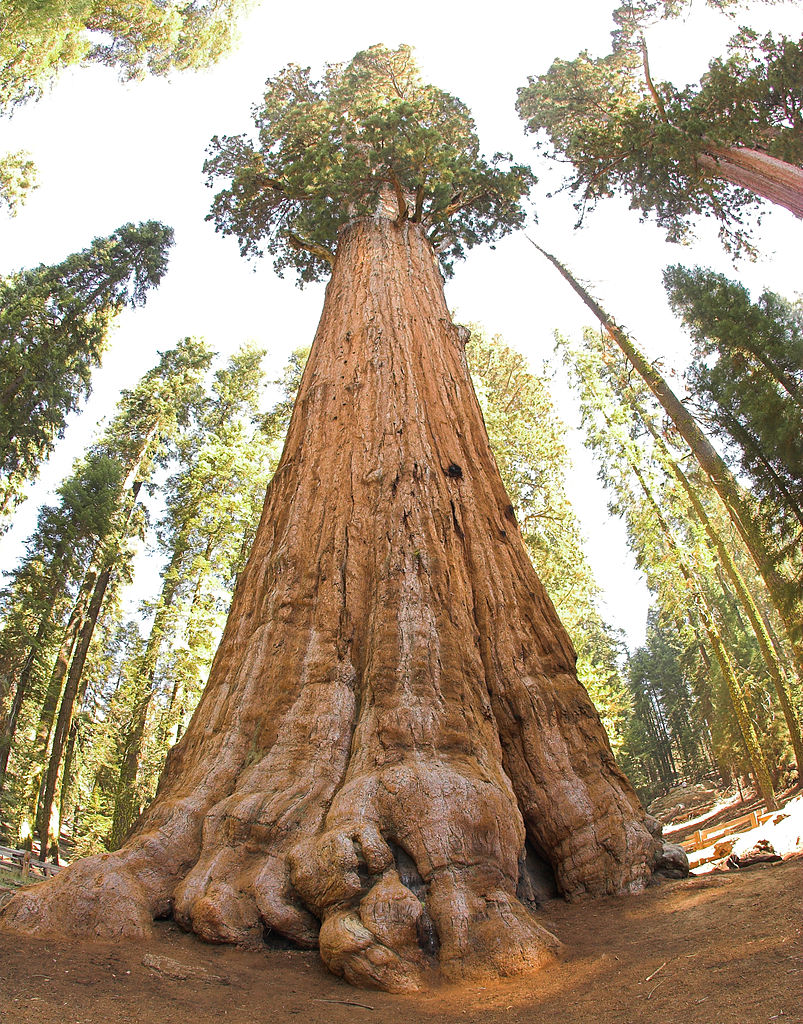 #5 Get close to an animal in its natural habitat

Our lives are so dominated by concrete and steel that an encounter with an animal in the wild is a rare and exciting experience. This challenge will push you to discover the natural habitats of your favorite animals and find a way to arrange a meeting with them.

Where: Take a whale-watching boat trip from Boston Harbor to catch a glimpse of a humpback whale or dolphins. Or just visit the nearest national park.

There are marathons you run simply to prove that you can do it. Start with them. Then you can try your hand at a crazy marathon.

Where: Santa Speedo Run, in Boston or Atlanta. To run the annual Santa Speedo Runs across the USA you need a Speedo bathing suit (holiday colors are preferred). You will also need some Christmas flair (Santa hat, beard, Christmas socks, etc.). A warning: December weather in Boston is far from the ideal temperature for bathing suits. So runners are allowed (recommended even) to have a drink or two before the run.

#7 Drink whiskey straight from the source

Whiskey is a religion with its cults and rituals. If you also pray to this particular god, visit a distillery.

Where: Jack Daniel’s. Lynchburg, Tennessee is a legendary place to take a good walk while listening to stories about Jack and where, without any judgement whatsoever, you could share your very own personal encounters with him. If you don’t drink whiskey, you can join a ‘dry tour’ and delve into the distillery’s history fully sober.

Strap on your skates and show us a double axel (or triple fall on the ice – it depends on your skill level) at some of the most impressive ice rinks this planet has to offer.

Where: One of the world’s most famous ice rinks can be found just in front of the Rockefeller Center in New York.

#9 Discover a beach in the middle of the city

Life is better in flip-flops, they say. If the first thing that comes to your mind when someone mentions the beach is a solitary bungalow on a remote island, we challenge you to find some of the best city beaches in the world.

Where: Venice Beach, Los Angeles, is perfect not only for sunbathing but also for renting roller skates or a bike and going down a seven-mile bike alley to Will Rogers State Beach.

>>> Read 5 beaches in the middle of busy cities

#10 Sweat in a valley of geysers

There are slightly more than 1,000 geysers on Earth, many of which form boiling valleys. As it seems, the influence of hot water over the human mind hasn’t been well studied yet, because people tend to think of weird stuff to do when they see a geyser. Like boiling eggs (there are hundreds of videos of that; check them out if you plan to conduct a experiment).

Where: Yellowstone National Park houses thousands of hot springs, mud pots and at least 300 geysers – one-third of the planet’s total. 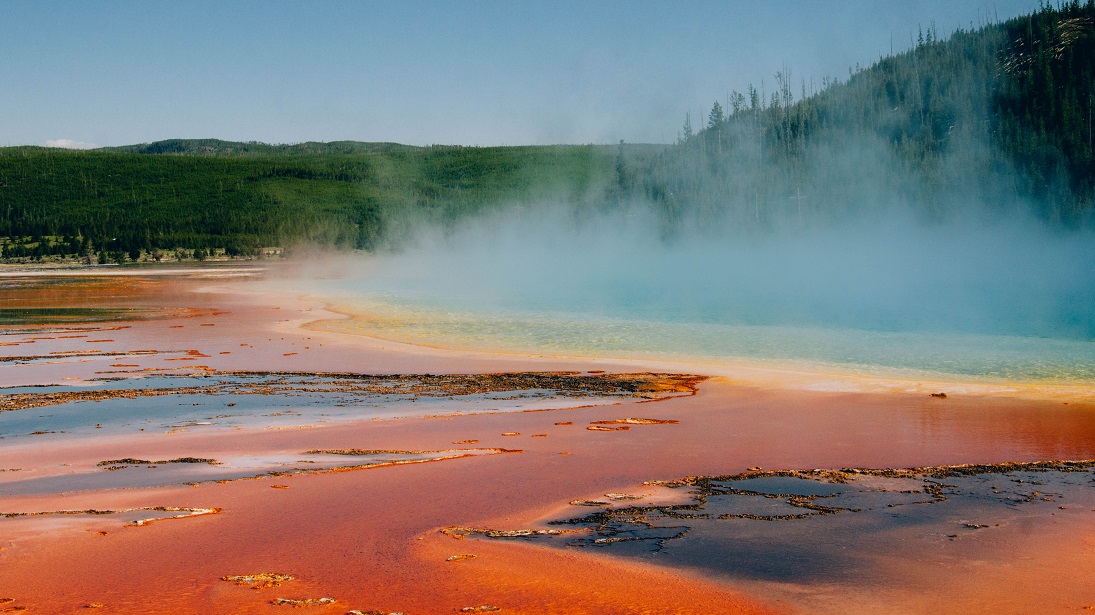 Fun fact… Geysers exist on other planets. If you’re planning a trip to outer space, you can stop by Saturn’s moon Enceladus for a water vapor eruption or go to Neptune’s moon Triton for nitrogen eruptions.

Unsurprisingly, catching a glimpse of the Northern Lights is a dream experience for millions of travelers around the world. If the aurora is also on your list, here’s how you can see it:

When can you see the Northern Lights? Unfortunately, you’re at nature’s mercy. The Northern Lights like to play hide and seek, so you’d better stick around the observation area for at least a week, at best – two weeks at worst. Your best chance is from late August until late November and in February and March. However, the truth is, no one can guarantee when the lights will appear.

Where: The best places in the world to observe the Northern Lights are Alaska, Norway, Canada, Greenland, Lapland, Iceland, and Sweden.

Where: Big Sur, California, or Interstate 1, is one of the best-known roads in the States. You’ll see why when it leads you to the breathtaking viewpoint over the Pacific Ocean. The Interstate spans 90 mi (145 km) from San Simeon to Carmel and offers wild nature and steep rocks, overlooking the waves crashing against the shore. 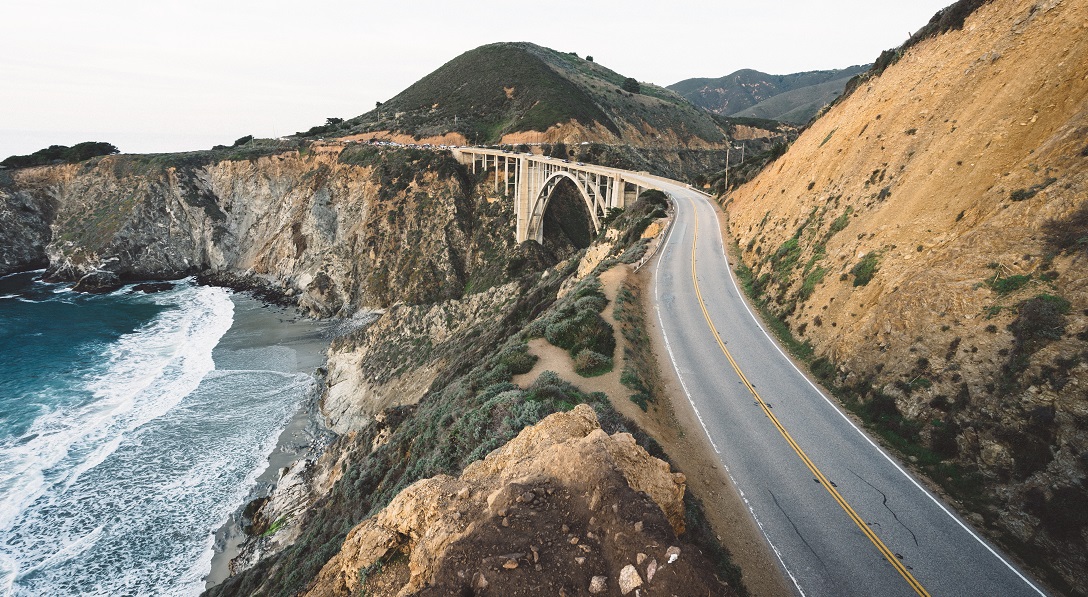 Where: Some of the world’s best ice bars are in the USA – like Bar Minus 5 (New York) and Aurora Ice Bar (Alaska).

It’s proven that employees who use more of their vacation days achieve better results at work and have a higher chance of being promoted. Many people don’t use all of their vacation days as they fear that their long absence might show their bosses that the work can be managed without them. However, statistics in the USA and Canada reveal that for every 10 days off from work, employees’ results improve by an average of 8%.

How to do it (if your boss won’t give you a holiday): Show this article to your boss (or an employee who urgently needs to take a break)…

#15 Spend 45 minutes in a soundproof room

Imagine a room that isolates 99.9% of sound. Imagine you’re in that room, alone. You can hear your heartbeat and, after a few minutes in the room, even your lungs! In the soundproof room you become the sound. According to Guinness World Records this is the quietest place on Earth.

Where: This is a really serious challenge. Such rooms can be found in the USA, and more and more are opening in different places around the world. Usually, they announce several visiting days throughout the year, as the main purpose of these rooms is to test technological products. Google “anechoic chamber” + the country or town closest to you.

Could you spend 45 minutes in a soundproof room? | Malte Wingen/Unsplash

#16 Join some of the craziest festivals in the world

If you feel like doing something really crazy, there are hundreds of festivals around the world created just for people like you.

Where: Burning Man – this festival is a must for every free spirit. It’s hard to put the experience into words; you have to be there to understand it. For two weeks every year, tens of thousands of people gather in the desert near the city of Reno, to create a temporary metropolis dedicated to exchanging knowledge, skills, creativity and art. Nothing is sold; there are only acts of gift giving. The culmination of the event is the symbolic ritual burning of a large wooden effigy – “the Man”, which lends its name to the festival.

Source: the book 203 Travel Challenges. Travel the World. Explore Your Inner Self. 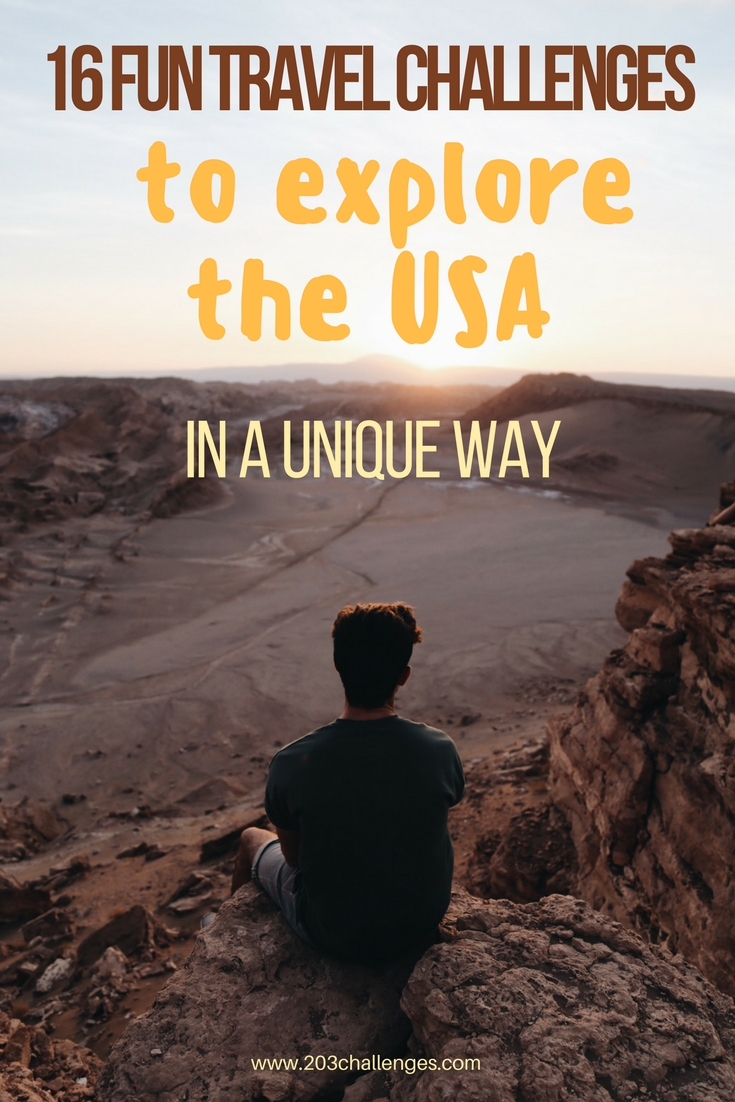 Working during your vacation? Here’s what happens to your brain!