23 camping quotes from people who love it and hate it

Maria Angelova 2 June 11, 2020 6:55 am
Inspiring travelers: Rob Erwin exploring the American backcountry
Best gifts that are actually unforgettable experiences
How I swapped my bed for a hammock this summer (and kept on going to work)

Camping is one of those activities you either love or hate. Some people would spend the whole summer with their feet dirty and with no access to electricity or fast food, while others cringe at the mere idea of an overnight without a mattress (and bugs invading their sleeping bag! ugh!).

2. It always rains on tents. Rainstorms will travel thousands of miles, against prevailing winds for the opportunity to rain on a tent. – Dave Barry 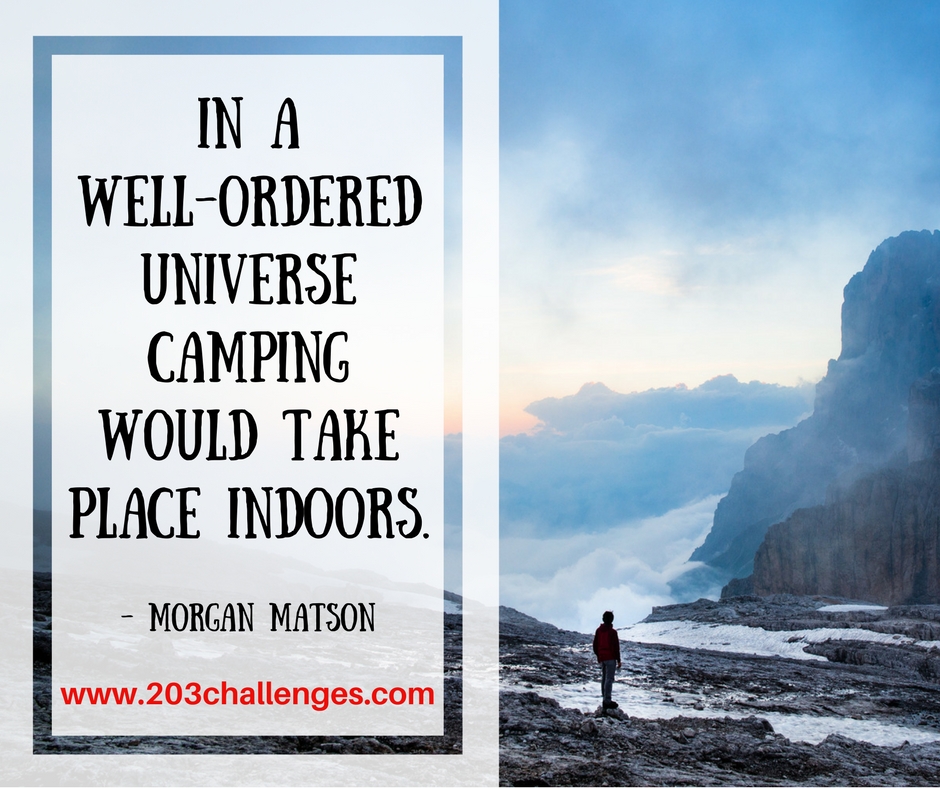 5. The normal storyline of a horror film or a slasher film is the young, beautiful college folks go camping and get systematically killed by the person in a mask. So that’s how it normally is. – John Schneider

6. Anna had read books about people in the cities going camping. They would leave their comfortable homes and beds and deliberately sleep in tents, on the ground, then cook their food outside over an open fire instead of in a well-stocked kitchen. She couldn’t imagine something so ridiculous. – Gail Sattler

7. How is it that one match can start a forest fire, but it takes a whole box of matches to start a campfire? – Christy Whitehead 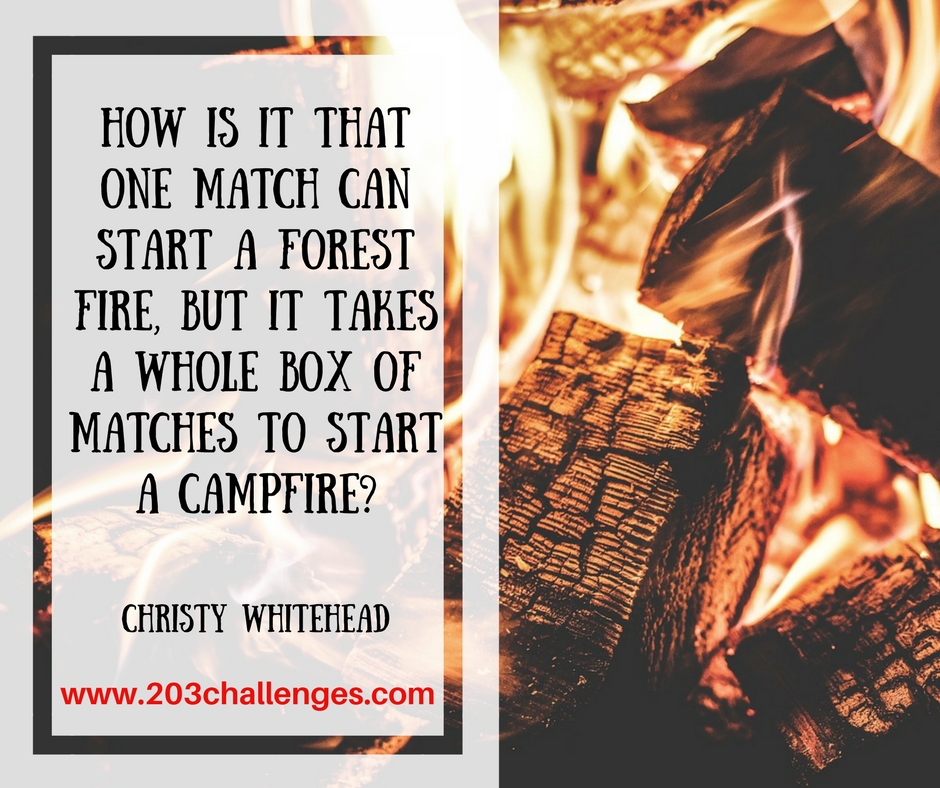 8. I got into an argument with a girlfriend inside of a tent. That’s a bad place for an argument, because then I tried to walk out and slammed the flap. How are you supposed to express your anger in this situation? Zipper it up really quick? – Mitch Hedberg

9. Some national parks have long waiting lists for camping reservations. When you have to wait a year to sleep next to a tree, something is wrong. – George Carlin

10. Donating blood, one mosquito at a time. – Unknown

11. Camping: the art of getting closer to nature while getting farther away from the nearest cold beverage, hot shower, and flush toilet. – Unknown

12. I don’t always move to the other side of the campfire but when I do, the smoke follows me. – Unknown

13. Camping is not a date; it’s an endurance test. If you can survive camping with someone, you should marry them on the way home. – Yvonne Prinz

14. Whatever form it takes, camping is earthy, soul enriching and character building, and there can be few such satisfying moments as having your tent pitched and the smoke rising from your campfire as the golden sun sets on the horizon – even if it’s just for a fleeting moment before the rain spoils everything. – Pippa Middleton

15. The stars were better company anyway. They were very beautiful, and they almost never snored. – David Eddings 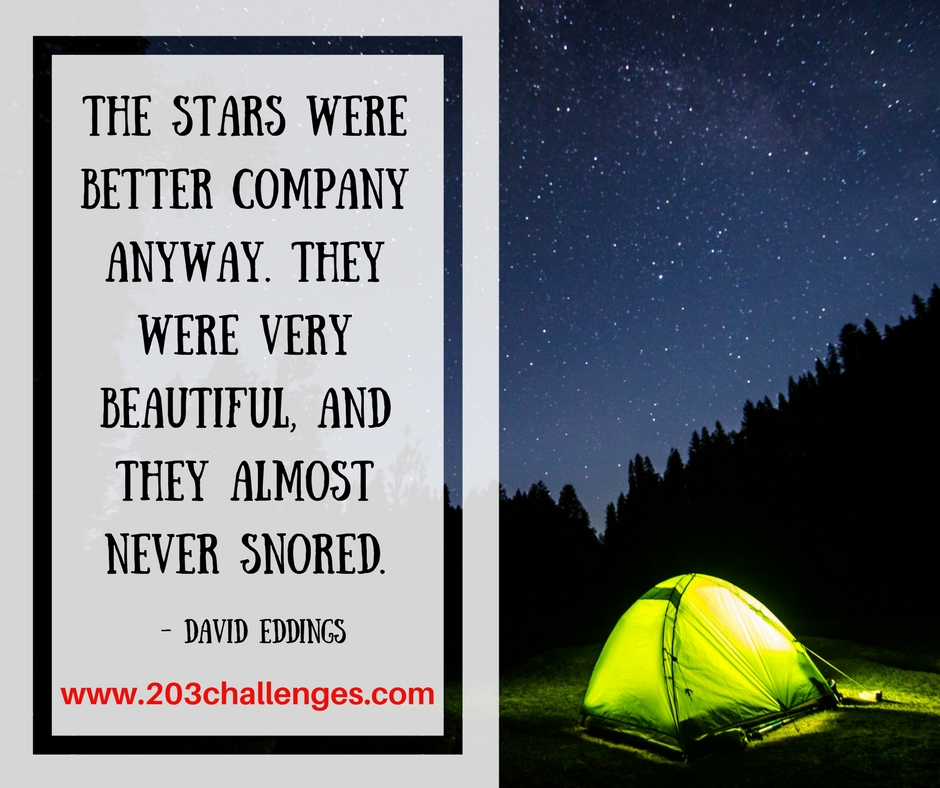 16. Wilderness is not a luxury but a necessity of the human spirit. – Edward Abbey

17. And at the end of the day, your feet should be dirty, your hair messy and your eyes sparkling. – Shanti

18. Of all the paths you take in life make sure a few of them are dirt – John Muir

19. A great many people, and more all the time, live their entire lives without ever once sleeping out under the stars. – Alan S. Kesselheim 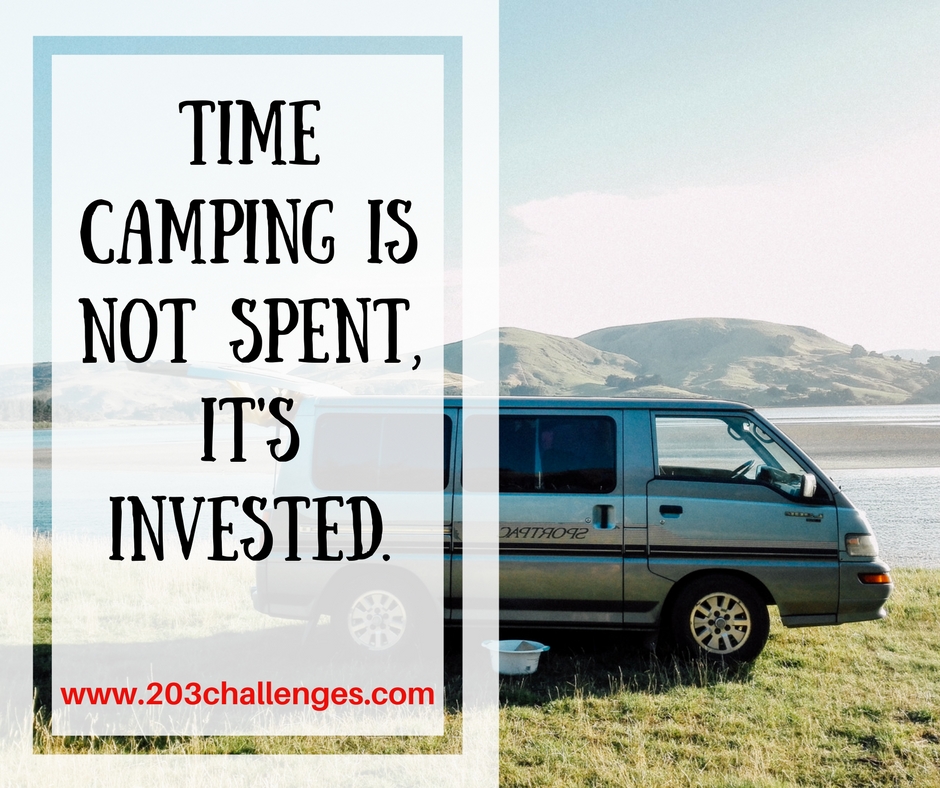 22. There’s no wi-fi in the mountain but you’ll find a better connection. – Unknown

>>> Read our favorite 7 camping recipes ready in under 10 minutes

Packing tips for your next girls weekend getaway 0