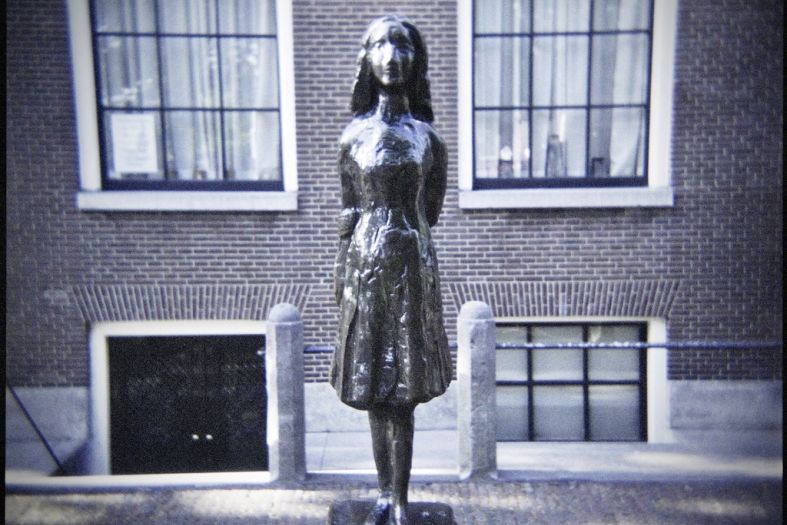 203 Challenges 0 April 29, 2020 8:20 pm
Villa Melnik – exploring Bulgaria’s wine traditions in one of the World’s Best Vineyards
Traveling In 2021: What You Need To Know About Traveling For Free
5 essential things you must bring for a comfortable camping trip

Prinsengracht 263-267 – this is the address in Amsterdam, which you will never forget, once you ve been there. To this day, one of the most symbolic houses from literature, still stands here – the house of Anne Frank.“The best part is that I can write down all of my thoughts, otherwise I d absolutely suffocate.”

The Diary of a Young Girl, also known as The Diary of Anne Frank, has kept the thoughts of a young Jewish girl, who hid in a house in Amsterdam, along with her family and friends, for two years. The story is not one of those with a happy ending – the fugitives were delivered to the Nazis, by a “friend”, and all died in concentration camps. Anne s father – Otto, was the only exception. After the war, he returned to the house, found his daughter s diary and made her dream of becoming a writer come true, by publishing it. Today, the short book has been translated into over 60 languages.

Before setting foot in Anne Frank s house in Amsterdam, you should read the diary. This way, every step you make will keep reminding you of the girl s thoughts. Even if you haven t done it though, all over the house you will see explanatory notes and photos, which transport you, almost physically, back to the days of the occupation.

In the rooms of the hiding place, described in detail by Anne Frank, there is no furniture, because it was taken out right after the eight people hiding there were captured. Everything that could be salvaged has been preserved to this day. Quotes from the diary won t let you forget, even for a moment, where you are and what has happened here.

The story of the diary

“The best part is that I can write down all of my thoughts, otherwise I d absolutely suffocate.”

Hiding, and for such a long time, was stressful and difficult – nobody could go outside, or make any sound, out of fear of being found.

Anne Frank started her diary when she was 13 years old. Apart from that, in her little book, she wrote short stories and collected quotes from her favorite authors. She dreamt of becoming a writer or a journalist after the war.

After the war ended, the building, where Anne and her family were hiding, was included in a demolition list, but the citizens of Amsterdam came together and organized a campaign for its conservation. The most valuable result this initiative achieved, is that today visitors can walk into the authentic house, rather than a replica. The house has been a museum since the 1960s, and is currently being visited by people from all over the world each year.

In Anne Frank s house you can see the original diary, her notebooks, and everything she has written. There are also publications of the diary in different languages.

Setting foot in the hideaway is a chilling experience. Even more unsettling is the video footage of Otto, which you can see at the end of the tour. The sorrow of a man, who has lost everything, but has done whatever he could to let the world know what he and his family went through.

Useful information: Anne Frank s house is located around 20 minutes away from the Central Railway Station in Amsterdam, by foot. The address is Prinsengracht 263-267. Expect huge lines.

Nantucket- Attractions for A Weekend

9 Options To Help You Spend Less While Traveling

Nantucket- Attractions for A Weekend 0

9 Options To Help You Spend Less While Traveling 0

Commuting and the City: The London Edition 0

How to practice aylyak in Bulgaria and be happy 15