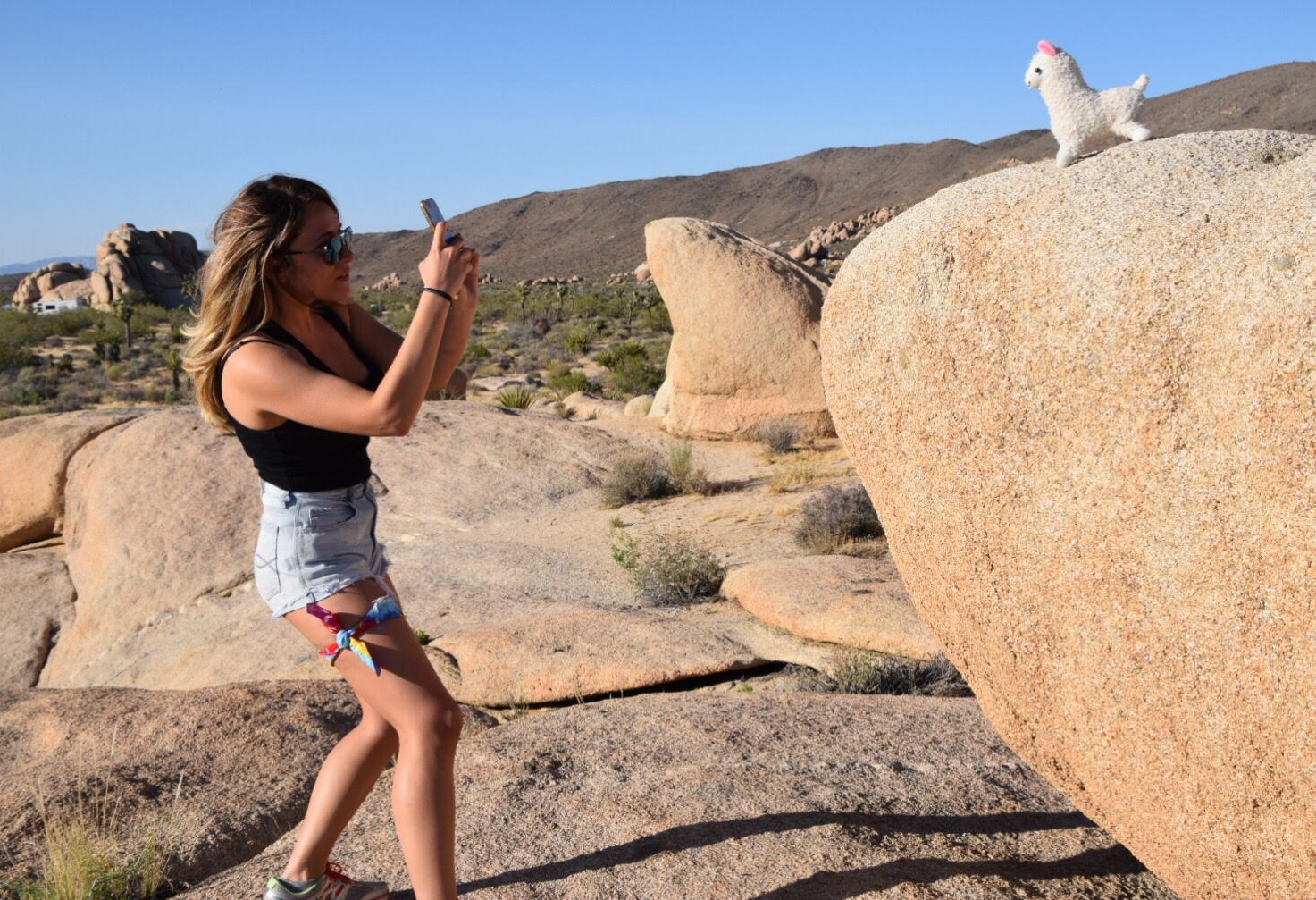 Llama With No Drama reveals the secret of happy travels

In a world full of drama, what better way to relax and return to your naturally happy inner self than… watch some traveling llama photos?

The llama: Enter the no-drama llama zone of the Llama With No Drama project for a pinch of daily inspiration brought to you by an adorable stuffed llama who travels the world. If for some reason, you haven’t felt light and carefree recently, this llama can teach you how. Less drama, more fun.

The creator: Eylül Savas, 27, is a brand consultant from Turkey based in the USA. “I’ve done a couple of corporate social responsibility projects at the time I was working in Turkey that I’m pretty proud of, but I definitely see the project Llama With No Drama as my biggest accomplishment.”

My biggest dream is… It’s a little cliche but my biggest dream is to see each country before I’m 40, so that I can have enough time to go on a second tour to the ones that I love the most and spend a lot more time. And I really want Llama With No Drama project to turn into some sort of drama-free traveling movement.

Llama With No Drama was born… in April 2016 as a reaction to the world’s drama.

At the beginning, I couldn’t even imagine that… people would love the llama this much. It turned out that they really needed this in their lives as a daily breather from their day to day struggles.

I never travel without… my llama and my camera.

The first thing I do when I arrive in a new place is… try to get done with the tourist attractions ASAP, then get lost in the back streets of the cities, and explore the food and art scene.
If I had to stop traveling for five years, I… would be in an incurable depression.

My favorite place on the Earth is… planes, right before landing at a new city.

The funniest thing that happened to me and Llama With No Drama on the road was when… a receptionist asked where my baby is as he had a note given by his manager to put a crib in my room. And I told him that I don’t have a baby, but a llama by not stating that’s it’s a stuffed one. He was so confused, you should have seen his face the moment he heard that – as he thought it was a real one.

Drama in life is… finding excuses instead of making changes.

The most important life lesson Llama With No Drama could teach you is… making one person smile can change the world. Maybe not the whole world, but their world.

I support wildlife conservation causes by… partnering with groups supporting wildlife and conservation efforts and donating a portion of our proceeds to these organizations.

My contribution to saving the planet is… believing that I can make a change. Being mindful when throwing away things by always considering to recycle or donate. Donating to charities that I believe in.

One inspiring thing I’d like to share with you is... the quote; “Traveling is not something you are good at. It’s something you do. Like breathing.”

One travel challenge for our readers:… Travel at least 5 countries with a real llama.

How to Entertain your Children While Being on Vacation 0