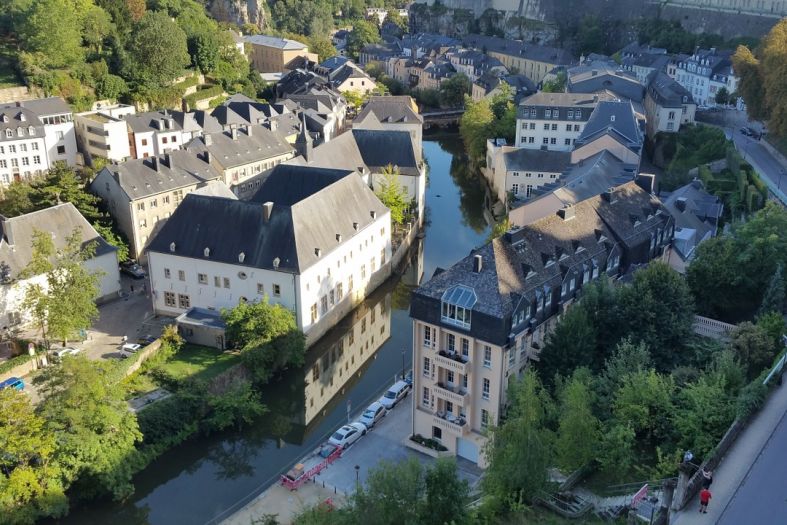 Luxembourg: A legend of a mermaid and men’s curiosity

203 Challenges 0 April 20, 2019 1:38 pm
12 facts that you will believe in only when you live in the USA
16 fun travel challenges to experience the USA in a unique way
To cross Europe by kayak, join this epic challenge (even for a mile)

This is a moral story with elements of reflection about men’s curiosity, women’s secrets and mermaids’ ambivalence.

Follow the tracks of the legend of mermaid Melusine, who made the tiny European country Luxembourg’s founder, Siegfried, lose his head. Take a walk along the shore of Alzette River and down the impressive 23-km galleries dug into the rocks above it, and listen for a magical song.

Luxembourg’s founder, Sigfried, Count of the Ardennes, was an ardent fan of hunting and it is not a surprise that apart from wild animals once he came across some more unconventional creature in the dense forests (in this case, the woods along the Alzette valley).

One day he got lost in the valley and stumbled upon Roman ruins and a terrific cliff (the Bock cliff is still there to this day). Soon he heard a lovely song and saw a young girl – Melusine, sitting on the cliff. Sigfried fell in love with her at first sight and immediately asked for her hand. However, it turned out that Melusine was not an easy one and set two conditions – the first one was never to be moved from the cliff, while the second – to be left alone every Saturday and her husband never to ask her what she was doing during her privacy.

Sigfried agreed without any hesitation (a prosaic digression: according to the historically more authentic information about Luxembourg’s establishment, Sigfried chose the foundation of the Roman stronghold to build a new more solid castle). He gave up on his lands in Feulen and traded them for the Alzette valley, where Melusine’s cliff was (again, according to the historians, Sigfried indeed exchanged the lands for the valley but there is no evidence that his motives were inspired by any mystic forest nymphs).

The count kept his promise for years and regularly left Melusine alone on Saturdays. However, once he got curious about what she was doing and decided to sneak a peek through the lock of her chambers, situated in the premises dug into the Bock cliff (which can be seen there to this day). He saw her in a huge bath-tub, combing her beautiful hair and… flapping her fishtail! Sigfried uttered a horrific scream, Melusine realized that her secret had been disclosed, jumped off the cliff into Alzette River and disappeared for good.

The moral here is clear but the story remains open because, according to the legend, Melusine shows up from the water once in every seven years, so be on the lookout for mermaids when walking along the shore or crossing the bridges over the river.

From legends to reality

Galleries (casemates) of the total length of 23 km are dug into the Bock cliff where you can take a walk nowadays. In the past the galleries were used as arms and wine warehouses, while during the WWII they were a shelter for thousands of Luxembourgians.

Luxembourg’s Museum of History offers a multimedia corner where you can relive the legend – a video showing views from Alzette River is projected on the walls, while the song of Melusine and the babbling of the water resound as a background.

Useful information: The nearest to Luxembourg low-cost airports are Hahn, Germany, and Charleroi, Belgium, offering regular shuttle bus runs to Luxembourg. The casemates are closed for visitors during the winter.

15 inspiring quotes on exploring the world 0

Does pasta make you fat? No, it even helps you lose weight. 0