Secret places in Bulgaria: the chapel overlooking a submerged village

Maria Angelova 0 May 6, 2021 10:14 am
How to practice aylyak in Bulgaria and be happy
Zagreb – attractions to visit in a weekend
Heads up: DroneUp film fest in Plovdiv, Bulgaria

The challenge: Discover the legend of the chapel overlooking the submerged village of Pchelintsi in Bulgaria

There are many submerged villages in Bulgaria. During socialism, many reservoirs were built above towns and villages, literally and figuratively. Only one of these submerged villages, however, has its own chapel, which is more than 600 years old and rises like a gravestone on a rock above the reservoir. 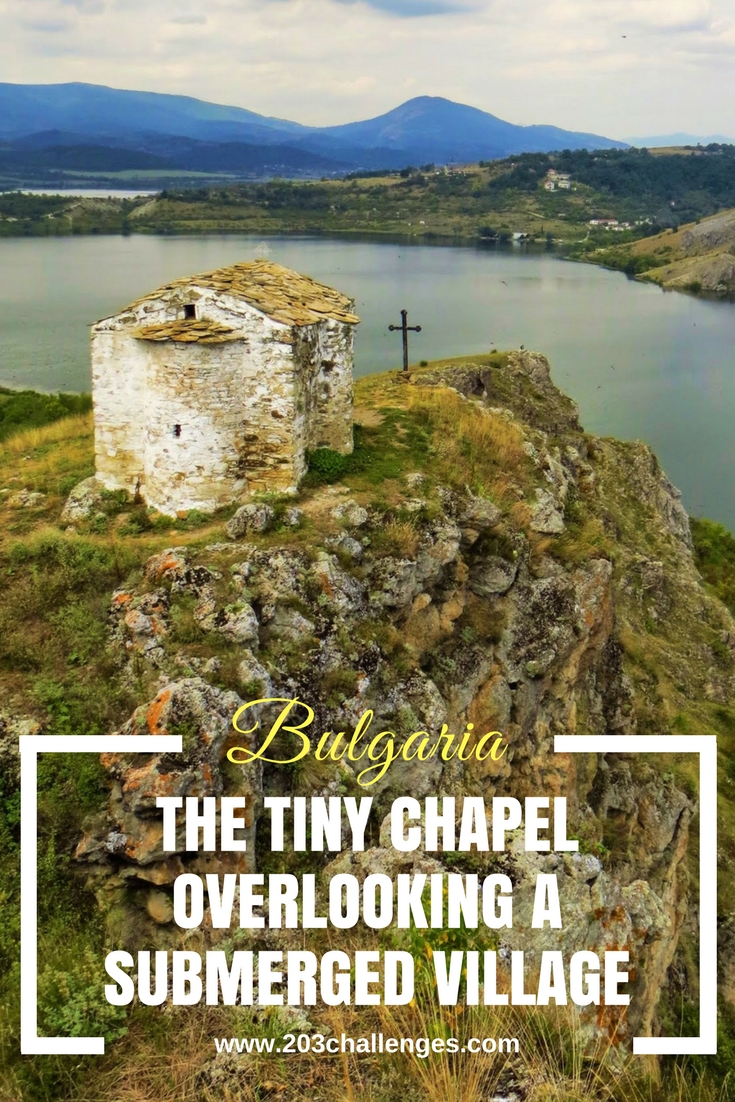 Legend has it that the chapel of St John Letni was built in 1350, a timeline confirmed by the inscription on a contemporary stone at the chapel’s doorstep. The chapel’s door can be closed, but it doesn’t lock, meaning that anyone can go inside and light a candle.

The scene inside is rather sad, with more and more of the chapel’s frescoes fading thanks to the ravages of time, and the eyes of the Virgin Mary gouged out by vandals. Back in socialism, known and unknown graffiti artists drew a contemporary layer of “frescoes,” describing who was here, when they were here and who was with them. 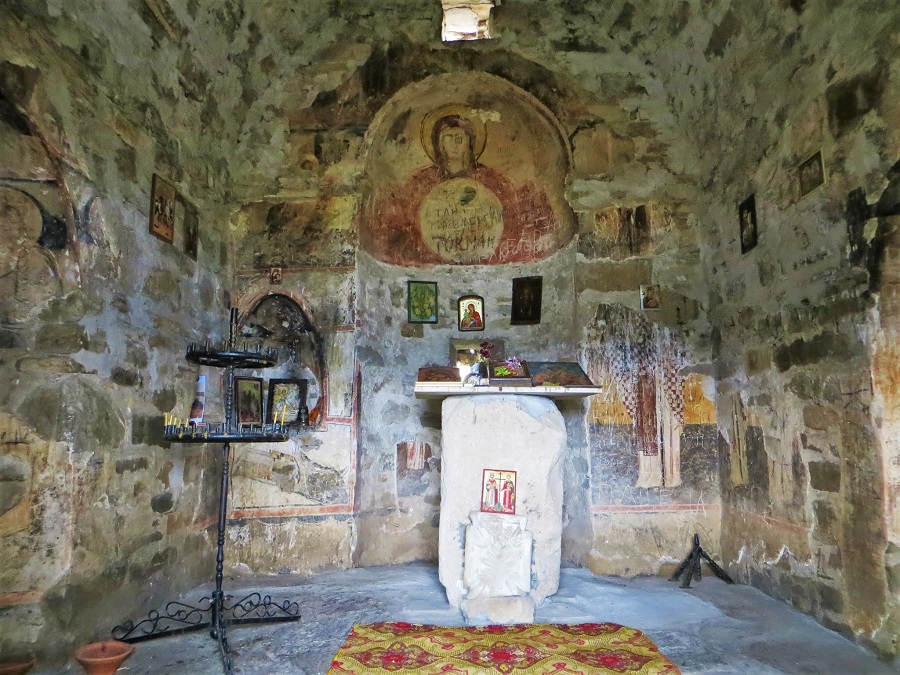 The chapel offers a beautiful panoramic view of Pchelina reservoir. You can stay all day on the rocks at the edge, visualizing the village of Pchelintsi, which became submerged in the 1970s and now lies on the bottom of the reservoir. Houses were destroyed, forcing residents to move to neighboring villages and the town of Radomir. The only thing that wasn’t erased was the village’s name – it is preserved in the name of the reservoir. 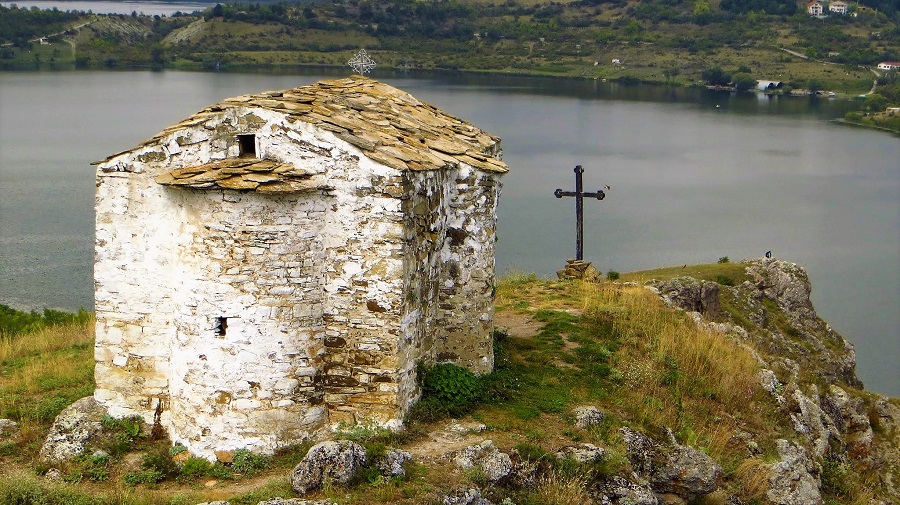 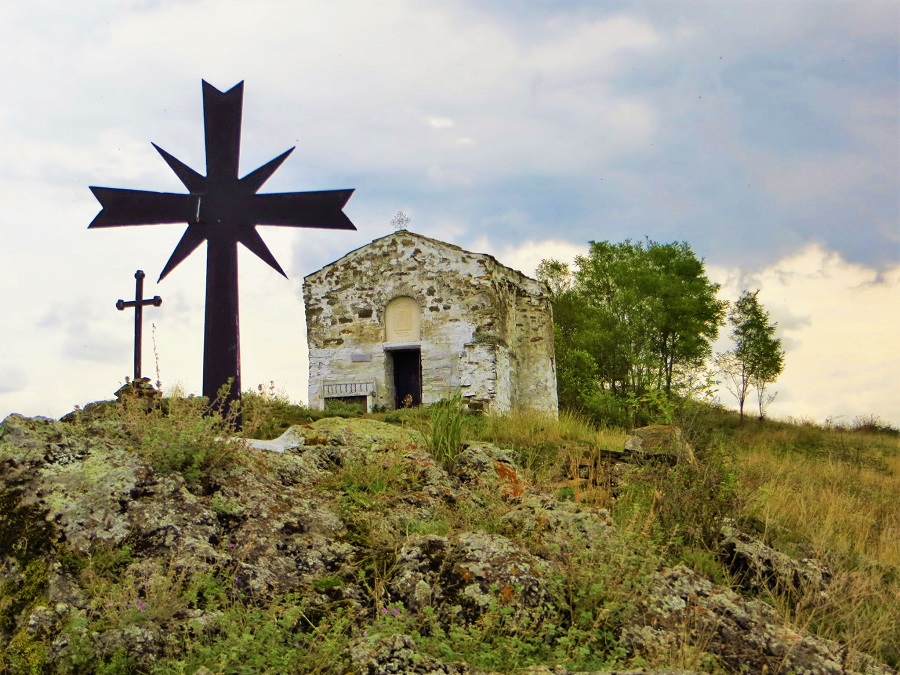 To get to the chapel of St John Letni, take the road from Sofia to Kyustendil, and after Radomir pass through the village of Priboy (Прибой). You’ll soon see an exit on the right to the village of Potsarnentsi (Поцърненци). In the center of the village there is a store – turn left after you pass it. From here, drive straight. The paved road becomes a dirt road, but quite an even one; usually you can drive to the end of the road. The road branches off several times, but you should stick to the main road (or the one that seems more even, nicer or more like a main road). You will pass through several neighborhoods before you finally see Pchelina reservoir. A dirt road on the right leads to the chapel. The chapel can be seen from afar on the hill, so you won’t have any difficulty reaching it. It is about 5 km from the center of Potsarnentsi to the chapel, and the track is perfect if you like offroad biking.

Read more: 7 submerged churches around the world to amaze you

Where to stay in Thailand: floating bungalows, tree houses & more 6

21 unusual Christmas travel ideas for every kind of traveler 2

22 fun things to do in the mountain 0