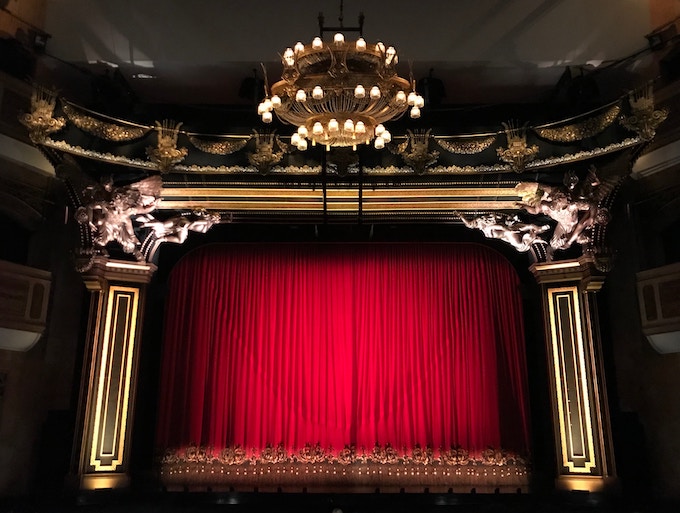 Top 3 musicals at the West End this Christmas

Steeped in cultural history, London’s West End is one of the oldest and most famous theatre and entertainment districts in the world. Boasting over 40 theatre venues, The West End showcases a variety of cutting edge theatre productions which puts it on a par with Broadway. With its twinkling Christmas lights and bustling Christmas shoppers, the West End is the perfect Christmas outing when visiting London.

Along with Broadway, the West End is renowned for producing and showing groundbreaking musical theatre productions. Check out London’s best musicals this Christmas.

Inventive, daring and incredibly unique, Disney’s multi-award winning production of The Lion King has made musical history with its stunning life-sized puppets, breathtaking effects and enchanting music. Premiering on Broadway in 1997, the show opened at the West End’s Lyceum Theatre in 1999 where it has been ever since. Based on the critically acclaimed Disney film, The Lion King follows the extraordinary adventure of lion cub Simba’s journey to become King of the Prailands. As the sixth longest running musical on the West End, The Lion King tickets are like gold dust, so be sure to book them in advance for an immersive evening of colour, awe-inspiring costumes and pure magic. The Lion King really is a theatrical experience like no other.

Hailed as the best musicals of the decade, smash hit musical Wicked has bewitched over 10 million people in London alone. Based on the novel by Gregory Maguire, Wicked is a prequel to the much-loved tale of the Wizard of Oz and tells the alternative, untold story of how the Wicked Witch of the West became so wicked. Opening on Broadway in 2003, Wicked is now showing at the London Apollo Victoria Theatre and has become one of the West End’s most sell-out shows. With sensational songs, including the powerful ballad Defying Gravity, dazzling costumes and spectacular set designs, Wicked has won over 100 international awards and is the 9th longest running musical at the West End. Sprinkle your Christmas with magic and enjoy this spellbinding musical!

There is no doubt that Cameron Mackintosh’s phenomenal musical production of Les Miserables is a must-see for any musical lover. Showing at the Palais des Sports in Paris for the first time in 1980, Les Miserables came to the West End five years later and has been at the Queen’s Theatre since 2004. With a superb musical score written by Claude-Michel Schonbery, the multi-award winning musical boasts one of the most memorable and critically acclaimed soundtracks in theatre history. An unforgettable, timeless classic, Les Miserables will transport you to the streets of 19th century revolutionary France with its moving tale of justice, resistance, unrequited love and redemption.

A fabulous Christmas treat, West End musicals are an incredible experience to share with family and friends whilst visiting London during the festive season. While these are some of the hottest musicals of the minute, explore other musicals and cultural other activities in London at best-tickets.co.uk

Date idea: Pop a bottle of champagne on a mountain peak

Boat Buying Tips from the Experts

18 things every traveler should try at least once

5 Travel Tips for a Safe, Fun, and Unforgettable Trip to South Africa 0

7 ways to celebrate the beginning of April 0