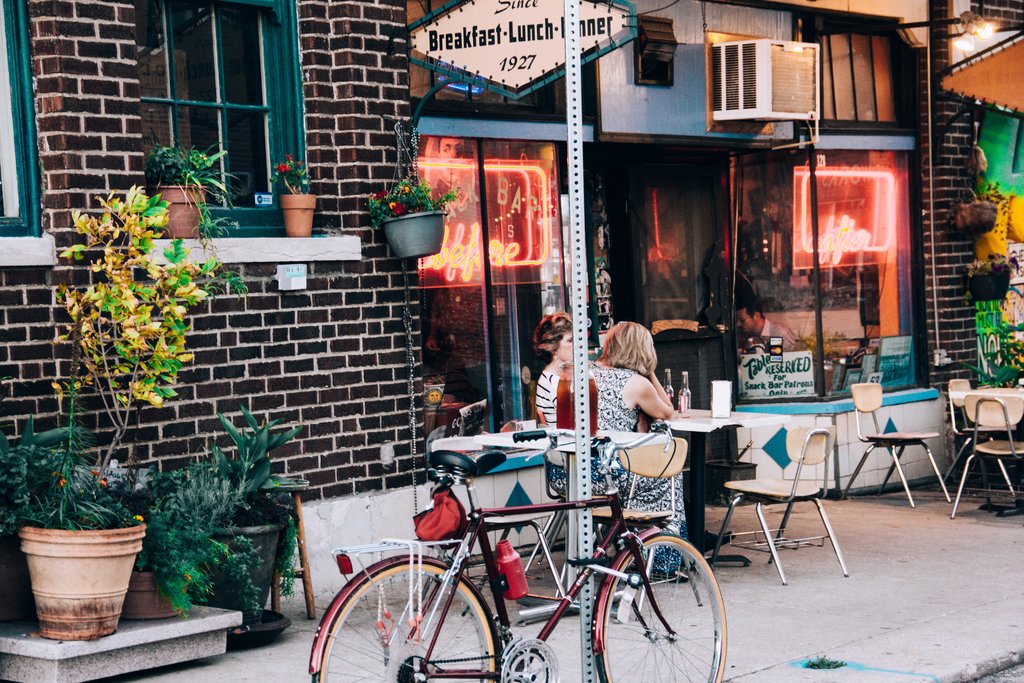 Why dining alone is not such a big deal

I feel myself blushing as I answer “Yes, you can” when the waiter asks whether he can already take the menu. And yes, of course you can give that spare chair to another table. Because no, I’m not waiting for anyone else…

Admitting that I was having dinner alone felt like the biggest crime in the history of mankind. Although it was not the first time I’d eaten out alone, this time it was different.

Somehow for me – and for a lot of other people, as I found out later – it’s okay to have a quick breakfast on the way to work or uni, or have lunch all by yourself during your break, but taking yourself out for dinner at a nice restaurant makes for a whole other level of awkwardness and intimidation.

So, in my ambition to reach that level of awkwardness and intimidation, and also craving a delicious chef-made meal, I went to have dinner all by myself. I read all the tips along the lines of “how to dine alone,” only to neglect them. That meant no phone, books or any other distractions, and also choosing a table in the middle of the restaurant, not in the corner or near the window, which would apparently have been less intimidating – following the mantra of “Go hard or go home”. I mean, how bad could it be?

It’s not that bad at all

After the initial feeling of discomfort disappeared, I actually really enjoyed the evening. Treating yourself to a nice meal in a nice place alone is about as good for your wellbeing as doing the same with the company of friends. Plus, it allows you to observe and romanticize the atmosphere around you, making you feel like you’re in a movie – and who doesn’t like to feel like that?

People don’t care as much as you think they do

The reason why a lot of people would never consider dining out alone is the fear of people’s judgement, and the belief that all the other people in the restaurant would be very aware and disturbed by the fact you’re alone at your table. Thinking this way exposes you to the so-called “spotlight effect” – the belief that people notice some things about you when they actually don’t. This effect is actually connected with egocentrism and the fact that we are the center of our own universe. So, don’t be egocentric – dine alone!

It doesn’t make you a loner

Have you ever really thought that a person you’ve seen alone at a restaurant has no friends and probably lives alone with 30 cats? We often tend to make excuses for others, but are always so hard on ourselves. So even if someone notices you, they will not picture you as a sad loner, and you should not see yourself as such either.

Solo traveling includes doing a lot of things by yourself and dining is often one of them. If you want to prepare for a solo trip, it’s better to get used to doing it in a familiar environment than in a foreign one. It might actually help you enjoy other activities by yourself and eventually give you the courage to travel solo for the first time. 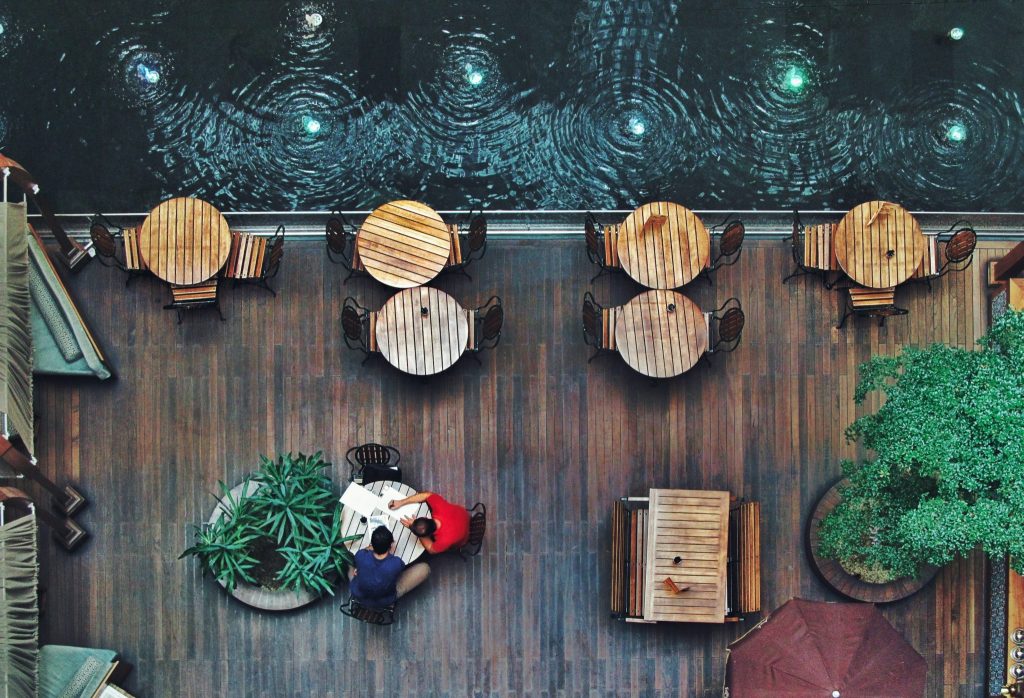 Which table would you choose? – Abdullah Öğük/ Unsplash

It actually makes you feel confident and free

Confidence is knowing you can be fine by yourself, enjoying your own company and not caring what people might think. This essentially means you should “fake it until you believe it” – even if the first time you decide to go out by yourself you feel uncomfortable, the liberating feeling of confidence and overcoming a fear you get after that is worth it. In the best-case scenario, such a small act could help boost your overall self-esteem. I was not surprised at all that the mini research among my friends showed that the most confident ones find dining alone not scary at all and would do it without much thought.

You have time to think about stuff

Our minds never stop working. Since you’re in a situation where you don’t have to talk, you might as well let your mind drift freely as much as it wants. What I like to do when I know I’ll spend some time alone (for example on the bus or in a queue) is read an article before going out and then, when the alone time comes, think about what I’ve just read. Some interesting topics will probably pop up in the moment, too, whether it’s from something you overhear or see, or even if it’s something you thought about months ago. And while wandering, you mind might come up with some really great, creative ideas. If such an idea comes to you while dining alone, you should celebrate it by adding a glass of fine wine to the bill!

Pin this challenge to your Self-Improvement board:

5 American waterfalls to bathe in

Follow the steps of Gabriel Garcia Marquez in Colombia

Follow the steps of Gabriel Garcia Marquez in Colombia 0

6 places to visit in Romania 0

Traveling with a Service Dog: 4 Tips 0

Try champing: Sleeping in a medieval church in England 0