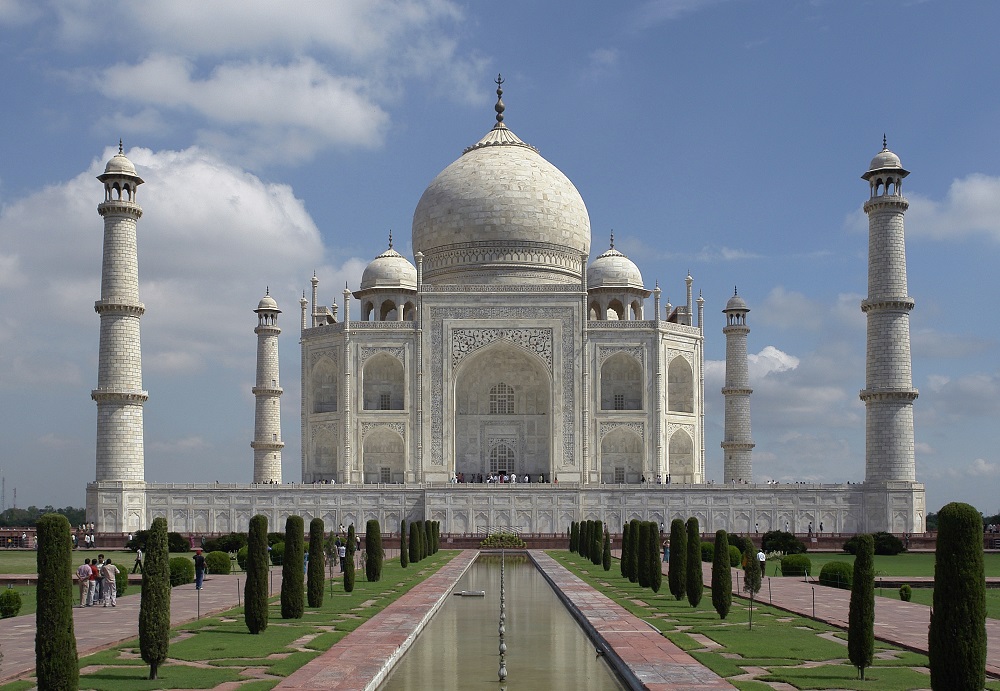 10 dream places to visit in India

203 Challenges 0 December 2, 2022 5:58 pm
Traveling In 2021: What You Need To Know About Traveling For Free
6 Interesting Facts About Golf That You Should Know About
Second Honeymoon: 8 Amazing Destinations Couples Should Consider

India’s tea-strewn plains, sacred landmarks, and dizzying metropolis have long made it a bucket-list trip. India unfolds in captivating flair, whether you’re looking for a laid-back beach vacation in Goa or a dusty cultural adventure to the ancient palaces of Rajasthan. Here are 10 dream destinations to visit in India.

Here are 10 dream destinations to visit in India.

Agra in Uttar Pradesh, is synonymous to the Taj Mahal. Agra was founded on a bend in the sacred Yamuna River. Its marble mausoleums, attractions, and vibrant chowks (markets) get increasingly hectic and murky as the day drags on.

Itmad-ud-tomb, Daulah’s Sikandra fort, and other homages to the Mughal empire are well worth seeing, especially the Musamman Burj, a tower offering city views.

Colourful capital New Delhi is India’s most hectic city, but don’t let that stop you. Most travelers visiting New Delhi admire how the city blends history and modernity; Old Delhi’s heritage landmarks and market cuisine are in the city’s center, but spectacular buildings and high-end restaurants stretch out from there.

Visit Goa’s magnificent beaches on the Arabian Sea to escape the urban haze. One of the top holiday places in India for every type of traveler, Goa blends Indian and Portuguese traditions and offers beach days and all-inclusive resort retreats. Spend your days exploring beaches, waterfalls, and ruins, then party all night in Bardez, Tiswadi, and Salcete.

Rajasthan is a history buff’s ideal location. The state recalls maharajas and sumptuous palaces when kings and queens of earlier ages conducted stately business shielded by ancient mountain-top forts and the surrounding Thar desert. Jaipur, Rajasthan’s capital, is a crucial stop on the famed Golden Triangle route through India’s most significant cultural sites (including Delhi and Agra). Rajasthan’s outlying cities, such as blue-tinged Jodhpur and its Mehrangarh fort, are worth exploring. If time permits, visit Jaisalmer to see sandstone buildings and historic haveli palaces.

Mumbai, the heart of Bollywood and India’s underworld, is full of starlets, artists, servants, billionaires, and hustlers. Through the city’s masses, you’ll find India’s financial, fashion, and religious capitals. Mumbai’s intensity may be overwhelming, albeit not menacing.

Stop in trendy neighborhoods like Colaba and Bandra to refuel at gourmet eateries and glam rooftop bars.

Kerala is one of India’s top honeymoon locations, with 600 km of forest and backwaters. Kerala, south of Goa on the Arabian Sea, is unlike everywhere in India. Kerala is a slow-paced destination with hazy mountain views and flowing waterways. Discover history and culture in Kochi and Thiruvananthapuram, or visit smaller towns for Kathakali trance rites and temple festivals conducted by friendly locals.

The Andaman and Nicobar Islands, India’s most remote state, are worth the 1,000-kilometer travel. Like Kerala, these islands are known for their natural charms, including virgin coral reefs and deserted islets. Just a handful of the 572 islands are accessible to travelers. Havelock (or Swaraj) is the most popular home to Southeast Asian, Negrito, and indigenous populations. Spend your days sunbathing, diving, surfing off white sand beaches, and exploring warm lagoons and rocky rainforests inland.

Ladakh’s desolate, craggy scenery is awe-inspiring and appealing. Its natural splendor draws tourists from throughout the world. Ladakh has isolated, high-altitude places. This site is between the Himalayas and Karakoram. This place has terrific food, including thukpa and momo at Indo-Tibetan restaurants. The Nubra valley showcases the beautiful Himalayas. If you love hiking, go for the Zanskar chadar trek.

Amritsar’s Golden Temple is the “Jewel of Punjab.” The golden building is one of the holiest destinations for Sikhs, gleaming in the sun and reflected in a vast pool. The city also has the world’s largest communal kitchen, serving 100,000 meals daily (including visitors). Spend an afternoon in Amritsar to observe the Beating Retreat Ceremony. Goose-stepping rivals India and Pakistan lock the border gates at dusk in a spectacular ceremony. Dance to Bollywood music with locals early.

Kolkata, the capital of the state of West Bengal, is one of India’s largest and most significant cities. The city on the Hooghly River was formerly the capital of India under the East India Company. British influences are still visible throughout the city. The independence movement started there. After independence, the city became a hub for education, politics, science, culture, art, and literature. Tagore, Raman, Sen, and Mother Teresa called it home. Staying at Treebo Kolkata hotels will make you fall in love with the city.

Are you still wondering where to stay in Kolkata?

Well, there’s always a Treebo around.

As one of India’s major cities, Kolkata has plenty of hotels. To get the best deal of the vacation, search for Treebo Kolkata hotels that meet your travel needs. Suppose you want to be near malls, restaurants, and theaters, select hotels in Salt Lake City, Kolkata. This affluent neighborhood has several up-and-coming IT enterprises and hotels near Kolkata Airport. Treebo Kolkata Hotels on Diamond Harbour Road are near the Chingrikhali Fort and River Hooghly.

Hotels in Kalighat provide old-world charm being one of the city’s oldest districts and home to the Kalighat Kali Temple. Look for Treebo Kolkata hotels in Ballygunge, a wealthy neighborhood with elegant residences, restaurants, and stores. You can also pick hotels in Park Circus, a neighboring property. If you go by train and stay for a short time, browse Treebo hotels near Kolkata Railway Station.

Remember at Treebo Kolkata, customer satisfaction is the philosophy.