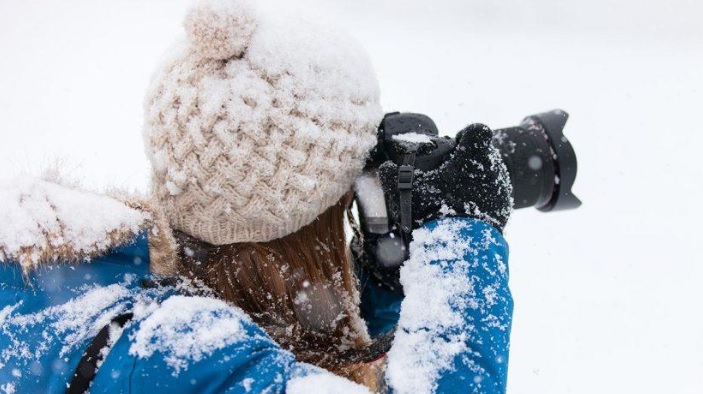 8 Tips on filming your expedition experience

203 Challenges 0 May 6, 2019 12:37 pm
How to determine the direction using only the sun (and a random stick)
Free language learning websites that actually work
A Travelers Guide: How To Find A Perfect Rent A Car Service in Dubai

Many people get the idea of filming their own expeditions and creating a travel channel like the National Geographic channel. It is actually possible given there is a lot of equipment available nowadays that enables you to record yourself without other helpers. Apart from the camera, there are also other things that you need to keep in mind while filming the video. The following are 8 tips on how to film your expedition experience.

Storytelling in the Expedition Video
The story revolves around the purpose of making the expedition trip. Keep coming back to the journey purpose when deciding whether to film a scene. All the footage you take must contribute to the journey purpose including places, people you meet, and the events that will take place. Before beginning the journey, set up the camera to face you and start telling talking about the expedition you are filming now. The most important thing is to be yourself and not try to act like a celebrity speaker. People are engaged in videos that are honest. When filming yourself, look at the camera lens instead of the LCD screen.

Film Every Interesting Scene
Whenever there is something interesting, quickly set up a tripod with the camera and start shooting. Film every interesting scene from various points of views such as upfront, mid-range and far range. The filming of the scene should last for a while, long enough for the audience to watch the clip. Be detailed when shooting a scene, for example, if you are filming an elephant bathing in the river, capture the details of the splash of water, the river, the landscape around the river bank, and the rider of the elephant.

Have Fun While Filming
Don’t miss out on having fun when filming your expedition. Scream, laugh, cry, get angry when it is necessary like in a reality movie filming. Don’t try to do everything correct. Be natural and mistakes. The audience likes to see all these parts as it makes the video appear genuine. Your purpose should be to make the expedition video educational and entertaining at the same time. Don’t get disappointed if you haven’t encountered any interesting scene to film. Just keep making progress in the expeditions and eventually, you will create a complete film to share on YouTube.

Include the Locals in the Filming Process
While traveling, you are bound to have some encounters with the locals. Don’t shy away from them, instead, try to approach them and talk to them. Ask them for their permission to record an informal interview with them. In the informal interview, you can ask them any question such as names, culture, what they do for a living, and travel guidance. People like to see documentary videos that feature the locals as it gives them more experience on what the place is like.

Maintain a Good Audio Quality
The audio quality can be poor in the outdoor filming due to elements like crowd noise, wind blowing, animal sounds, and equipment sound can muffle your voice when you are speaking in the video. You can use a portable voice recorder instead of the built-in microphone on your camcorder to record the sound. A dedicated voice recorder can produce clear audio when you are in a noisy setting. If you are using an external microphone, cover it with a dead cat to reduce the wind noise in the background.

Don’t Use All Your Shots When Editing the Video
When editing the video, don’t try to use every shot that you capture. Use only the shots that are interesting and can engage the audience to stir up emotions. Nowadays, people have short attention span so edit the video last for only 3 – 8 minutes. Cut away the monotonous part of the journey, for example, just show a short clip of you crossing the river, instead, of the entire long river crossing journey.

Compress the Video for Easy Uploading
The version of the video you plan to upload should first be compressed. The best compression format is MP4, as it not only reduces the movie file size but also minimizes the quality loss. Other formats like WMV HD will deteriorate the video output quality. Compressing your video to 3GPP and MPEG-PS formats will reduce the resolutions. You can use a video converter like Movavi Video Converter to convert your expedition video to a compressed format.

First, you must get the software from the movie converter download site and install it on your computer. When you launch it, drag the video inside the software to open it and click on the desired compression format under Video. You can choose from several resolution sizes when you click on a format. It will start the conversion process as soon as you click the Convert button.

Salzburg – attractions for a weekend 0