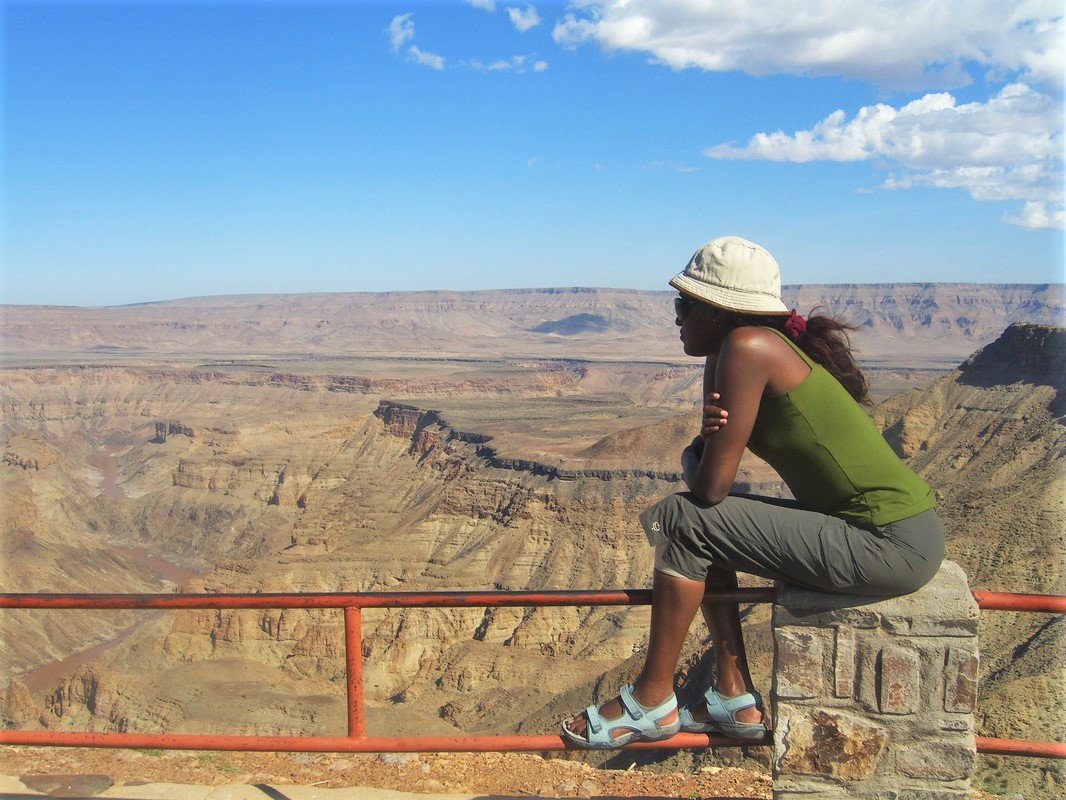 Abyssinian Nomad – an excerpt from the book by Maskarm Haile

Maria Angelova 0 March 21, 2018 4:29 am
What to take to Zanzibar: 10 travel tips for first timers (+packing list)
Egypt: 9 safety trip tips for first-time visitors
Three places to go to feel like an ancient king or pharaoh

Take inspiration before your trip to Africa with Maskarm Haile’s book, “Abyssinian Nomad”, telling the story of an Ethiopian female nomad hitchhiking and couchsurfing her way from Cape to Cairo.

Don’t forget to read our interview with Maskarm Haile here.

Cape Town is one of the most picturesque, fascinating cities I’ve ever been to. It has wonderful weather, trendy cafes and restaurants, interesting bookstores, vibrant art galleries, and friendly people. Cape Town is also a great hub for travelers to embark on day trips to famous South African wineries along the Cape Wine Route: Robben Island, where Nelson Mandela was held prisoner for twenty-seven years, and Cape Agulhas, where the cold Atlantic Ocean and warm Indian Ocean meet.

Cape Town also has one of my favorite beaches – Boulder Beach, where I braved a swim in the cold Atlantic Ocean just because of the southern penguins. Of course, there is also the famous Table Mountain, which can be ascended either by taking a comfortable cable car or for the more adventurous, by hiking up it. Brian and I took our time to explore and enjoy once again the incredible natural beauty of Cape Town and its surroundings. 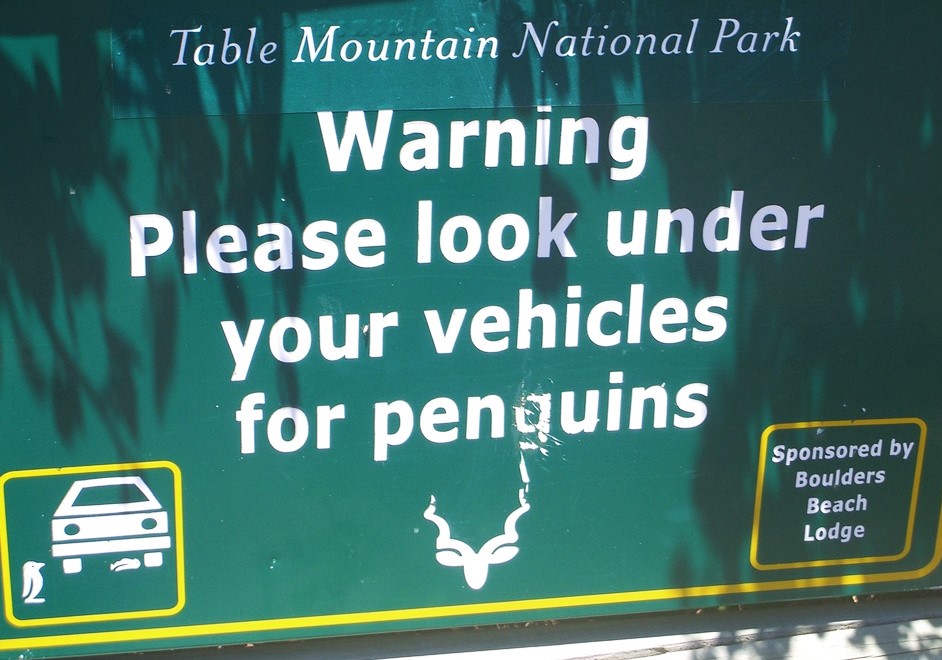 Before heading to the border of Namibia, we decided to stop at the Cape of Good Hope, the most southwestern point of the African continent. The stop at the Cape Point marked the official start of my Cape to Cairo journey. It was the last time I would absorb the breathtaking panoramic view of the mountains and ocean from the top of a mountain, and walk around the lighthouse. We took the famous cable train, “Flying Dutchman Funicular,” leisurely taking in the natural beauty.

But even that gorgeous day didn’t pass without a glitch. As we came down, we stopped at the souvenir shop to buy some cookies (my idea) to celebrate the official start of my Cape to

Cairo journey. But the excitement was very short-lived. As the wind was getting strong, Brian, being the gentleman he always is, decided to bring the car closer so I wouldn’t have to walk. I was left alone with the new bag of cookies I had just opened and my windbreaker I was trying to put on. Suddenly, I felt as if someone was looking at me. Unnerved, I slowly turned to look around. As I did so, my eyes locked with those of a fullgrown male baboon. Terrified, I continued to look around and noticed that he was not alone: there were others starting to circle me. I tried to cover the cookies with my windbreaker, but before I knew it, the big baboon had darted toward me, knowing I had something in my hand. Suddenly, the cookies and my windbreaker dropped from my hand, and he was briefly distracted. Instead of coming for me, he ran to the cookies before his friends could get to them. As I stood relieved, trying to catch my breath, I noticed a tourist with a big camera taking my picture. He was obviously more intent on getting a good photo than he was in coming to my assistance. When did taking pictures become more important than saving someone’s life, I wondered?

It was a beautiful, sunny, blue-sky day, and I was ready to leave South Africa. Our travels in South Africa had been enjoyable. For the most part, it was a place we revisited and reminisced about while we created new memories. We had met new people, visited some amazing places, and filled the car with everything we could imagine we might need for our long journey, including stocking our first-aid box.

We were both genuinely excited. The journey was starting to feel real. I said to myself that it would feel even more real when we crossed the first border, which wasn’t too far away at that point. This is it, I thought, there is no going back!

I whispered my gratitude to the universe for everything, including the car, since it was allowing us to see places that would have been difficult to get to by hitchhiking. I was also incredibly grateful that the car afforded me the little alone time I needed after my Ethiopia trip.

The further north we drove, the more the vegetation changed. We entered the warm, dry region, a territory we had never before explored, and we had no idea what to expect.

After driving for about two hours, our car suddenly stopped without warning. Luckily there was no traffic, and Brian managed to park the car at the side of the road. We didn’t think there could be anything seriously wrong with it. We had entered the town of Springbok and thought the car had overheated because of the long drive. We used all the water we had in the car to cool it off and waited for a while, hoping it would start. It didn’t.

Deep inside, I felt a little guilty, wondering if I had somehow jinxed the car and caused it to break down by not initially wanting it. We were in the middle of nowhere; we could see only a few farmhouses in the distance, and nothing else. We tried to call the company who sold the car to us, but there was no answer. It seemed that Friday afternoon wasn’t a good time to have a breakdown at the side of the road. There was nothing much that could be done until Monday.

We managed to “push-drive” the car to one of the farmhouses. Our knock/honk was answered by a bright young Afrikaans boy who seemed shocked to see two strangers standing outside his gate. Not only that, but the strangers were a black-and-white couple, something he probably didn’t see very often.

We introduced ourselves and explained how our car had stopped in the middle of the road. The curious young man, who must have been around fifteen years old, had no idea what we were saying, but he was quick to open the gate and to help push the car inside the compound where he lived. He later told us his name was Adonis. When his old grandfather came out and found us in the compound, he didn’t share the same enthusiasm his young grandson had. He offered us water to drink—we had poured all our bottles of water on the car, hoping it would cool the vehicle and it would start.

The young man brought out his tools and started checking the car, looking very confident and seeming to know what he was doing. In the meantime, we called the AA (Automobile Association of South Africa) and asked them to send a tow truck to make sure we would be able to reach town before the garage closed for the weekend.

Our new friend, Adonis, almost banged his head on the hood of the car as he announced with one word, “Dead!” And then signaled to Brian, showing him that the engine was dead.

Of course, we didn’t believe him, or was it that some part of me felt he was right, but didn’t want to accept it? Language was a barrier, but we showed Adonis a map of Canada where we came from and, using a map of Africa, showed him where we were heading. He was clearly sad for us, confirming and reconfirming there was no way the car was getting us anywhere.

All photos courtesy of Maskarm Haile.

Salt mines to visit around the world 0