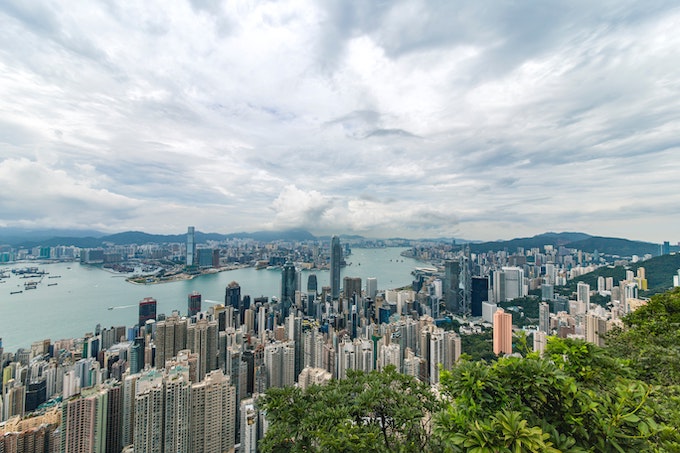 203 Challenges 0 June 9, 2020 9:11 am
How to Stream While Traveling?
The museum where you are in the painting
21 unusual Christmas travel ideas for every kind of traveler

Is there anywhere quite like Hong Kong? The unique, intricate blend of colonial British cues and modern Chinese economic strength can be seen across the Special Administrative Region. From road signs that wouldn’t look out of place on the M25, to skyscrapers that light up the night sky – Hong Kong welcomes, fascinates and enraptures international tourists in equal measure.

But, like other parts of the world, doors were closed to travellers as life went into lockdown due to the coronavirus outbreak. Except there was no lockdown as such. Benjamin Cowlin, of HKU’s school of public health, said: “Hong Kong has demonstrated that Covid-19 transmission can be effectively contained without resorting to [a] highly disruptive complete lockdown.”

Moving from one lockdown to another?

Even so, it hasn’t been business as usual for Hong Kong. Borders remain closed, while schools and other public facilities are only now reopening. And no more than eight people can meet up in public either. Still, the region has now turned a corner and venues such as spas, gyms, bars and cinemas can now start to reopen. So, is there light at the end of the tunnel for tourists?

After a double whammy of political unrest and the impact of global pandemic, China is bringing in a new – and controversial – national security law. Of course, the short-term impact could be a revival of the unrest that we read so much about before. But, thinking ahead, could it change Hong Kong’s position in the region – and make it less appealing as a travel destination?

To sum up what this new law means for business, it all hinges on the USA – which has already said that Hong Kong is “no longer autonomous”. The problem is that Hong Kong gets a special trade status from the American government. Losing this means it loses the benefits that come with it. And the knock-on effect of that is how affordable it becomes to visit Hong Kong.

In Hong Kong, you use the Dollar to pay for things – the Hong Kong Dollar, that is. Let’s call it HKD for short. You can pretty much depend on the exchange rate to remain fairly stable as it’s pegged to the US Dollar (or USD). But for how long will this peg stay in place? We’ll find out in time. But that sort of uncertainty does Hong Kong tourism no favors in the current climate.

How is Hong Kong’s tourism sector fighting back?

It’s a point made even louder when places such as Singapore start looking to become the go-to luxury destination in the region. But the rumors of Hong Kong’s impending demise as a tourist destination are exaggerated – not least when you remember that this is a market dominated by arrivals from mainland China.

In the short-term, locals (and residents of the mainland) are the sector’s target audience. Hong Kong isn’t going to open to visitors from abroad until at least mid-September. Then again, were we expecting UK adventure-seekers to be traveling anywhere until later this summer?

But Hong Kong tourism authorities are still hopeful that a wider net can be cast to support the sector. The region’s tourism agency is putting forward the idea of a ‘travel bubble’. This would mean that travelers from neighboring countries could go to Hong Kong with little or even no quarantine restrictions. It’s not unlike other ideas mooted in other parts of the world.

The Hong Kong tourism industry is slowly waking up from its enforced slumber. But the return of global travelers can’t come soon enough. Sadly, it won’t be a rapid recovery – and it could be well into 2021 before any sort of recovery is possible. So, the sector is moving in the right direction at least. But it still feels like a big moment for Hong Kong in more ways than one.

Be sure that if you have a good start in the school, you will have a lot of opportunities in your future. The innovation private school will give you more chanes for development, traveeling, and tranquility.

3 Reasons Why North America Is Worth Exploring 0