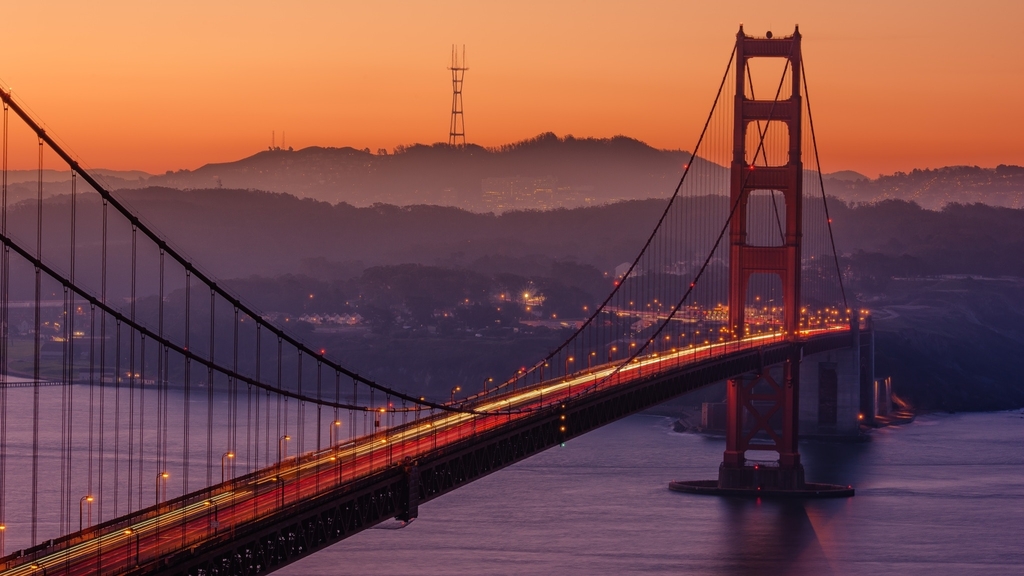 20 quotes about San Francisco that explain why everyone loves it

Nesi Zelenkova 0 January 3, 2021 4:00 am
18 things every traveler should try at least once
7 travel challenges for coffee lovers
Unusual surfing experiences – deserts and volcanoes

The magic of San Francisco explained in 20 quotes by people who have spent days wandering its streets, found poetry in it and called it heaven:

“It’s an odd thing, but anyone who disappears is said to be seen in San Francisco. It must be a delightful city and possess all the attractions of the next world.” – Oscar Wilde

”San Francisco is a breathtakingly beautiful city, with lots of great contrasts between dark and light, often overlapping each other. It’s a great setting for a horror story.” – Christopher Moore

”San Francisco is one of the great cultural plateaus in the world….one of the really urbane communities in the United States…one of the truly cosmopolitan places – and for many, many years, it has always had a warm welcome for human beings from all over the world.” – Duke Ellington

”San Francisco is the only city I can think of that can survive all the things you people are doing to it and still look beautiful.” – Frank Lloyd Wright

”San Francisco is poetry.  Even the hills rhyme.” – Pat Montandon 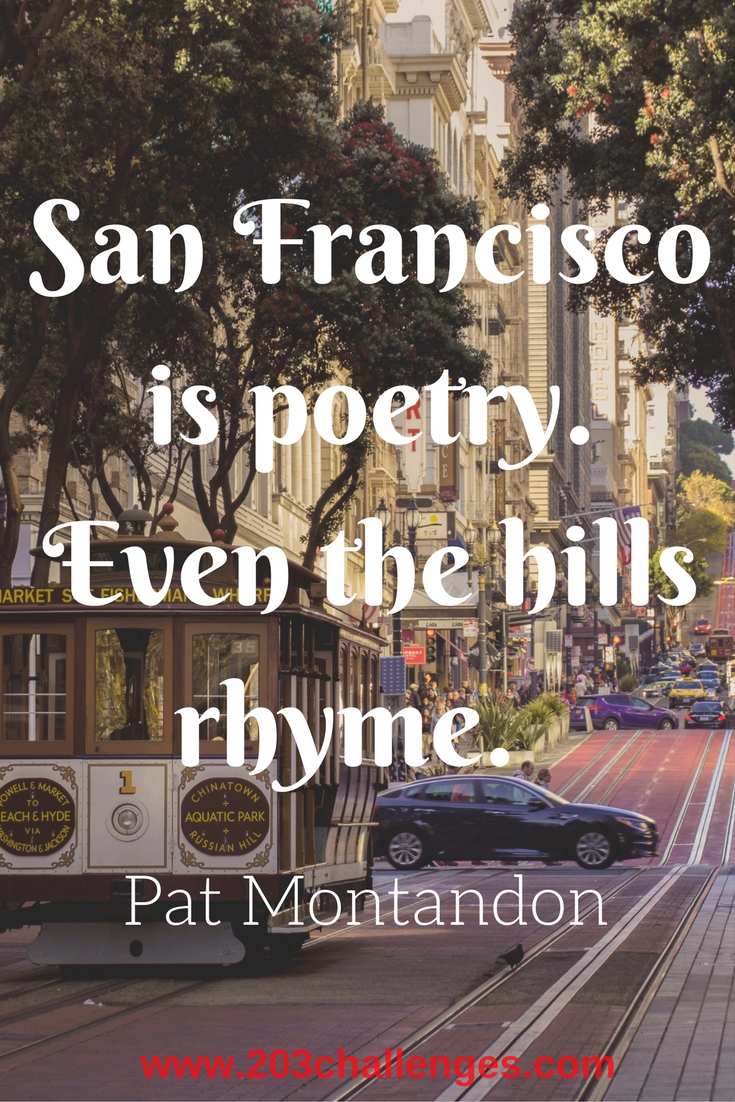 ”Anyone who doesn’t have a great time in San Francisco is pretty much dead to me. You go there as a snarky New Yorker thinking it’s politically correct, it’s crunchy granola, it’s vegetarian, and it surprises you every time. It’s a two-fisted drinking town, a carnivorous meat-eating town, it’s dirty and nasty and wonderful.” – Anthony Bourdain

”One day if I go to heaven… I’ll look around and say ‘It ain’t bad. But it ain’t San Francisco.” – Herb Caen

”Every man should be allowed to love two cities, his own and San Francisco.” – Gene Fowler

”San Francisco is the best place in the whole world for an easy life.” –  Imogen Cunningham 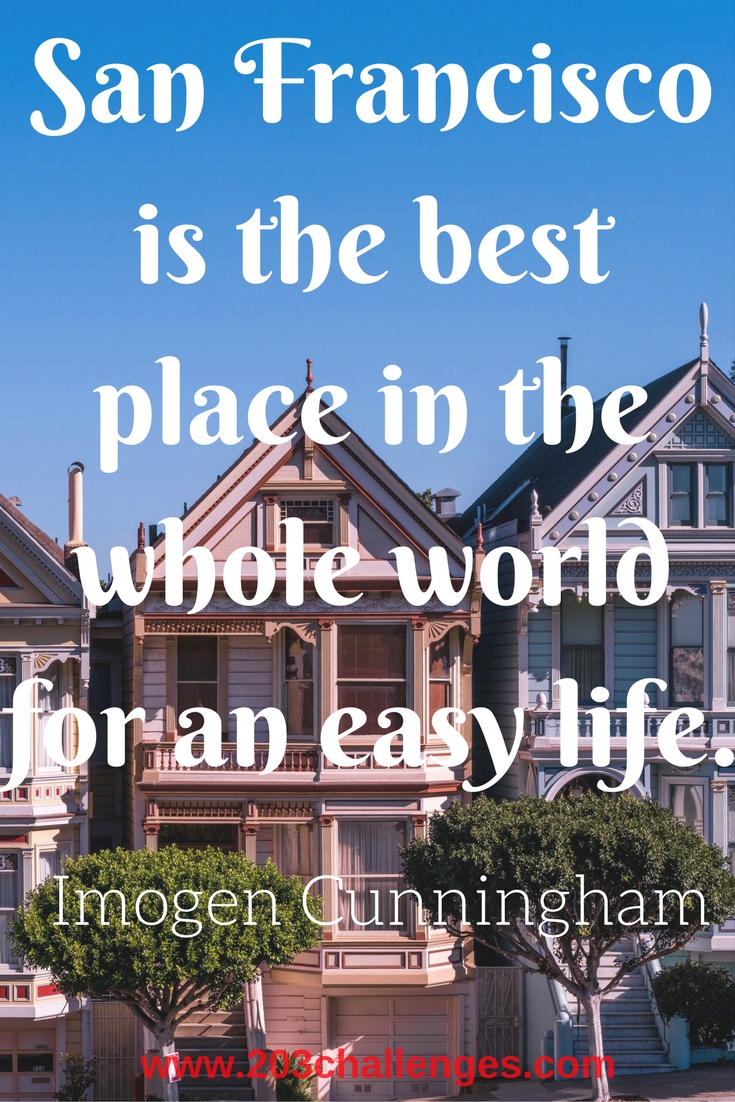 ”I don’t know of any other city where you can walk through so many culturally diverse neighborhoods, and you’re never out of sight of the wild hills.  Nature is very close here.”- Gary Snyder

”The port of San Francisco……is a marvel of nature, and might well be called the harbor of harbors….And I think if it could be well settled like Europe there would not be anything more beautiful in all the world.” – Juan Bautista de Anza

”Your city is remarkable not only for its beauty.  It is also, of all the cities in the United States, the one whose name, the world over, conjures up the most visions and more than any other city incites one to dream.” – Georges Pompidou 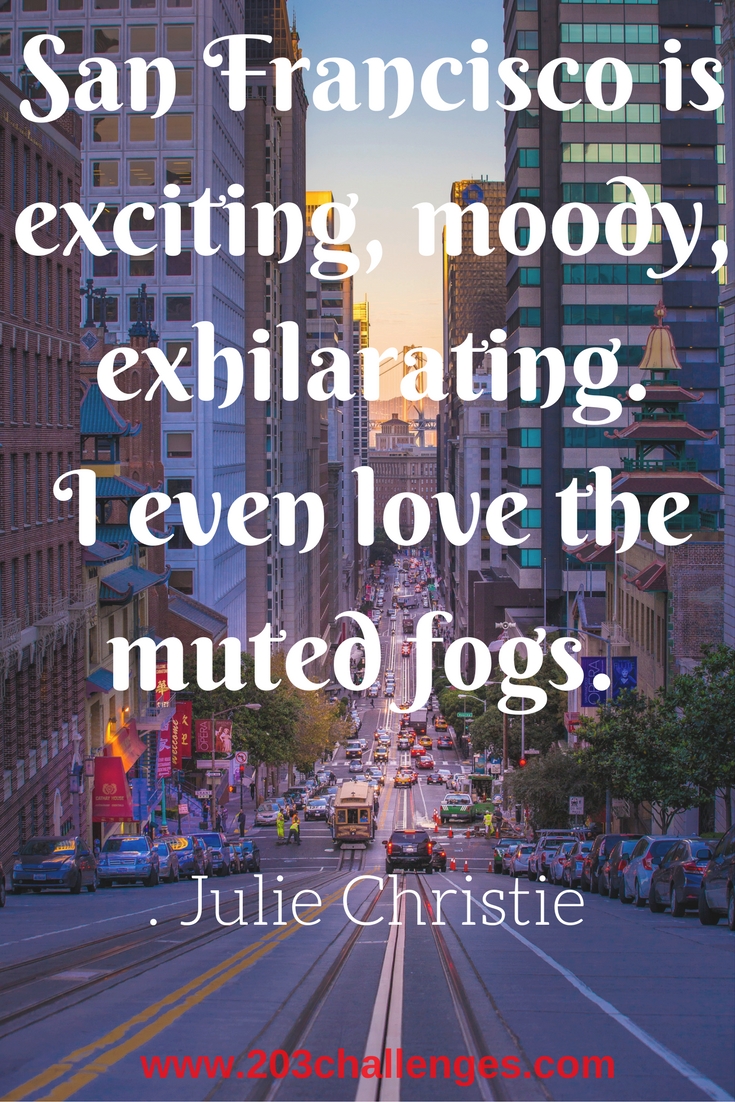 ”Of all American cities of whatever size the most friendly on preliminary inspection, and on further acquaintance the most likable. The happiest-hearted, the gayest, the most care-free city on this continent.” – Irwin S. Cobb

”No city invites the heart to come to life as San Francisco does.  Arrival in San Francisco is an experience in living.” – – William Saroyan

”San Francisco has always been a haven for misfits and weirdos. I’m both of these, which is why I came here.” – Michael Franti

”San Francisco itself is art, above all literary art. Every block is a short story, every hill a novel. Every house a poem, every dweller within immortal. This is the whole truth.” – William Saroyan

”If you’re alive, you can’t be bored in San Francisco. If you’re not alive, San Francisco will bring you to life.” – William Saroyan 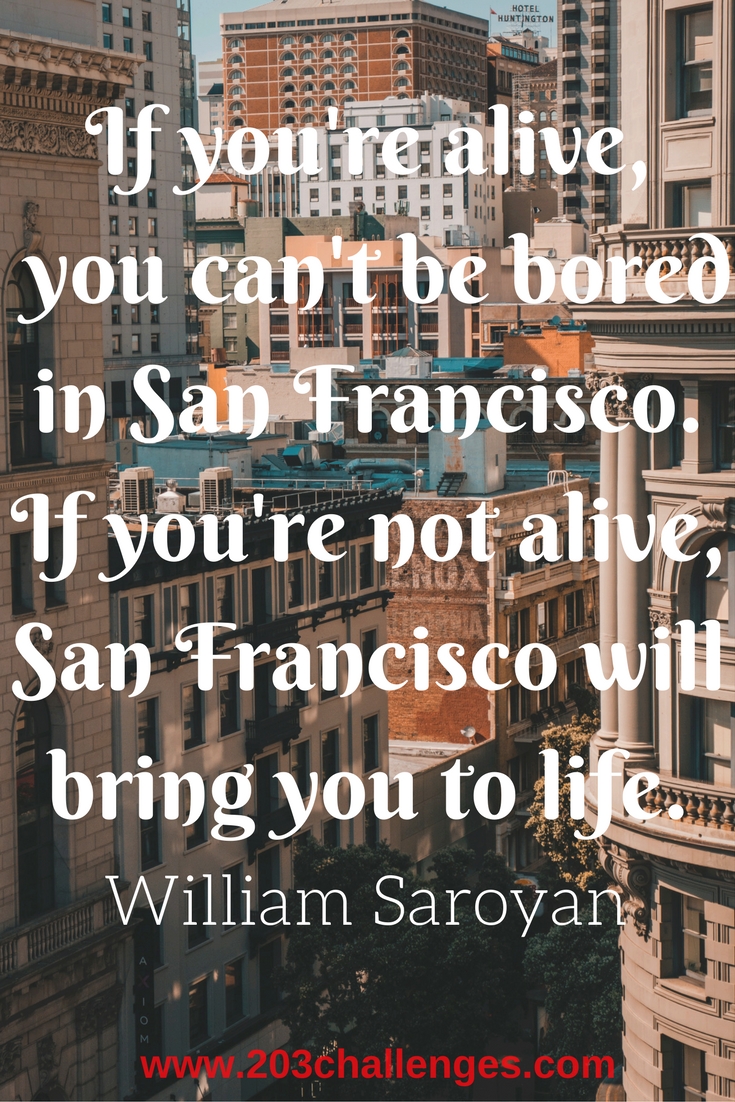 ”To a traveler paying his first visit, it has the interest of a new planet.  It ignores the meteorological laws which govern the rest of the world.” – Fitz Hugh Ludlow

”We’re crazy about this city. The first time we came here, we walked the streets all day — all over town — and nobody hassled us. People smiled, friendly-like, and we knew we could live here… Los Angeles? That’s just a big parking lot where you buy a hamburger for a trip to San Francisco… And the beautiful old houses and the strange light. We’ve never been in a city with light like this. We sit in our hotel room for hours, watching the fog come in, the light change.” – John Lennon

Pin it now so you can come back when the wanderlust is unbearable: 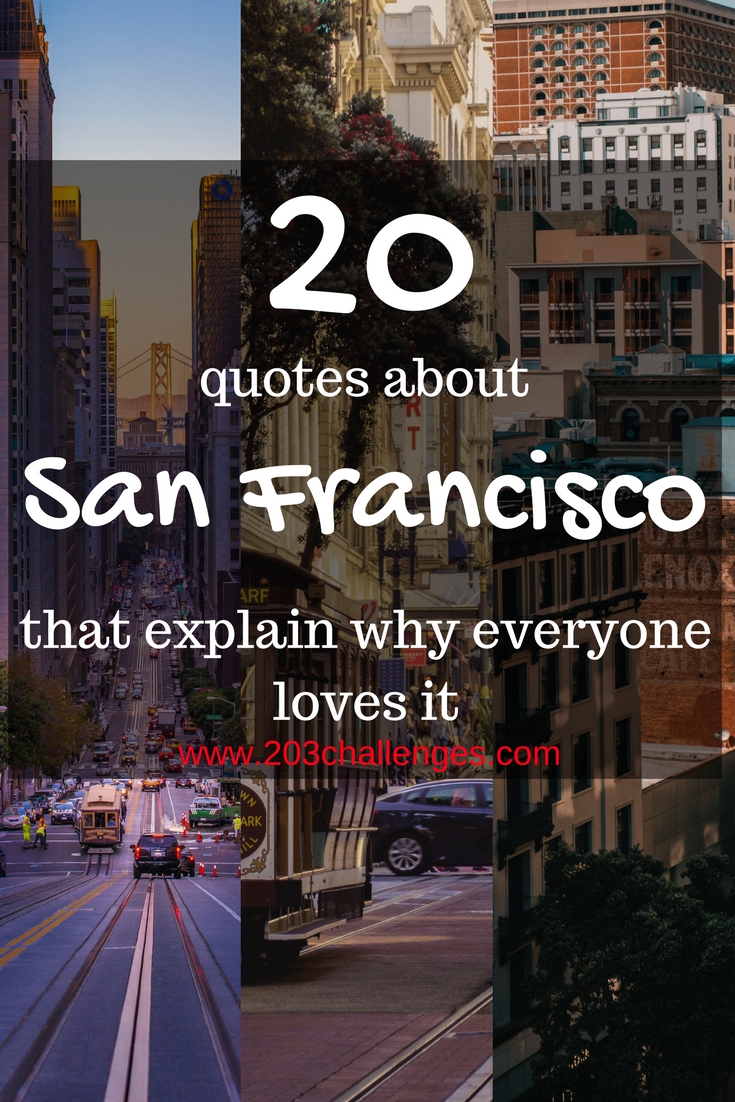