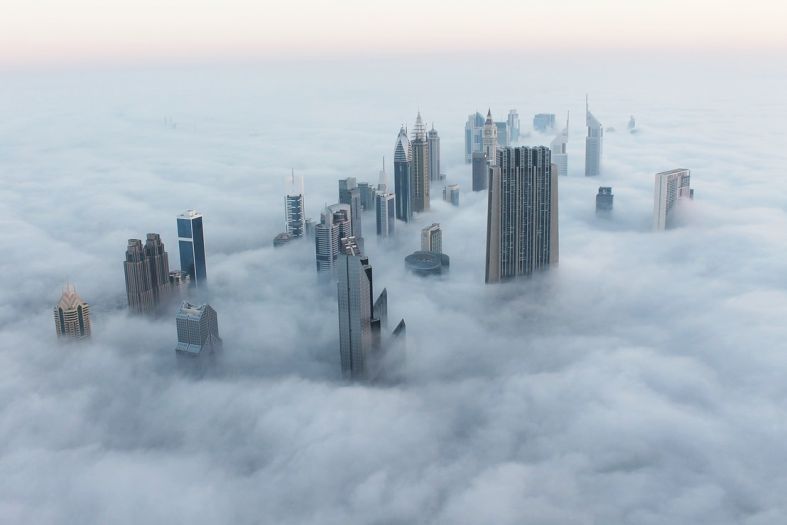 203 Challenges 0 March 9, 2022 12:38 pm
When is the Walk to Work Day and how to make it fun?
11 quotes about Istanbul that explain why everyone loves it
Anne Frank’s House in Amsterdam

Since trips to Dubai are now visa-free for many nations, visiting the exotic emirate is even easier and more accessible. Dubai will impress you not only with its modern buildings and the zeal of always being number one but also with its strict laws (you can walk down the streets untroubled even in the small hours), its colorful palette of foreigners living and working there and of course, its unique atmosphere.

Here are some of the major attractions you should visit during your first time stay in Dubai.

Burj Al Arab – Simply the best! The most luxurious, the highest and the only seven-star hotel in the whole world.

Together with the Palm Jumeirah artificial island, it is one of the brightest symbols of the Emirate. 321 m high and with 60 floors, Burj Al Arab attracts the flashes of thousands of cameras every single day and shelters wealthy tourists from all over the world. The hotel is situated 280 m offshore over an artificial construction and has the form of the sail of a ship. Its impressive exterior, however, pales before its interior design. If you wish to indulge yourself with a night at this hotel, the pleasure will cost you from EUR 700 to the fantastic EUR 20,000. If you want just to take a tour inside, don’t be surprised by the more than EUR 100 entrance fee. The hotel’s Al Mahara underwater restaurant is in the Top 10 of the best seafood restaurants in the world. Here you can taste specialties from around the world, surrounded by thousands of sea creatures swimming behind the thick glass. The Al Muntaha, on the other hand, is another sophisticated restaurant 200 m above the surface, offering a stunning panoramic view both to the entire city and the sea.

Emirates Towers – These are the 32nd and the 72nd highest buildings in the world. They are also declared the number one business complex. Luxury is the term that describes them best, speaking about both exterior and interior, sheltering an outdoor pool with a sky view, several refined restaurants and a beach with restricted private access…

The twisted Cayan Tower – This is the highest twisted tower in the world (as if anyone doubts that anything in Dubai goes without “most”…) The 90 degrees twisted tower is situated close to Palm Jumeirah and it was designed by the same team that created the Burj Khalifa.

Miracle Gardens – Dubai is one of the few places in the world where you can see 45 million flowers of all shapes and colors planted amidst the desert. At the Miracle Gardens you will find 4 km of alleys and 1 km of flower wall, while the compositions are changed several times a year.

Dubai Museum – Yes, the city of the future has a museum, too, not only skyscrapers. The building of the museum stands out against the modern constructions, presenting authentic local architecture. It shelters unique exhibits of the historical and cultural heritage of these lands. You can take a walk in an old traditional market (souq or souk), see craftsmen in action and even spend a night under the stars in the desert. Working hours: 8:30 – 19:30, Friday 14:00 – 19:30, closed on Sunday.

Palm Jumeirah artificial archipelago – Only 5 km offshore you will find a narrow bridge leading to the Palm Jumeirah man-made island. It is built in the form of a palm tree with 17 leaves, each 5 km long and wide. Walking down the fronds you will see small and big hotels, luxurious homes waiting for buyers, restaurants, yacht cubs, and many beaches. After you cross the 300 m bridge, which leads to the beginning of the island, in its upper side – or the crown of the palm, you will notice the magnificent Atlantis Hotel with its two towers linked by a suspension bridge.

Desert Safari – It is highly important that you don’t eat anything three hours before the desert safari, to avoid feeling sick while going up and down the steep sand dunes. After about an hour of wild ride with a jeep car you will reach one of the tents in the desert where you can refresh yourself with drinks and food and take a photo in Arabic clothes. You can also ride a camel or drive a buggy car amidst the dunes. After sunset you will enjoy a show of the legendary belly dance and rich tables with grilled food.

Jumeirah Mosque – No matter what religion you preach, it is worth visiting any of the numerous mosques in Dubai because just like any other building in the city they are built with due splendor and magnificence. Jumeirah Mosque is adorned with white stones and it is located on the coastal road leading to the port. Generally, the entrance of non-Muslims in the building is prohibited but the local authorities have allowed the organisation of group visits to introduce the foreigners to the Arab culture and local customs. The mosque was built in 1900 as a religious school and it was renovated in 1998. The minarets are 70 m high, the tallest in Dubai. An interesting fact is that the mosque has 54 domes – 9 big and 45 small ones.

Burj Khalifa skyscraper – With its 828 meters Burj Khalifa is (still) the tallest building in the world. It houses offices, luxurious apartments, extravagant shopping center and the first and only Armani hotel in the world.

Maze Tower – The 57-story skyscraper is recognized by Guinness World Records as the largest vertical maze in the world. In fact, the stone-made labyrinth is a complex system of interconnected balconies of the apartments and offices sheltered in the building. The concrete interlaced design itself is not by chance, it was created by Adrian Fisher, a prominent maze and puzzle designer. During the night, the labyrinth is illuminated by LED lights. The Maze Tower is situated on Sheikh Zayed Road, close to the Emirates Towers.

Traditional Dubai cuisine – Arabic cuisine will give you the opportunity to taste different meals seasoned with strange spices you have probably never heard of. You must taste the traditional Arab meal shawarma – an Arab pita or wrap bread stuffed with lamb, turkey or chicken meat, garnished with tomatoes, cucumbers, hummus, marinated beets and mango sauce. Its name derives from the Turkish çevirme (a type of barbecue). Its form resembles the popular doner but its taste is much more exotic. Find out more about the Arabic cuisine and culture in Dubai in the Sheikh Mohammed Center for Cultural Understanding.

Traditional souq markets – Fall into the arms of Dubai and take its hug to your home! Bright silks and textiles are found at the traditional local markets – souqs (or souks), situated behind the Dubai Museum in Bur Dubai. In contrast to the markets in the rest of the world, where you can find everything, in Dubai each market is specialised in specific goods or products – a spice market, perfume market, and so on. The Gold Souk in Deira is the most popular one. Thanks to this market, Dubai is known as the City of Gold.

Shopping in Dubai – Dubai is considered one of the best shopping destinations in the world and it is not only thanks to the world-popular fashion brands but also because of the cheap prices of certain goods and products. In January and February there is a shopping festival with fireworks, live performances and 75% discounts on designer clothes, jewlery, electronics and other attractive products (information about the time and dates here). The Al Riqqa Road is full of numerous boutiques; it is often called the Champs Elysees of Dubai. The complex around the Burj Al Arab skyscraper, on the other hand, shelters the biggest trade center in the world – Dubai Mall, situated over an area equal to more than 50 football fields. Shops offering cheap clothes and dressmaking and tailoring shops are found in Karama. Works of local artists can be purchased at The Majlis Gallery. And since everything is possible in Dubai, after a good shopping tour, it is time for sports, and the good thing is that you can do both at one and the same place! If you don’t trust us, go to the Mall of the Emirates. This is the only place where you can go skiing or snowboarding on huge artificial slopes in a freezing temperature while outside the thermometer hits 48°C. Or you can simply have a cup of Arab tea at the nearby cafes.

Nightlife in Dubai – The nightlife in Dubai is as rich as Dubai itself. Luxurious bars, jazz clubs, live shows, karaoke bars, and plenty more. You should not forget that the sale and consumption of alcohol is banned except at certain licensed bars. If you break this rule, you risk being charged with a steep fine.

The Little Mermaid in Copenhagen and her amazing adventures 0