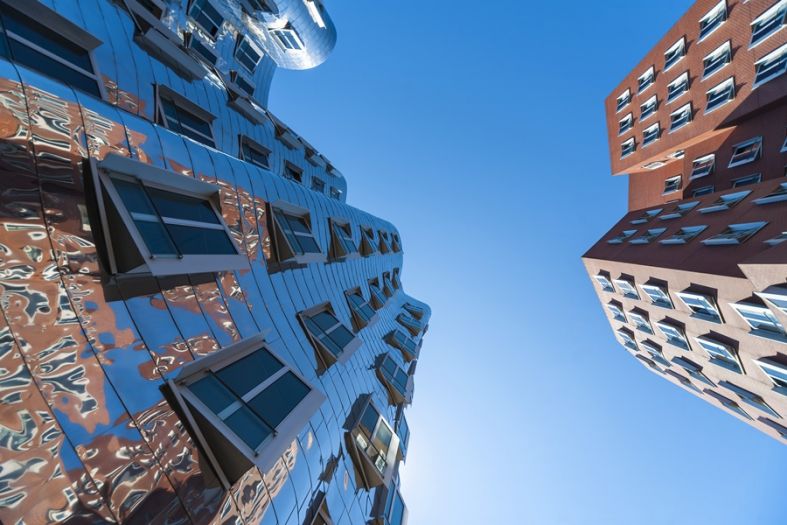 Dusseldorf – attractions for a weekend

Visiting Dusseldorf for the first time? You will be welcomed into this German town by castles, towers, interesting museums, and naturally – beer.

Below is a list of some of the key attractions in Dusseldorf, which you really shouldn t miss.

The Old Town (Altsadt) – This is the historical center of Dusseldorf. You will find many restored old buildings here, along with shops and restaurants. In fact, the area is also known as the “longest bar in the world”, because it is home to over 300 establishments. Altsadt also includes the St. Lambertus church, as well as the old town hall building (Rathaus).

Castle Tower (Schlossturm) – it is located at the Burgplatz square, in the center of the Old Town. This is where count Berg s castle was previously situated, but was burnt down to the ground in 1872, leaving only this tower behind. Today it houses the Maritime Museum (Schifffahrt Museum), where you can learn about the history of sailing down the river Rhine.

The Old Town Hall (Rathaus) – Built in 1573, but renovated many times after World War II, the building finally got its current façade, primarily constructed out of red brick stones. It is located in the Markplatz square, in the heart of the Old Town. In front of the building you will find the statue of Jan Wellem, mounted on his horse.

St. Lambertus Church (Katholischen Pfarrgemeinde St. Lambertus) – If you look closely, you will notice that the church s tower it twisted. According to the legend, in the past the basilica was used for the wedding of a girl, who lied about being a virgin. The tower couldn t face the burden of this shame, and turned away. Actually, the tower is twisted because the wood they used to build it was still moist and curved as it dried. The church is a brick stone building constructed during the 14th century. It is located in the Old Town.

Carlsplatz Square – In the past, this square attracted villagers from the surrounding areas, who sold their produce here. Today you will find small shops selling snacks, souvenirs and flowers. The square is surrounded by an abundance of well-preserved baroque houses. You can visit the shops from Monday to Saturday.

Rhine Tower (Rheinturm) – This is the telecommunications tower of Dusseldorf. With is 240 meters, it looks over the city, which you can also do from the restaurant on the tower s last floor – the view is absolutely beautiful. The tower is also famous for having the largest digital clock in the world.

Benrath Palace (Schloss Benrath) – A baroque structure, used as a summer villa. It has a huge lake, with a fountain and birds, among the luscious gardens. Part of the palace now houses the Museum of Natural History; another part is dedicated to the Museum of European Garden History. The central wing of the palace is also a museum and the second floor is where the government has a few apartments, where important guests are hosted. The palace is situated in the outskirts of Dusseldorf, in Benrath.

A Walk by the River Rhine – Rhine flows through the middle of Dusseldorf. You can jog, rollerblade or simply stroll down the riverside pedestrian area. There are plenty of bars and eateries nearby, where you can have a delicious meal and enjoy some beer. Above all – watching the sunset over the Rhine is an unforgettable experience.

Film Museum (Filmmuseum) – It is situated in the Old Town. Here you will learn everything you need to know about German film history, you ll be able to examine old movie cameras, projectors, filmstrips, slides, posters, costumes, as well as some of the most prestigious awards in the world of cinema: “Oscar”, “Palme d Or” and “Golden Lion”. The museum has its own movie theater, where you can watch one of the great pieces of German cinema.

Modern Art Musuem K21 – The Modern Art Museum of Dusseldorf houses works from all corners of the art world. All of the exhibitions are from the 21st century and include photographs, caricatures, video clips, paintings, sculptures, movies, interior design, and technological innovations. The last floor of the museum is roofed by a glass dome and offers a beautiful view of the city. F

City Museum (Stadtmuseum) – This is where you will learn about Dusseldorf s past and present. You will find old photographs, maps and drawings, to help you gain a better understanding of how the city has evolved over the years. The museum also exhibits everyday objects from the cultural history of Dusseldorf, such as fine china, cutlery, clothing and paintings.

Ceramics Museum (Hetjens Museum/Deutsches Keramikmuseum) – Situated right by the Film Museum. Here you can delight in a rich exhibition of ceramics from all over the world – North and South America, Asia, Europe. There are dining sets, fine china, porcelain dolls and figurines.

Hofgarten – A beautiful park in the center of Dusseldorf. You will come across many species of song birds, as well as swans and ducks swimming in the lake. This is a wonderful spot to have a picnic, read, exercise or just take a walk. Many summer evenings come with open-air concerts in the park.

North Park (Nordpark) – A gorgeous park with flowers and water fountains, completed by a Japanese garden, with its traditional rubble pathways, curved little bridges, lakes and blooming trees. Here you can become one with nature and feel as though you have actually been transported to Japan. In the center of the park is the aquarium Aquazoo.

The Aquarium Aquazoo – Aquatic animal species from all over the world have been gathered here. You will see tiny fish, but also sharks, crocodiles, alligators, otters and turtles. In the small rainforest that has been recreated in the zoo, you will find yourself amongst flickering birds and other insect species. Aquazoo is situated in Nordpark.

Shopping in Dusseldorf – The biggest variety of shops is on Königsalle street. That is also the location of the Galeria Kaufhof shopping center, where you can find anything and everything. For something more unusual, go to the Carlstadt neighborhood, where you ll find boutiques and art shops.

Dusseldorf Nightlife – It consists primarily of the “longest bar in the world” – the Old Town with its numerous bars, clubs and restaurants. Go to the Bilk district for an abundance of dance clubs where you can party until sunrise.

Angkor Wat: How to avoid the crowds and skip the lines

How to visit the Gates of Hell in Turkmenistan 0