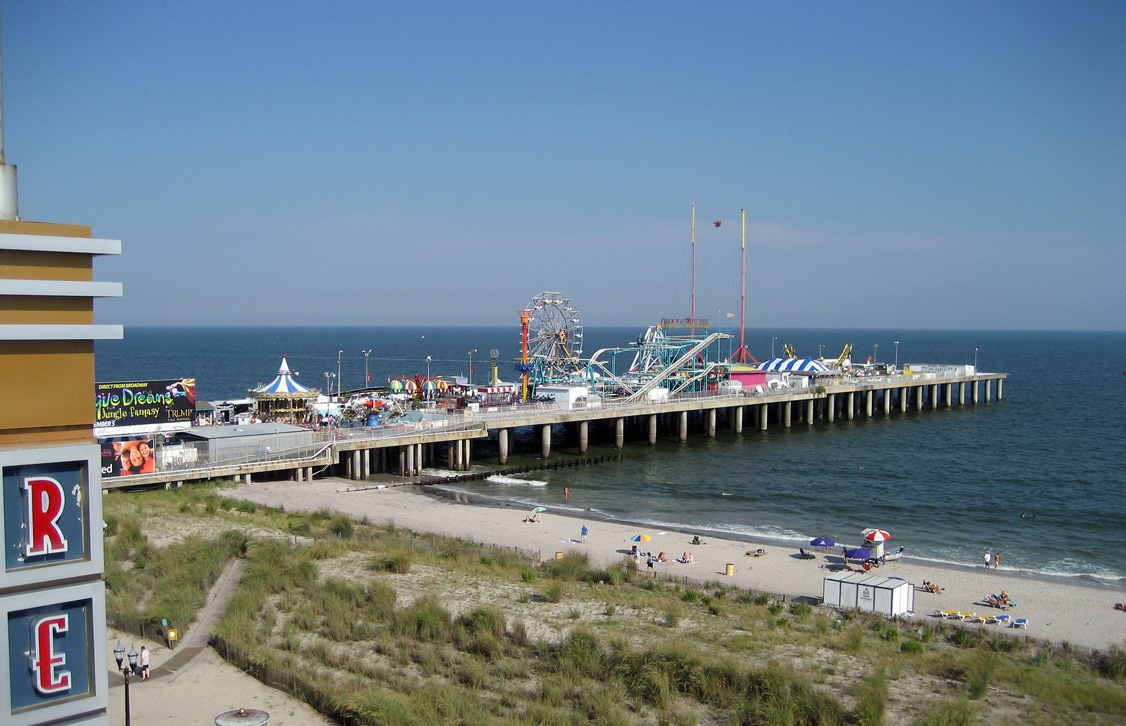 Fun things to do in Atlantic City this summer

Maria Angelova 0 July 11, 2018 1:43 pm
Madrid’s Golden Triangle of Art: the highlights (part two)
7 unique NYC activities for an unusual trip
5 reasons why you should add Krakow to your list

We are referring to none other than Steel Pier, Atlantic City’s oldest, yet most popular theme park! Although it’s certainly not the biggest, and probably not the best, amusement park you’ll ever go to, it most certainly has an authentic feel. It’s truly a blast from the past – with the old time skill games, the smell of popcorn and cotton candy and the thrill rides – all stretched out over the ocean.

The park was originally built in the late 1800s. It opened in June 1898 but was destroyed in a fire in 1924. A year later it was renovated but during the Ash Wednesday Storm of 1962, parts of the pier were damaged or lost once again. Sadly, that would not be the last time the pier would be damaged. Another fire occured in 1969, six months before the opening of the 1970 season, which shortened the size of the pier by about a third. It’s pretty remarkable how this park survived all of these disasters.

Although the park itself is not that big, it has the third largest Ferris wheel in the world – and needless to say, the views from up there are magnificent! You might also want to check out the park at night too. It takes on a different feel with the colourful lights turned on. Even if you’re just enjoying a pleasant walk along the boardwalk, it’s worth checking the place out!

Explore the inside of an elephant

This gigantic elephant structure is known as ‘Lucy the Margate Elephant’ and is located in Margate City, New Jersey, just two miles south of Atlantic City. The elephant was built in 1881 by James V. Lafferty and is made of wood and tin sheeting. The six-story high structure was originally named Elephant Bazaar is considered a wonderful example of novelty architecture – and also – the world’s biggest elephant of course!

V. Lafferty fashioned Lucy after P. T. Barnum’s Jumbo, a famous circus elephant in those times. He built Lucy for real estate purposes, i.e. to attract potential buyers since he pretty much owned most of the real estate in what was then called “South Atlantic City”. His idea was to give people a tour inside the elephant and then show them his land holdings in the area to try and get them interested in purchasing one of his properties. Although the plan was very original, it didn’t work out for Lafferty who had to sell Lucy a few years later.

However, what might actually surprise you, is that under this new owner, this little peculiar construction was rented out as a residence to an English physician and his family! The family built four rooms inside the elephant and lived in it in the summer of 1902. The elephant has also been through rough times throughout the years and was almost about to be demolished 1969, but luckily, the elephant survived its surmise thanks to the Save Lucy committee, a non-profit organization that was formed in order to stop the elephant from being torn down.

In 1976 Lucy was designated as a national historic landmark, and true enough, she has been serving as a unique attraction for over 136 years. A 30-minute tour of the elephant will teach you more about Lucy’s unique architecture and history, and the best part is that you will get to climb a spiral staircase through her insides all the way up to the howdah on her back, providing a spectacular 360° view of the surrounding shore area.

Needless to say, this kind of outing is interesting for both children and adults. There are also a couple of picnic tables on site for you to enjoy a meal after you’re done touring too!

Get a good view of the city

Absecon Lighthouse It’s another authentic and unique place that’s worth a visit! Standing at

The lighthouse is situated in the north end of Atlantic City and was built in 1856. The man behind the idea was Dr. Jonathan Pitney, who is also considered to be the Father of Atlantic City. Dr. Pitney was a physician from Philadelphia who truly believed that the peace and tranquility of Absecon Island had a therapeutic effect.

He proposed the construction of the lighthouse in 1930, due to a number of shipwrecks that occured just off the coast and the inlet. The proposal was first rejected after many years since this it was submitted to government entities, but this didn’t stop the doctor in his tracks. He went round gathering petition signatures for years until finally the lighthouse was approved and completed in 1857.

Apart from the mesmerizing views that are in store for you after you’ve climbed the 228 spiral steps to reach the top, the tower itself is a wonderful historical landmark. Everything in the tower itself is original including its first-order Fresnel Lens which is still in place at the top.

Today, the lighthouse has had a lot of restoration done, including a replica of the Lightkeeper’s dwelling, an educational museum, a lovely gift shop and more.

Hit the beach, because it’s summer after all!

When it comes to beaches in Atlantic City, you’ve got plenty to choose from! But just to mention a few, our top favourites are Gunnison Beach and Cape May.

Certainly not for the whole family, Gunnison Beach is the only legal nude beach in New Jersey which can be found at the northern tip of Sandy Hook. However, it’s certainly a tranquil and relaxing beach that offers a wonderful view of Staten Island and Manhattan too! On the other hand, if you’re looking for something more family-friendly but quiet nonetheless, you can pick and choose from one the many bays and boroughs of Cape May.

Cape May which is lined with fascinating Victorian homes, some of which sit right on the beach. Contrary to Gunnison beach, controlled behaviour is a necessity here. The entire city is a National Historic Landmark. If you’re one that loves taking photos, you’ll quickly find that Cape May offers wonderful views and locations for you to capture with your camera and phone!

A nature lover’s photoguide to our planet 0

Warsaw – attractions for a weekend 1

The most creative way to fill potholes 0

Traveling In 2021: What You Need To Know About Traveling For Free 0