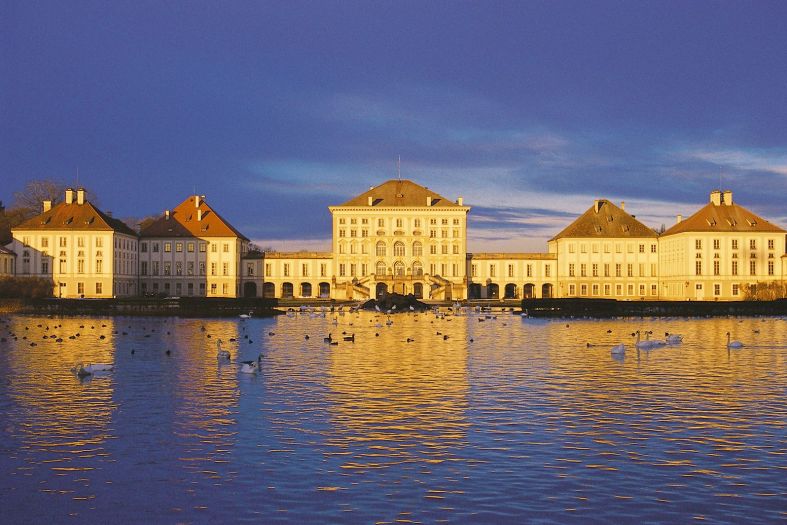 Munich – attractions to see in a weekend

203 Challenges 0 March 8, 2022 10:17 pm
10 Tips For Destination Wedding Packing List For Bride
10 free and fun things to do in Copenhagen
The Ear of Dionysius in Syracuse – a spot (not) to whisper your secrets

It is inevitable – the capital of Bavaria will become one of your favorite German cities, especially if you visit it during the Christmas holiday season or Oktoberfest.

A large portion of the city was destroyed during the bombings of World War II, but today Munich has not simply been restored – it is livelier than ever.

Below you ll find some of the key attraction to visit in Munich:

Oktoberfest – Where else would you drink beer from a mug the size of a soccer ball, while swinging your hips to the rhythm of Bavarian national music? Tons of beer, sausages, cheerful music, dancing and heaps of great times! The largest beer festival in the world begins around the 20th of September, but the exact date is different every year. Get your costumes ready – leather shorts and suspenders for the men; flared skirts, white shirts and corsets for the women. Cheers!

Cathedral Church of Our Lady (Frauenkirche/ Dom zu Unserer Lieben Frau) – This is the symbol of Munich. Enjoy the beautiful view from its gothic towers – the place in the city where nobody will stand above you. The Germans have made sure this would always be the case, by passing a bill, which forbids the construction of any buildings taller than 100 meters in the central city area. That is why Frauenkirche can be seen from around the city, its bells being a certain way to attract everyone s stare. Make sure you pay close attention to the floor in the back of the church – you will see an indented footprint there. They say that it was made by the Devil, who stomped his feet in ager, after laying his eyes upon the beautiful church.

The New Town Hall (Das Neues Rathaus) – Have you ever seen a story-telling clock? Every day, exactly at 11 AM, noon, as well as 5 PM during the summer, figurines appear from the town hall s clock tower and, in the span of 10-15 minutes, recreate a knight s tournament, followed by the coopers dance. The building is impressive in its Neo-Gothic architecture and is located in the central square Marienplatz.

The Art Museum (Pinakotheken) – This is a huge museum area, which has gathered together works of art from nearly every century. In the museum s old section, called Alte Pinakothek, you will find art from the period 14th-18th century, by French, German, Dutch and Italian painters. The works of more contemporary artists, such as Monet, Van Gogh, and Cezanne can be found in the new section, or Neue Pinakothek. The Pinakothek der Moderne, on the other hand, displays masterpieces from Kandinsky, Klee, Picasso, and others.

Marienplatz – This has been Munich s central square since 1158. It has received its name because of the Virgin Mary column, erected at the end of the Swedish rule. The New Town Hall, where every day at 11 AM, noon and 5 PM during the summer, you can see the reenactment of medieval stories, is also situation on the square. The higher reenactment area of the clock tower has life-sized sculptures, mounted on horses, recreating a medieval tournament in honor of Wilhelm V – the local duke, and his wedding day. On the lower side you will see the coopers dance. According to the legend, they danced around the streets of Munich, during the 1517 plague. The end of the show is announced by a tiny mechanical gilded bird, which chirps thrice.

Hofbräuhaus – What do you think about getting your personal, monogramed beer mug? Those who frequent the Hofbräuhaus beerhouse get one of those. In the past, what once was the location of Hitler s assassination attempt, is now a lively eatery, where each evening you can enjoy German folklore performances, and endlessly long tables, which become landing strips for cold beers and traditional delicacies, such as sausages, pretzels, apple pies and many more.

The English Garden (Der Englischer Garten) – What about a nap on the grass or perhaps a picnic? Rowing or even surfing? If you feel like your clothes are getting in the way, here you can catch the sunrays in the nudist zone. This English-style park in the center of Munich has something for everyone. This is one of the biggest gardens in Europe, larger than New York s Central Park. The only thing left to do is decide whether you d prefer to relax or workout, among the greenery and lakes.

The World of BMW (BMW Welt) and the BMW Museum – Welcome to the world of BMW! This is a must-see for every car enthusiast. It is the place that exhibits all the technologies behind one of the best automobile companies in the world. The museum s round façade is impressive, but the inside is even more memorable, because it houses everything that BMW produces today, alongside many retro models.

Olympiapark – An outdoor cultural and sports center. This is where concerts, exhibitions and sports events are held. At the heart of the park is the Olympic stadium (Olimpyastadion), with its 80,000 seats and a design meant to resemble the Alps. Don t forget to visit the “Walk of Stars”, with the prints of famous individuals who have visited Olympiapark. The park is also home to the aquarium Sea life (more information here), full of tropical fish, sea turtles, octopuses, and even sharks.

Munich Documentation Centre for the History of National Socialism – The exact location which once was Hitler s headquarters and in the city that he defined as the “capital of the Nazi movement”, will now be home to a Nazism museum. It will trace the steps of Munich s impact, in the development of the movement in Germany. It is expected that the museum will open its doors to visitors at the end of 2015.

Nymphenburg Palace (Schloss Nymphenburg) – For many years this was the primary residence of Bavarian rulers. This Baroque structure was built at the end of the 17th century, but its stables now house am impressive collection of ancient carriages, called Marstallmuseum. The palace s fountain is functional due to a pump system constructed in 1803, and you can take a walk down both sides of the canal, around the two lakes.

Munich Zoo (Münchner Tierpark Hellabrunn) – It is divided into sections, according to the native continents of its inhabitants – Europe, America, Africa, Asia. This is a wonderful place for people of all ages, where you can learn, while having fun.

Christmas Markets in Munich – Munich is the best place in Germany to attend a Christmas market. The spirit of Christmas fills the city as early as November. The traditional markets can be found in a few key places around the city, with wooden house-shaped booths, placed on the main streets and squares. There you can buy sausages, candy, cookies with cinnamon and anise, cotton candy, chocolate figurines, roasted chestnuts, Christmas punch, Christmas tree ornaments, and decorations. If you are lucky enough to visit Munich around Christmas, you ll find the traditional holiday cake, called Stollen, everywhere. It resembles the Bulgarian Easter Bread Kozunak, but contains a lot of dried fruits, nuts and seasonings. The largest Christmas celebration, Tollwood, is held at the same location as Oktoberfest.

Shopping in Munich – Fashion and beauty enthusiast should head straight to Maximilianstraße, to buy perfumes, produced in the Munich area. If you are looking for souvenirs, artwork, or handmade household items and decorations, Sendlingerstraße is the place for you. If the weather is bad, make the best of it and go to the Olympia Einkaufszentrum shopping center. You can find whatever you are looking for under its glass roof, since it is the largest mall in Bavaria.

Try a Weißwurst – There is no universe where you can wake up in Munich and not be served breakfast, containing this white boiled sausage with spices, along with sweet mustard and a pretzel. Don t miss out on the opportunity to enjoy them!

Taste Leberknödelsuppe – This is one of the most popular German soups: clear beef broth, with beef liver noodles. Don t let it get cold!

Bavarian Cream – Time for dessert! The Bavarian Cream (Bayerische Creme) is a simple sweet treat, but it will leave you asking for more. Germany is definitely the place to give it a taste.

Nightlife in Munich – A bar or a traditional beerhouse is the best start to the evening in Munich. You can find plenty of those establishments in the central area of the city. The region around the Münchener Freiheit square in the Schwabing neighborhood is the epicenter of nightlife, with dance clubs offering various types of music, jazz clubs, bars and pubs. The night is calling you, enjoy it!

7 Thailand quotes that explain why people love this country 0

4 reasons why you should cruise Norway this winter 0

25 geography facts that are unbelievable but true 0