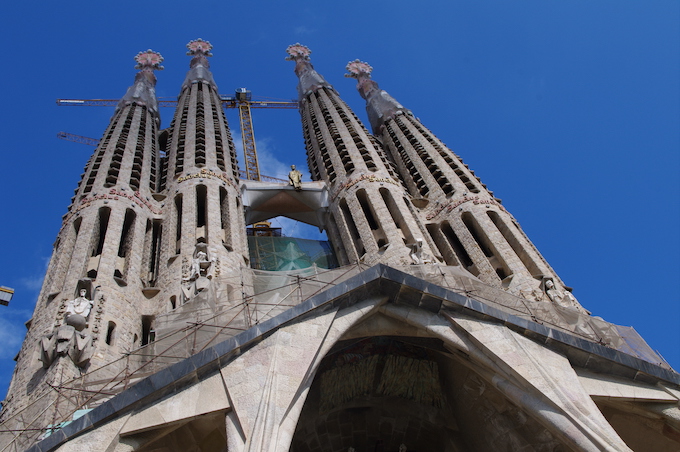 203 Challenges 0 August 16, 2022 7:07 am
How I swapped my bed for a hammock this summer (and kept on going to work)
Topmost Fun Activities That You Can Enjoy In Navarre Beach
5 Ways to Stay Safe When You’re Walking Alone at Night

Barcelona is the second city of Spain, and it is quite unique. It is one of the few cities with its own identity, a definite must-see on your bucket list. In the early 20th century, many artists and architects lived there and transformed the city, like Antoni Gaudí, whose iconic and memorable buildings are one of a kind and deserve admiration. There is something for everyone to enjoy in Barcelona. When you are planning a trip to the city it is a must that you include in your to-do list an exploration of the buildings designed by Antoni Gaudí like Casa Battló, Casa Milà, Gaudí House Museum, Park Güell, and -of course – la Sagrada Familia, Gaudi’s Magnum Opus. And here is why you should not miss them on your visit:

The Sagrada Familia is a symbol of both Barcelona and Gaudí, and today it stands as his most elaborate and extraordinary work in the city. It is one of the most iconic landmarks in the city, the towers of the temple define the skyline and his design of the exterior is a matter of debate; some think of the building gaudy and over the top, and others consider it a masterpiece for the intricate detail. This temple – that is still under construction since 1882- is a unique gem and also one of the most iconic buildings in the world. The interior is as stunning as the outside in its own way, with the high ceilings and stained-glass windows that allow the sunlight to stream in and bathe visitors in a beautiful colour show. It is an amazing piece of work and definite must see of Gaudi’s designs. It is necessary to book a ticket in advance to enter the church, and there are several tour options you can select from for your trip.

Park Güell is one of Gaudi’s demonstration of love to the world. It has many colourful mosaics of the park are beautiful and worth admiring, and you can even get some amazing views of Barcelona from the park as added bonus. It is a beautiful residential park that is worth the visit. To spend the day and have a lovely picnic.

The Gaudí House Museum is a model house located at Park Güell. Gaudí designed it as a model home to attract residents for the complex that was going to be built, but since it did not go well, Gaudí bought it for himself and lived there from 1906 to 1925, and in 1963 it opened as the Gaudí House Museum, with a collection of furniture designed by the architect, as well as other items.

Casa Milà, also known as “La Pedrera”, or the “Stone Quarry”, due to its resemblance to the facade of an open quarry. It was the last project that was designed by Gaudí before he commited his time exclusively to the Sagrada Familia. The building is unique with its exterior curved style.

Casa Batlló, also known as House of Bones – due to its visceral, skeletal organic design – is a one of a kind building and looks like a scene from a Doctor Seuss book; it has funky themed rooms, really bright interior colours, and a widely dramatic curved architecture that makes you feel like you are in an optical illusion, that make it a truly unique building. It is the result of a total restoration of and old traditional house that was built in 1877.

These are some of Antoni Gaudi’s best architectural projects, he dedicated all of this time and effort into his work that allowed Barcelona to become such an interesting and artistic city. We also want to share other sites that make Barcelona such a beautiful city, that are worthy of your time and admiration.

Considered as the most iconic street in Barcelona, La Rambla is a big boulevard that goes from Plaça de Catalunya to the seafront. Originally, it marked the edge of the downtown during the Middle Ages before it became a famous street full of cafés, shops, and the famous La Boqueria food market.

Some time before, the area of Gràcia was an independent town that was on the edge of Barcelona. Later, in the 19th century in was annexed to the city. The Passeig de Gràcia is a route full of history that links the two areas, and has been compared with the Champs-Élysées in Paris for its many designer and luxurious boutiques.

The Ciutadella Park is the centrally located green space in Barcelona, that has been a gathering point for residents in the city since it was built in 1877. When it first opened, it was the only public park you could in the city. Today, you can find there groups of people practicing yoga, the Catalan Parliament and the Barcelona Zoo.

The Arc de Triomf was the direct response of Barcelona to the triumphal arch in Paris. It was designed by Modernist architect Josep Vilaseca i Casanovas (who collaborated with Antoni Gaudí in several projects). However, this arc was built for a different reason than his northern cousin, and it was made as the main access gate for the 1888 Barcelona Universal Exposition. It is one of the main arteries of the city, and the place to celebrate many cultural fairs, including markets and parade celebrations for the various foreigners that have set roots in Barcelona, like Chinese, Thai and Bolivian heritage, to name a few.

Barcelona has had a close relationship with everything that is cacao-based. For instance, the Spanish people has extracted the product from South America. Aside from learning about the art of making chocolate, once you enter you can admire original chocolate sculptures and you can also participate in a workshop to be a chocolatier for the day.

The city also has a total of 20 Michelin stars if you love food, and if you have a more cultural side there is a wide variety of buildings to see and events as well. Beautiful beaches and world-class nightlife too.