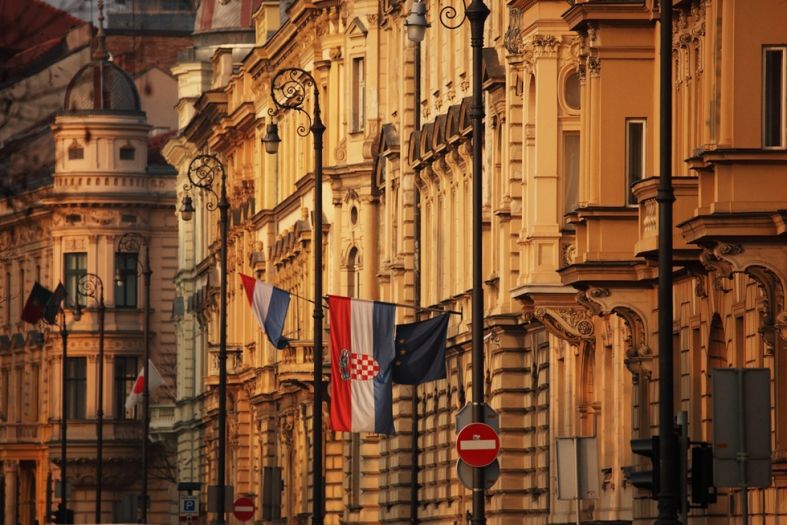 Zagreb – attractions to visit in a weekend

203 Challenges 0 March 10, 2022 4:24 am
Prizren – attractions and fairy tales from Kosovo
Get your adrenaline pumping at Adventure Outdoor Fest in Jerma Canyon
The Canyon of Waterfalls near Smolyan, Bulgaria

Make the most of a weekend getaway to Zagreb – check out this list of the best things to do and see in Zagreb!

Anybody who has visited Zagreb once always looks for a way to come back. There is some inexplicable magic in the charming streets, old churches and the feeling of seething life in the Croatian capital. Here is a list of the most important things you have to see, do or taste while you are there:

Zagreb Cathedral of the Assumption of Mary (Zagrebačka katedrala) – You will notice its high towers from any point in the city, while its beauty seen from a close view will definitely enchant you. It is the highest building in Zagreb, as well as in all of Croatia. The cathedral can seat up to 5,000 people. Inside it is adorned with stained glasses and massive statues, while its Gothic architecture creates a very specific atmosphere. It has almost twin towers, with only 1 meter difference. The northern one is 105 m high, while the southern – 104 m. The cathedral is situated in the central part of the city, at the Kapitol Square.

St. Mark s Church (Crkva svetog Marka) – What is impressive about it is its unusual roof – a colourful tiling representing the coat of arms of Zagreb and of the Habsburg Kingdom of Croatia. The Habsburg parochial temple dates back to the XIII century. The bell tower was built in 1725. There are three sumptuous altars in the church. A sculpture of the crucifix stands over the major one, while the on the altar dedicated to Virgin Mary there is a gold-plated sculpture of the saint. The church is located in the heart of the Old Town of Zagreb – Gornji Grad.

Mimara Museum (Muzej Mimara) – More than 3,500 pieces of art from different places and periods are exposed here. The exhibits are donated by a private collector. The archaeological collection is comprised of items from Egypt, Mesopotamia, Persia, Greece, Rome. You will see exhibits made of glass and textile, as well as a rich furniture collection from the Middle East. There are also works of Rembrandt, Caravaggio, Goya, Velazquez, and many others. The museum is sheltered in a Renaissance school building close to the Croatian National Theatre, in the central part of Zagreb. You will find your way following the numerous skateboarders in the area.

Maksimir Park – This is the largest park in Zagreb. It was constructed in an old British style. Here you can have a well-deserved rest or just have great fun amidst the rich greenery and crystal lakes. You can even keep fit by jogging and cycling or sit in the cafes and restaurants with your friends. Kids, on the other hand, can enjoy the zoo sheltering pandas, lions, kangaroos, crocodiles and other animals.

Botanical garden (Botanicki vrt) – Placed in the heart of Zagreb, the botanical garden is a small oasis amidst the busy city. Take a walk in the fresh air or simply sit and observe the varied plant collections and flower-lined paths. You will see many different plant species, including some protected ones. In addition, you will notice big number of turtles basking in the sun around the lake.

Stone Gate (Kamenita vrata) – It used to be the entrance to the city in the past. Inside the gate itself, there is a statue of Saint Mary with the Child Jesus in a niche surrounded by metal bars. The statue dates back to the XVI century. It is believed that it is a wonder-working statue and that’s why so many people come here to light a candle and say a prayer. Pray from your heart and your wish will come true. The Stone Gate is situated in Gornji Grad.

Lotrscak Tower (Kula Lotrščak) – A loud bang can be heard from its top every day. But don’t worry, it is not an attack alert. As the legend says, King Bela IV of Hungary ordered the cannon he bequeathed to be used every day. And since January 1877, the cannon is fired every single day at noon. It is said that apart from observing the king’s order, the ritual is also used to adjust the clocks in the city. The tower was built in the middle of the XIII century to protect the city. It is made of stones, different in form and size, mixed with bricks. The Lotrscak Tower is situated in Gornji Grad. 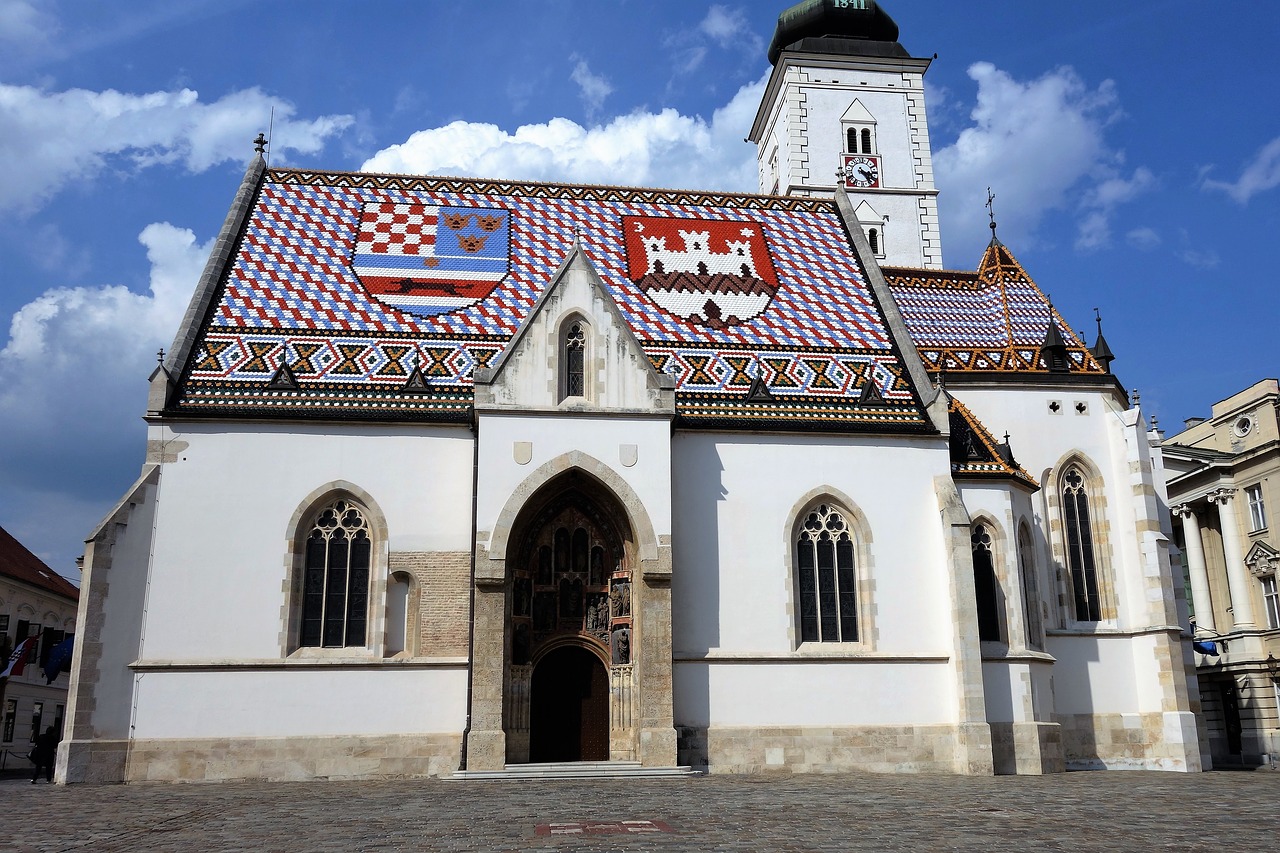 Jarun Lake – This is the “sea” of Zagreb because it offers something to everyone. You can swim, sunbathe in the sand with a drink from the numerous bars and cafes, or simply have fun in the water by windsurfing, rowing, water skiing, water wheeling, and you can even go fishing at the quay. On dry land there are big playgrounds for beach volleyball, football, golf, as well as specialised jogging alleys. You can also ride a bike or go roller-skating. The lake is situated in the southern part of the city.

Medvedgrad Castle – This is the most significant architectural complex from the Middle Ages close to Zagreb. The aristocratic town dates back to the XIII century. The castle was built by the Bishop of Zagreb. The fortified walls are like rings, the towers are massive, while the entrances – well-fortified. Take a walk amidst the ruins and feel the spirit of time. Nowadays, knight tournaments and historical festivals are organised here. The castle is situated on the southern side of the Medvednica Mountain.

Archaeological Museum (Arheološki Muzej) – The museum is not very big but it stores more than 400,000 exhibits from different times and ages. Here you can see the world-famous ‘Zagreb mummy’ – a woman from Egypt who was discovered wrapped in a linen book containing the longest and still untranslated text in Etruscan. The collection of stone monuments from Roman times is really impressive. The museum is located in the central part of the city.

Museum of Contemporary Art (Muzej Suvremene Umjetnosti) – The museum presents both Croatian and foreign cultural heritage. It houses paintings, black and white drawings, sculptures, paper art, photos from the XIX and XX centuries, as well as a collection of films and videos produced in the 1960s. The museum also hosts temporary exhibitions. There is also a café inside the building.

Museum of Broken Relationships – Bring some tissues for a very emotional trip. This museum is one of a kind in the world. Here you will be faced with thousands of stories about broken relationships of couples from all over the world. You will see items connected with different emotions – broken picture frames with photos, broken vessels and vases, wedding dresses, damaged phones, forgotten stuffed toys. The museum has come up with an interesting cure for those overwhelmed with sorrow – a rubber that erases the bad memories. There is nothing to stop you from trying, is there? So take a look at the exhibits at the Museum of Broken Relationships.

Shopping in Zagreb – Fashion stores of world famous brands are lined up on the two sides of the main commercial street in Zagreb – the Ilica Street. There are also big universal stores offering everything. Tkalciceva Street (Tkalčićeva Ulica) is full of stores and galleries sheltered in XIX century houses. Kaptol Centar – the most modern mall in the city, is located in the same area, too.

Dolac Market – This is a popular market where local famers offer their fresh high-quality products – fruits, vegetables, fish, meat, cheese, freshly-baked pastries. The market is open every day except Sunday. It is located next to the Ban Jelacic Square, close to the Zagreb Cathedral.

Try some strukli – This is a traditional pastry dish with goats cheese, which can be either baked or boiled. It is similar to Bulgarian banitsa. It is best for breakfast and is offered in almost all bakeries. Bon Appétit!

Taste the paprenjaci – These biscuits will both delight and confuse you at the same time. The sweet-scented baked dish presents an unusual combination of honey, walnuts and… black pepper! This is the taste of Zagreb – original and unforgettable.

Nightlife in Zagreb – Tkalciceva Street (Tkalčićeva Ulica) is the most popular place to start the night fun with its numerous bars, restaurants, and cafes in Zagreb. Most of the discotheques in Zagreb open doors after midnight and close after 4 a.m. During the summer the nightlife in the city is concentrated around Jarun Lake. There is a great variety of cocktail bars, discotheques and clubs where you can have some fun.

How to use education to travel the world 0

How to Make Your Travel Video Interesting to Watch 0