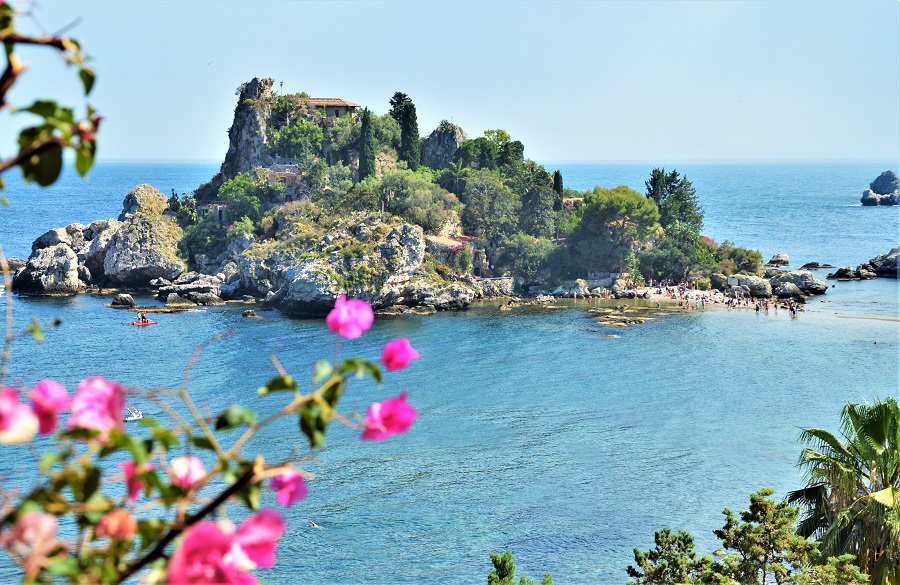 7 unusual and unique things to do in Sicily, Italy

Maria Angelova 1 October 25, 2022 4:11 am
18 inspiring quotes on why life is nothing but a great adventure
Embrace Friluftsliv: nordic philosophy of outdoor life
Living In A Van: What Is It Like?

Locals say that Sicily is not Italy, and from the very first step you’ll discover that what you see on this island is not what you’d expected. Of course, there are the Capuchin Catacombs of Palermo and the chocolate town of Modica, but here is a list of the best weird, unusual, cool and unexpected things to do in Sicily’s remote corners (+ a useful map at the end of the article).

#1 Whisper your secrets at the Ear of Dionysius

The Ear of Dionysius (L’Orecchio di Dionisio) in Syracuse, Sicily

Even if you whisper your secrets while you’re inside the Ear of Dionysius, everyone will hear them, no matter whether they are close to you or at the furthest end of the cave. This man-made rock formation in the city of Syracuse (southern Sicily) is designed so that even the slightest mumble is amplified clearly. Rumor has it that the local tyrant – Dionysius I of Syracuse – ordered the huge grotto hewn into the rocks to keep prisoners inside. The opening in the ceiling was specially designed so the tyrant could overhear the prisoners whispering their dirty secrets. But the truth is a little different…

Read the whole story of the cave and how to get there.

#2 Bask on the white cliffs of Scala dei Turchi 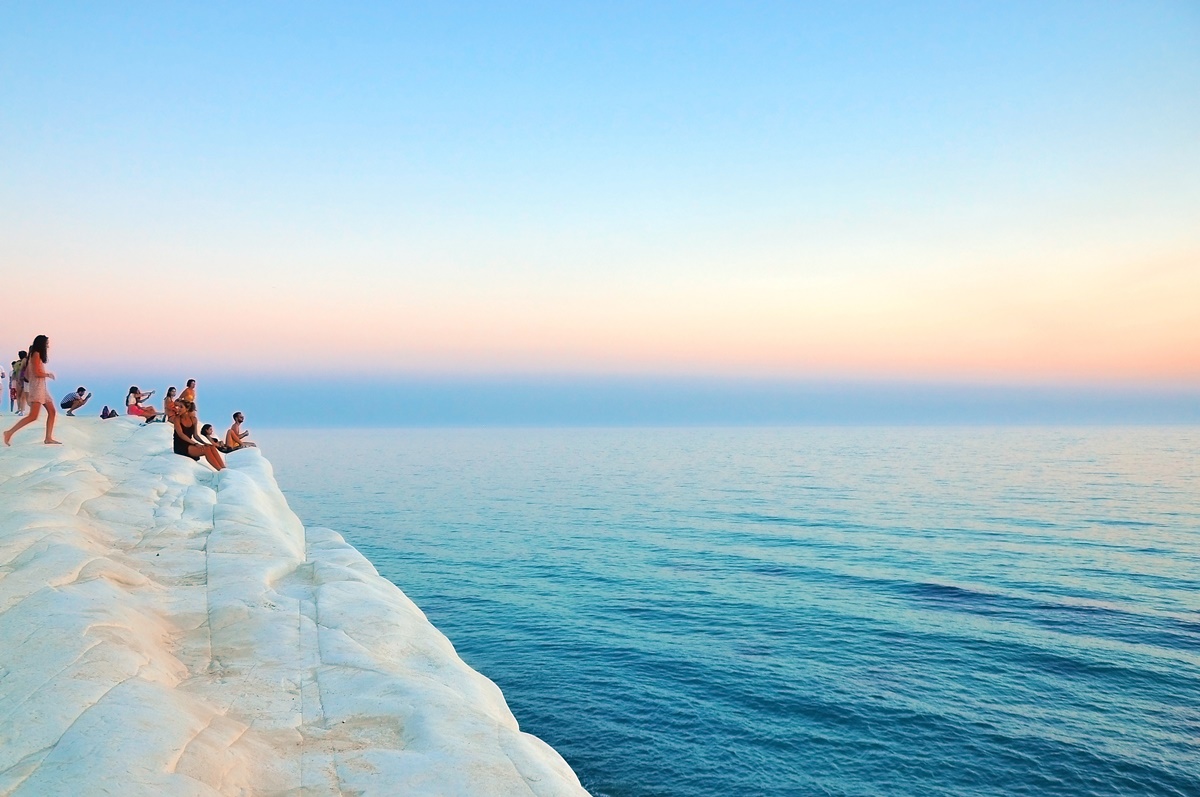 Scala dei Turchi (literally The Staircase of the Turks, named after the Turkish and Moorish pirates who landed here) is a shiny, glittering piece of heaven adorning the coast of Sicily. This unlikely beach is a memorable spot to bask in the sun or explore the rugged rocks.

Read more about Scala dei Turchi and how to get there.

Gole Alcantara | What Kirsty Did Next

Gole Alcantara is a botanical and geological park about 40 minutes from Taormina in Sicily, or 20 minutes from Giardini Naxos. During summer, locals and tourists alike flock to this beautiful spot as an alternative to the crowded beaches, although that’s not to say that the river doesn’t get crowded too. The canyons and rock formations are spectacular, but be warned… the water is absolutely freezing, even in the height of summer. Sports enthusiasts can entertain themselves with water sports such as group body rafting tours, while small kids can enjoy the spray water park. The park also has a restaurant and pizzeria. This is certainly a different side of Sicily and one I’d recommend if you’re in the area.

Suggested by Kirsty from What Kirsty did next.

#4 Visit an unlikely church in Syracuse 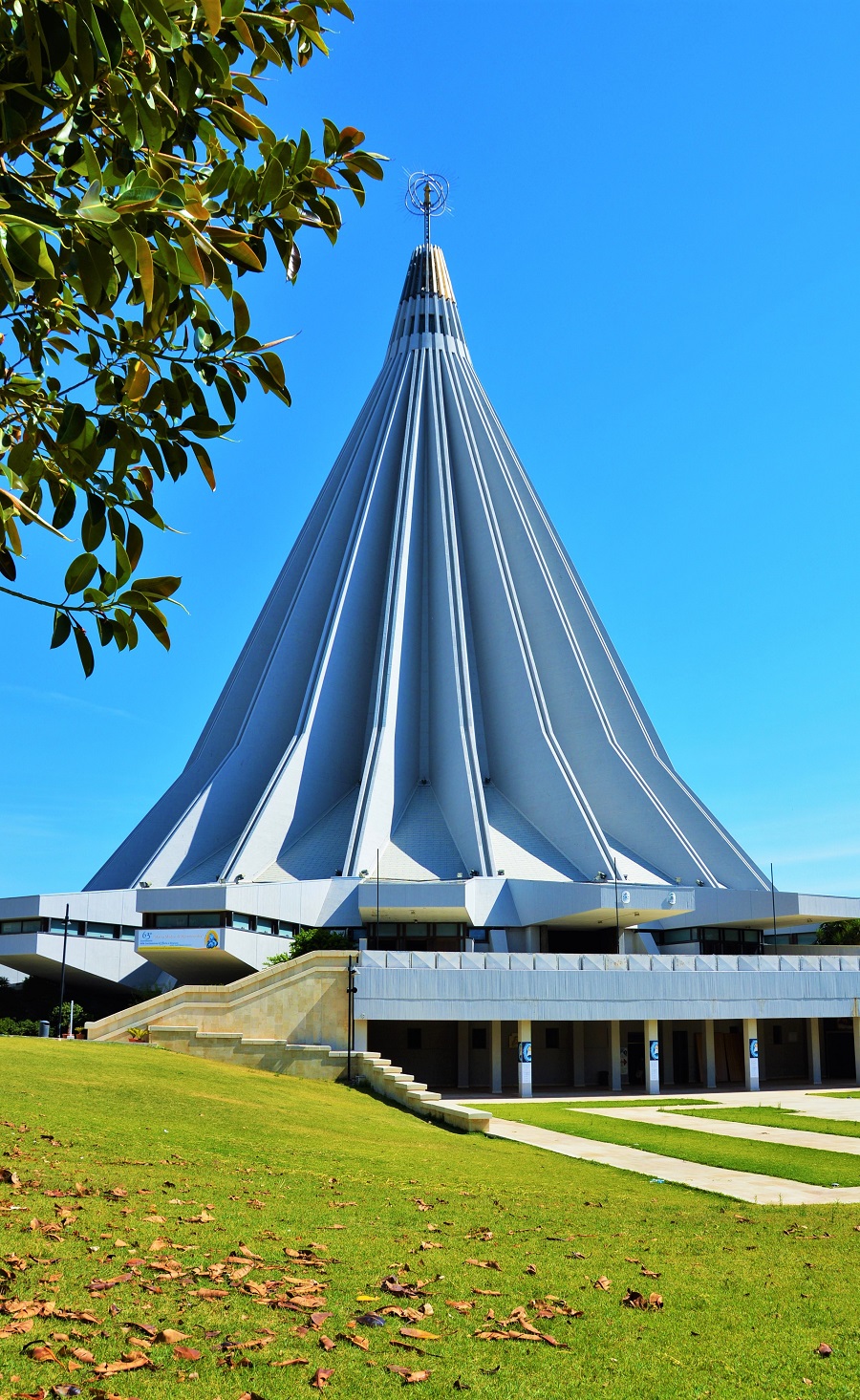 The unlikely Sanctuary of Our Lady of Tears in Syracuse, Sicily, Italy | © Maria Angelova/www.203challenges.com

A monument both admired and called ‘the cement monster’, the Sanctuary of Our Lady of Tears (Santuario della Madonna delle Lacrime) is the last thing you would expect to see when you think of ‘a church in Sicily’. Its construction started in the 1960s and lasted for almost 30 years, when Pope John Paul II himself inaugurated it. The sanctuary was constructed to house a miraculous image of the Madonna, who was allegedly crying (even scientific tests were held to prove that the liquid coming form the image was tears). The best thing about this place of God is its incredible acoustics. Just sit for a while and listen to the echoes from every minor noise at the other side of the enormous building while looking at the ceiling, which soars to more than 70 m (230 ft) above you.

#5 Ski down an active volcano

How about ticking ‘skiing down an active volcano’ off your bucket list? Mount Etna is not as fancy as the other Italian ski resorts, but it has slopes and offers magnificent views from its peak. On the other hand, the weather down by the coast will most likely be perfect for leisurely strolls, and the seawater in Sicily in winter will be warmer than the Danish Bryyge Islands in summer.

#6 Sing karaoke (but take it seriously!) 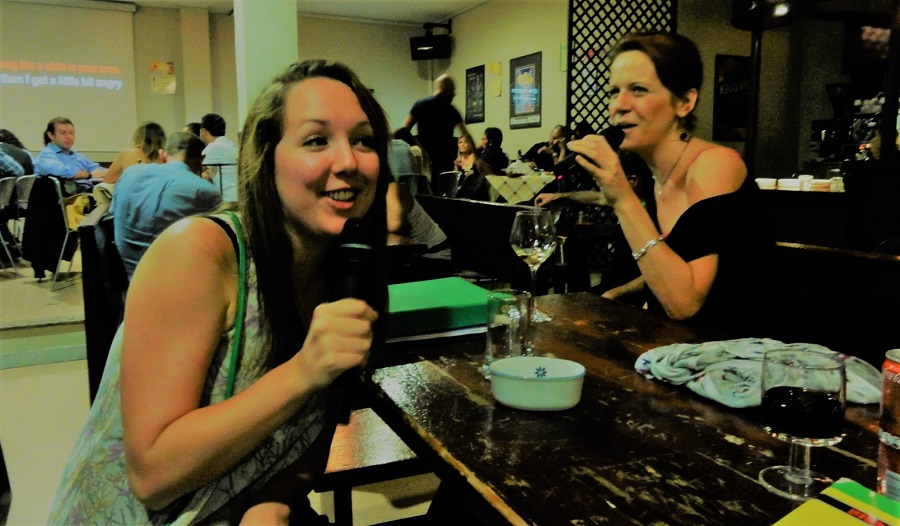 “One of my most bizarre experiences living in Catania (and there were many!) was when my friends and I went to Wednesday karaoke at a local bar,” Amy from Page Traveller says. “We ordered more than a few drinks so that we could perhaps muster up the courage to sing later on.

“However, what I learnt was that Italians take their karaoke very seriously. One woman chose a song with glass-shattering high notes and she hit them all. A large, uber-masculine type who wouldn’t look out of place in the Mafioso delivered a heartfelt ballad in a deep, gravelly voice. The audience members clapped politely.

“Oblivious to Sicilian karaoke culture and several vinos in, we Brits put ourselves down for classic belter Total Eclipse of the Heart, but our drunken rendition of Bonnie Tyler was met with much tutting and more than a few scornful looks.

“If you end up doing going to a karaoke night in Catania, be aware that you will be expected to actually sing well!”

Take the time to see a puppet show known as opera dei pupi, which reenacts Frankish poems such as The Song of Roland with wooden handmade puppets. At the bottom of this page you’ll find a list of the major theaters in Sicily where you can see this marionette show (available in Catania, Syracuse, Palermo, Trabia and Alcamo).

Here’s a map of all these unusual things to do in Sicily:

Pin it for later, because everyone needs a touch of wonder when travels: 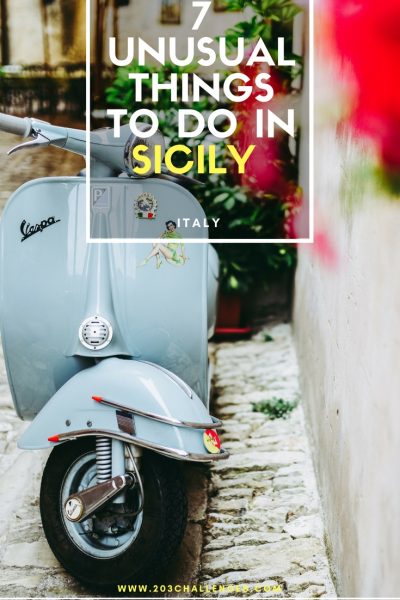 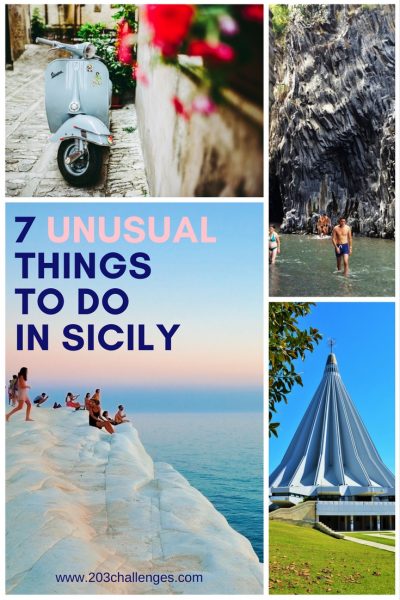 The Sicilian capital boasts over 230 opulently decorated churches, the largest opera house in the country, and 12 UNESCO World Heritage sites. In addition to its plethora of historical attractions, quaint villages and white sand beaches surround the city, providing ample opportunities for day trips.

Loading...
Newer Post
Three places where you can see a shipwreck without getting wet
Older Post
8 unusual things to do in Milan – a secret places guide

Salzburg – attractions for a weekend 0