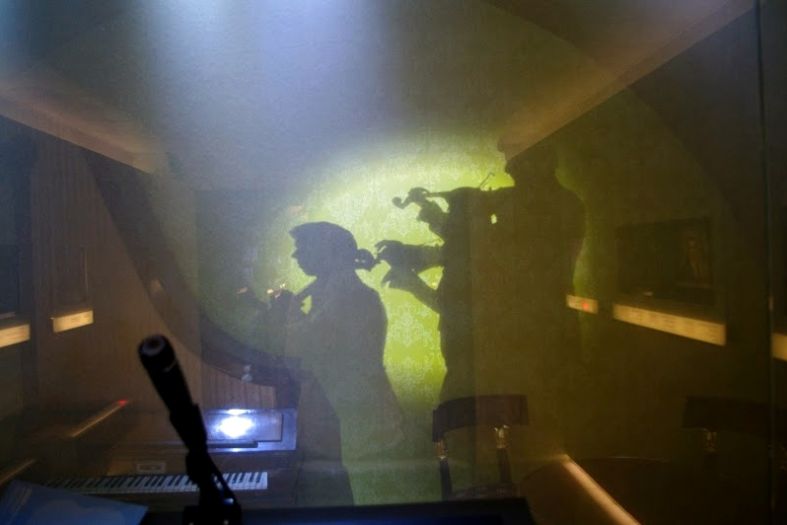 203 Challenges 0 March 5, 2020 6:52 am
Invisible Exhibition Stockholm: Can an hour of blindness open your eyes?
Curie Museum in Paris – a radioactive tour you take voluntarily
London: 22 free museums and galleries for a ticket-free cultural day

I hate museums of famous people. You go in and see the standard house, in which everything is ordered incredibly illogically and impractically, and the visitors are walking around a line that stops them from accidentally sitting on the 200-year old chair. The Chopin Museum in Warsaw is exactly the opposite of what I just described. At the entrance you are given a card with a chip that will be your key to the advanced technology that is integrated everywhere in the museum.

In the first room you can already enter a personal music booth. After scanning your card, you can choose what exactly you would like to hear and see from the touch screen. The music can only be heard by you, but you are divided from the surroundings only by glass, so you can see what is happening around.

Microphones are hanging down from the ceiling on multiple spots around the museum. You re not expected to speak into them, but when you get close, they start sounding exclamations, laughter, breathing or coughing. From the first to the third floor, the microphones show Chopin s health, which is worst in front of the room describing his death.

Plasma screens for everyone

If you think I mean the kind of plasma screens that are found in bars or malls, you are mistaken. These screens are so finely integrated into the walls or the glass surfaces, that it is sometimes hard to guess where the screen ends and reality begins. Sometimes they show you film interpretations of Chopin s Etudes, other times they show his story through letters, sheet music or maps. The screens are everywhere and are activated either by approaching them or by scanning your card.

There is a room in the museum with desks and headphones, and on the desks there are books with leather pages which are… blank. When you flip through them however, different information is projected onto the pages from the ceiling, including a player, from which you can play whatever you would like to hear by pressing the white pages.

You conduct the music

On the staircase, which shapes quite a large empty space, the designers of the museum have decided to create a game where people can compose whatever they want. This is done by stepping on certain places on the floor, and when different feet combinations are stepping on the assigned spots, the music is different. Despite looking funny, here the visitors get one more dose of exciting music.Imagine dozens of drawers in a very darkened room that are blinking and calling you to open them. When you pull the drawer out towards you, sheet music is projected from the ceiling and the speakers in front of you surround you with the notes written on the sheet.

It is hard to describe something that can t be found anywhere else, but we ll try. Imagine dozens of drawers in a very darkened room that are blinking and calling you to open them. When you pull the drawer out towards you, sheet music is projected from the ceiling and the speakers in front of you surround you with the notes written on the sheet. Of course, each drawer starts a different melody.

Chopin is no more

The room representing Chopin s death is completely black, with carved inscriptions in French and English describing the death. When you get near them, the words become lighter or darker, making you feel the tragedy of the genius and the pain of his close ones.

To top it all off, the museum has been nice enough to place benches throughout the whole city, in front of places that were key to the composer. On every bench there is a map of all those spots and a PLAY button, which when pressed starts music from under the bench. Like you re sitting at a Chopin concert.

Yes, Chopin was just born in Warsaw and didn t spend that much time there, but on the other hand he is there now, presented in a way that is difficult to miss or forget.

7 best submerged churches to amaze you 0

7 unusual and unique things to do in Sicily, Italy 1