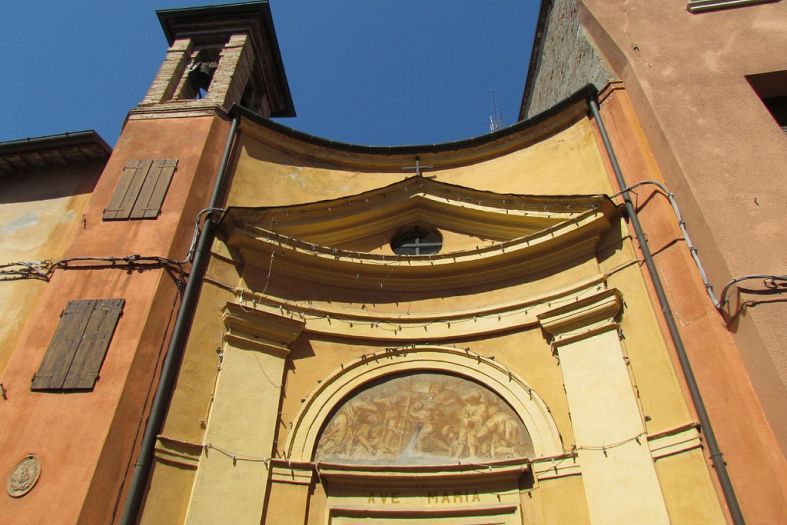 Forli – atttractions for a day

If you use budget airlines often, then Forli and Bologna have probably blended into one concept for you – something like “Forli/Bologna – where the airplane lands”, before you set off to Rimini, Bologna or San Marino. Because the crowds of people, common to Florence, Venice, and Rome, are not typical here, it means that you can experience the authentic atmosphere of small Italian towns. Don t bypass Forli, and the city will reward you. All you need is one afternoon, one rental bicycle (the most convenient way to tour the city) and nice weather (almost year round). Here s what you can discover in unjustly underestimated Forli.Saffi Square has been immortalized by Dante s “Divine Comedy”. Saffi square is the location of the battle between Guido de Montefeltro, and the French army sent by Pope Martin V

Saffi Square (Piazza Saffi) is located in the center of the town and there is just no way you can miss it, because it is one of the biggest squares in Italy. Besides, it has been immortalized by Dante s “Divine Comedy”. Saffi square is the location of the battle between Guido de Montefeltro, and the French army sent by Pope Martin V (Dante s “Inferno”, son 27, is referenced here). Today it is difficult to picture a battle of such epic proportions, because in its current state, the square and its Lego-like surroundings, are an excellent subject for photographs.

One of the central alleys you must see is Corso Garibaldi. It is as if time has stopped running here. Mere meters separate you from the busy streets, cars and shops, but it seems as though you have traveled to another era, standing on the cobblestones of this narrow street, surrounded by century-old buildings, hidden behind greenery. This is the prototype of a small Italian street, ideal for slow, lazy afternoons.

Close to the center of Forli you will find what used to be an aviation college (Collegio Aeronautico), with a statue of Icarus guarding the grounds. The fence includes mosaics and schematics, depicting the history of human flight.

Another great activity is taking a walk to the Fortress of Ravaldino (Rocca di Ravaldino), which is remarkably preserved, for its 600 years. Through the centuries, it has hosted many victories and failures and, at one point, was used as a prison. It is rumored that the dungeons are filled with secret passageways, but you can t visit them (because if you could they would no longer be secretive).

If you enjoy Catholic architecture, Forli has plenty of that – most of the churches, with their stone facades, impressive bell towers, and remains of local saints, have been here since the Middle Ages.

Useful information: You can take a bus (see the schedule here) from Luigi Ridolfi airport (also known as Forli/Bologna). From Forli s train station, you can board a direct train to Bologna or Ancona.

7 Thailand quotes that explain why people love this country 0

5 little-known spots in Lisbon (shared by a local) 1