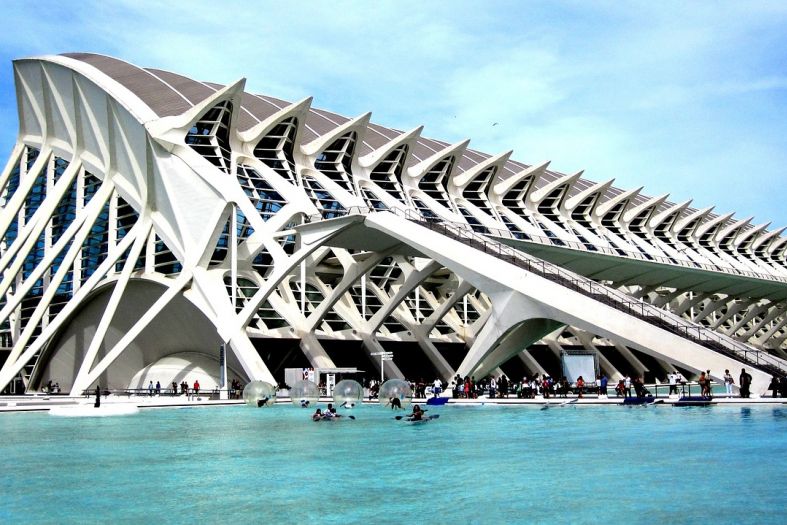 What to see in Valencia if it’s your first time there and you have only a weekend?

Not that a single weekend is enough to examine even a little piece of Valencia but yet you should start somewhere.

Here are the major attractions in Valencia, which you definitely need to see, feel and taste!

City of Arts and Sciences (Ciutat de les Arts Valencia) – this is a cultural complex, situated over 350,000 square meters. It shelters five buildings with unique architecture: Prince Felipe Science Museum (Museo de las Ciencias Príncipe Felipe) – a three-story building in the form of a whale skeleton; L’Hemisfèric – an IMAX cinema with a screen in the form of a hemispheric dome of 900 square meters; L’Umbracle- a landscaped walk; L’Oceanogràfic – the biggest aquarium in Europe with around 40,000 animals; and the Queen Sofía Palace of the Arts (El Palau de les Arts Reina Sofia), which is a stage for opera concerts.

City of Art and Science in Valencia | Sarunas Mikalauskas/Flickr

Valencia Cathedral (Catedral de Santa María de Valencia) is an interesting mixture of Roman, Gothic and Baroque style and architecture. It shelters many pieces of art, such as several paintings by Francisco Goya. The cathedral is also known as a depository of the probably most acknowledged candidate for being the authentic Holy Grail, which has been in Valencia since the XV century. The cathedral was built between 1262 and 1356.

National Museum of Ceramics and Decorative Arts (Museo Nacional de Ceramica y de las Artes Suntuarias Gonzalès Marti) is a museum-palace, known for its huge entrance gate with marble sculptures. The building dates back to the XV century. Inside, there is a collection of ceramic items from prehistoric times until nowadays. On the first floor there is a huge ballroom, a living room and many other rooms. Here you can see an authentic kitchen, characteristic for Valencia, built entirely of decorated tiles with typical vessels and utensils.

La Lonja de la Seda is a silk exchange dating back to the XV century. The building is built in Gothic style. There are gorgons on its façade, while inside the walls are adorned with floral motifs and many detailed figures of animals and people. La Lonja is declared one of the most significant Gothic buildings in Europe. 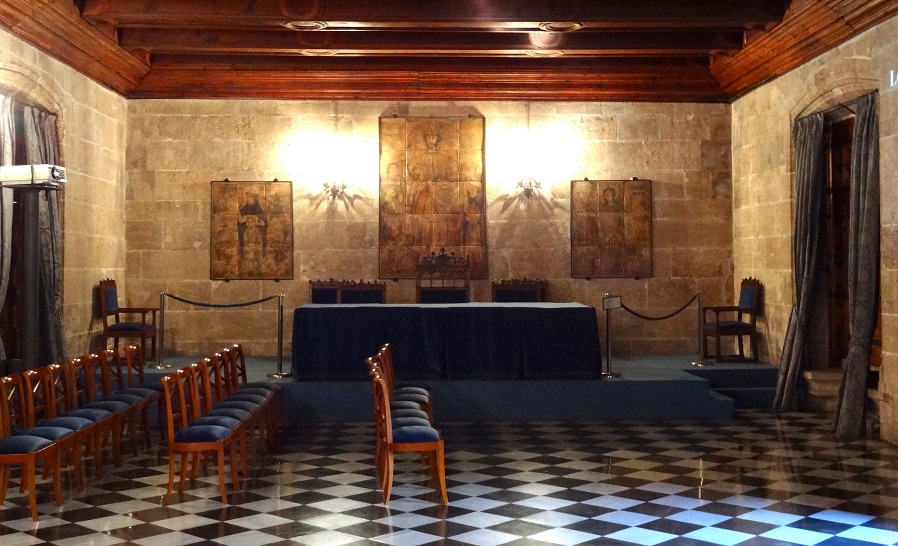 Museum of Fine Arts of Valencia (Museo de Bellas Artes de Valencia) is the place where you can see a really huge collection of paintings. It shelters works of Velazquez, Goya, Sorolla and others, as well as paintings of modern artists, sculptors and archaeological findings.

The Central Market (Mercato Central) of Valencia is the biggest fruits and vegetables market in Europe. It has more than 90 stores offering mostly fresh fruits and vegetables, meat, seafood, jams, as well as tea, coffee, tinned food. The market is open from Monday to Saturday.

Las Fallas is a festival of fireworks, incredible fire and pyrotechnics show, which has turned into a tradition for Valencia. It is organised on different dates every year, very often in April. The tradition derives from the past when people used to burn down the waste after the spring cleaning. Nowadays the festival continues for a whole week during which every one of the local communities prepares big sculptures of flammable materials, such as wood and papier-mâché, which are set on fire on the last day of the festival. 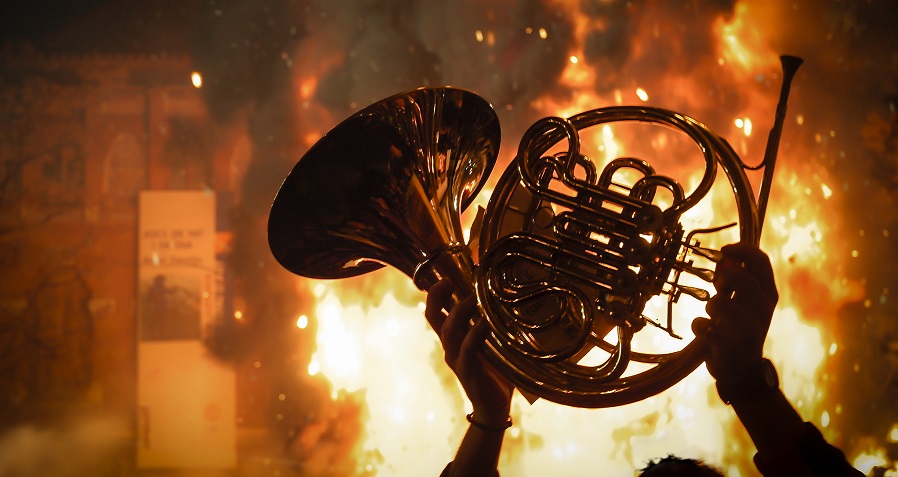 Bioparc Valencia is a different type of zoo because here the animals are walking freely in their natural habitat and you can even touch them. You will be surrounded by lions, tigers, zebras, giraffes, rhinoceros, chimpanzees, and many others. There are huge crocodiles and alligators in natural swamps, hippopotamus, herons, and etc. On the whole, there are animals from all continents. You are going to experience an unforgettable adventure.

La Albufera is the biggest lake in Spain. It is a wonderful place located only 12 km away from the city. A cozy beach, many birds, rice plantations, boat trips and delicious meals at the restaurants in the region. What more can one wish for? Here the sunrise and the sunset draw an unforgettable picture over the lake. Enjoy it!

Paella – You should definitely try paella while in Spain. There are different varieties of this traditional meal but the ingredients that are omnipresent include rice, saffron and olive oil. It can be garnished with different type of meat, vegetables and seafood. It is up to your personal taste and is also suitable for vegetarians. The residents of Valencia, on the other hand, claim that the meal was created in their city.

Siesta – after the nice lunch it is time for a brief rest – from 12 p.m. until 2 p.m., or longer, if you wish so. When in Spain, do it like the Spaniards and take advantage of the daily siesta. This is the time when the sun is the strongest, so what better way of escaping the heat than a nice nap.

Shopping in Valencia – souvenirs, t-shirts, jewellery, shoes, postcards, porcelain sets are found at the stores between the Central Market and Plaza Ayntamento. There are many stores in the passage between Plaza de la Virgin and Plaza de la Reina offering goods at good prices. There are also many malls in the city where you can find everything: Nuevo Centro, El Saler, Aquа, and others.

Nightlife in Valencia – Valencia meets everyone’s taste including in the night: house and jazz clubs, bars, restaurants, outdoor discotheques adorned with palm trees. You can choose entertainment pleasing your very own taste in one of the numerous clubs along the beach or in the outskirts of the city. The young Spaniards often gather in the open air at the squares and the streets in the night and have a beer or calimocho (a cocktail made of wine and coke) before heading to the discotheque after midnight.

Forli – atttractions for a day 0