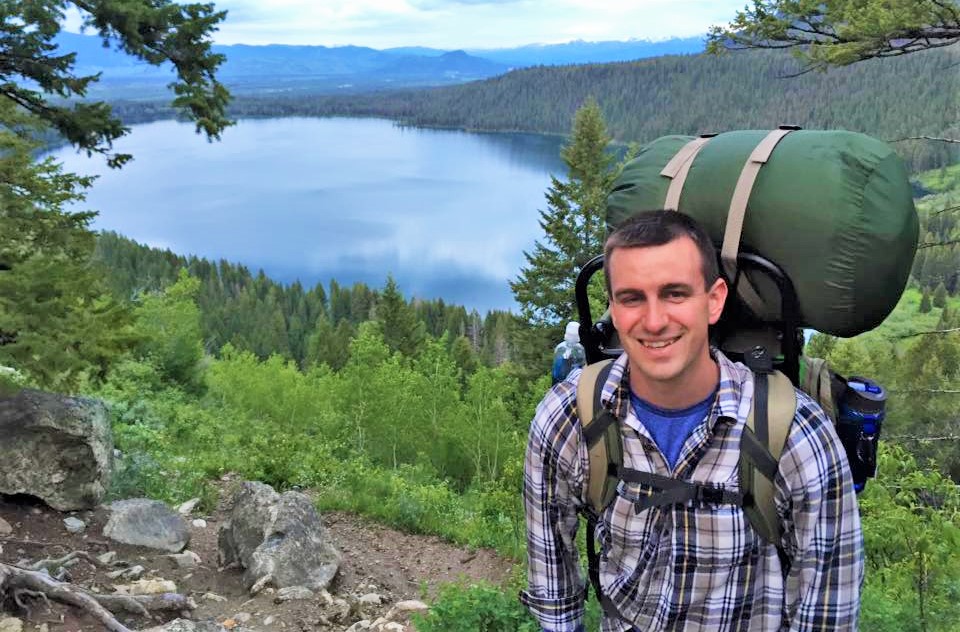 Maria Angelova 0 February 8, 2018 4:16 am
How to plan a grand adventure – step by step
Inspiring travel bloggers: Megan Jerrard from Mapping Megan
The effective guide to planning a safe and enjoyable bike tour – Part 2

What do you need for a good adventure? A good plan, enough money and some experience. When he set off on his journey to the backcountry of some of the most iconic American national parks, Rob Erwin didn’t have any of these. Nevertheless, his trip turned out an inspiring series of encounters with wild nature and small-town America that he eventually described in his book, Lost With Directions.

>>> Read an excerpt from Lost With Directions here!

We reached out to Rob to ask him a few very important things about challenges and adventures.

– Who is Rob Erwin and what are his dreams?

– I’m just a small-town guy from Illinois who’s spent most of his life doing things I really had no business in doing. I never played a minute of football in my life, and then went on to coach college football for seven years. I never swam a lap in pool in my life until a few years ago, and now I’m training for my first Ironman triathlon. I had no formal writing training, and managed to write a best-selling travel book last year. My goal is to continue learning from all my adventures and experiences, and eventually share something great with the world. I’m not there yet, but I’m working on it.

– Why is the leap from ‘I have a boring job’ to ‘I’m following my dreams’ so hard for most people?

– We’re all afraid of something.

The thought of failure, and the pain we associate it, is sadly what keeps many of us from taking chances in our lives.

But what really hurts more? Going on a great adventure, even though you might fall short of your ultimate destination? Or following the herd, and successfully arriving somewhere that, in the end, doesn’t really matter? That’s the question for me.

– What was your biggest ‘mistake’ on the road that you laughed at later?

– The time in the Pelican Valley of Yellowstone, when I sprayed myself in the face with bear spray definitely stands out. And, no, there wasn’t actually a bear involved.

– Why does the wild backcountry attract you?

– Depending where you’re at, the backcountry can be a pretty scary place when you’re out on your own. But I love the adrenaline rush. It’s frightening going through dense brush in grizzly country, or being miles from anyone else in a mountain valley where you just watched a wolf chase down an antelope. But it’s also really exhilarating. You have to dig deep and find the courage to keep going, and for me, that’s always been a rewarding and exciting experience.

– If you have to list five reasons for people to travel more often to small towns, what would they be?

1) You never know what you’re going to find. (Big cities are already well-traveled, it’s really hard to find something that hasn’t already been written about 1,000 times.)

2) You never know who you’re going to find. It takes an uncommon kind of person to live in small-town Appalachia, or the Northwoods of Minnesota, hours away from the closest major city. I’ve met some pretty incredible individuals in these types of towns. (You’re also bound to run into some pretty unusual characters, as well.)

4) Cheaper. You won’t break the bank staying the night.

5) Unexpected history. Many of America’s small towns weren’t always so quaint and sleepy. As the population migrated towards the cities in the 20th century, they left behind some pretty incredible stories in their former frontier outposts, boomtowns, and rural hubs.

– What’s your next travel challenge?

– My next travel challenge is a pretty big project, which I’ve already started.

Several years back, I came across the travel series Departures on Netflix. It followed the multi-year journey of two travel companions around the world, and it truly changed my life. The whole time I was watching, I just kept saying to myself, “These guys are living at a different level than the rest of us.”

Departures inspired me to go on the journey that eventually became Lost with Directions: Ambling Around America, and it’s also the inspiration for my latest project, my own travel miniseries.

I’ve currently filmed two installments, with the ultimate goal of four episodes. Each one explores a different part of America, and is shot in a different season. For instance, the Summer episode takes place across the American West, while the Winter episode was shot in the Northwoods of Minnesota and Canada.

It’s been an amazing process, and I’m excited to share it with others. (Anticipated release in December 2018.)

All photos: Rob Erwin. Discover more about his book on its website Lost With Directions.

Why Shopping During Black Friday Can be Beneficial for Your Wallet? 0