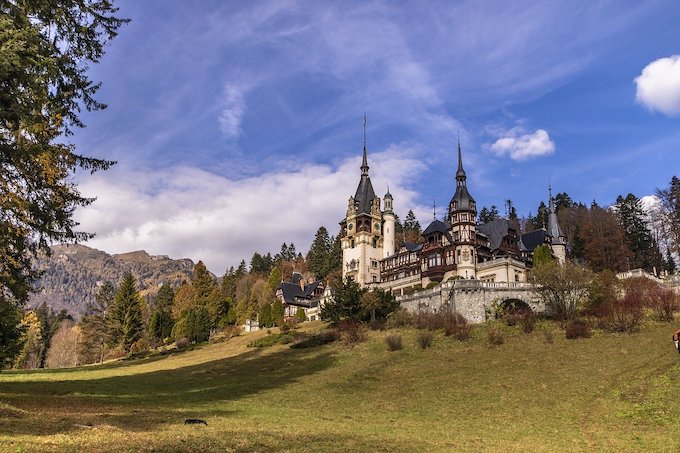 6 places to visit in Romania

203 Challenges 0 June 5, 2020 11:59 am
Secret beaches in Bulgaria: Tyulenovo, the village of seals
Kovachesko Kale Fortress in Bulgaria
See the Stob Pyramids in Bulgaria at sunset

Romania is considered by many to be one of the world’s most underrated places to visit. The history of this place dates back to the Ancient Roman times, had a tumultuous Medieval period, came out as one of the most powerful countries in the Modern era, only for it to be then ruled by communists. In 1989, Romania became a democracy and later joined the EU.

The Danube Delta is the biggest river delta in the EU, and the second largest in Europe, after the Volga Delta. Nevertheless, the Danube Delta is considered to be the best-preserved one on the old continent. The vast majority of the delta lies on Romanian territory – out of 1,603 sq miles, 1,331 sq miles are in Romania.

The delta started forming around 4.000 BC, and has since grown to become the heaven of birds in Europe. In 1991, the area became a UNESCO Heritage Site, the first spot in Romania to receive that tile. You can come here from spring to autumn and see pelicans, grey herons, cormorants, fish, and hundreds of other species.

You can navigate the canals of the delta by boat and even go to the places in which the Danube river flows into the Black Sea, a sight to be seen, as you notice the water changing colors, waves starting to form, etc. Some areas have a lot of mosquitos, so be prepared to confront them, as they are simply dreadful!

This wonderful citadel was built in the XIVth century by Petru II of Moldavia, but it was Stephen III of Moldavia (also known as Stephen the Great) that made the construction bigger and more imposing. The citadel was never conquered but was left in ruins and later set fire to, as the Turks roamed around the area for a while.

The citadel was finally given some attention in the early XXth century and people started to renovate it. Currently, it is completely rebuilt and features high-tech ways of informing the tourists about the history of it by using touchscreen technology in different rooms, while also featuring mannequins and the typical lifestyle of the Medieval era in all rooms.

People like to visit the area of Bukovina, where the citadel is placed, on their motorcycle, as it’s the most beautiful place in the country, so hop on your motorcycle, put your Shoei rf 1200 helmet on and get yourself ready for a new adventure that you are unlikely to ever forget!

The oldest and largest botanical garden in Romania dates back from 1856 and offers you the opportunity to explore both wild nature and greenhouses with exotic plants. You can easily spend a day here without getting bored as there is so much to be seen and such a large area to cover.

Built in a Neo-Renaissance style for the Royal Family of Romania, the castle started being used in 1883 by King Carol I. The castle can be found near the town of Sinaia, in the heart of the Carpathian Mountains and it’s one of the most beautiful castles you can see anywhere in Europe, making a must for everybody who visits Eastern Europe.

What’s a guide to Romania that doesn’t include a visit to something related to Dracula? Well, while you have heard of Bran Castle as being Dracula’s castle, Vlad Tepes, the leader on which the myth is based on, had actually very little to do with this castle, spending his time in other castles of the country.

The reason why it is associated so much with the legend of Dracula is probably due to the fact that, from all castles in Romania, this Medieval structure is the one in which we could see the legendary vampire live in the most, thanks to its architecture. People in the area take full advantage of the myth and you won’t leave the area without any Dracula souvenirs.

In contrast to the serious tone of the usual cemeteries in Western cultures, this one is very colorful and each headstone features a funny poem about the life and the death of every person buried here. We have more info about this place on our websites, as it’s simply a sight to be seen.