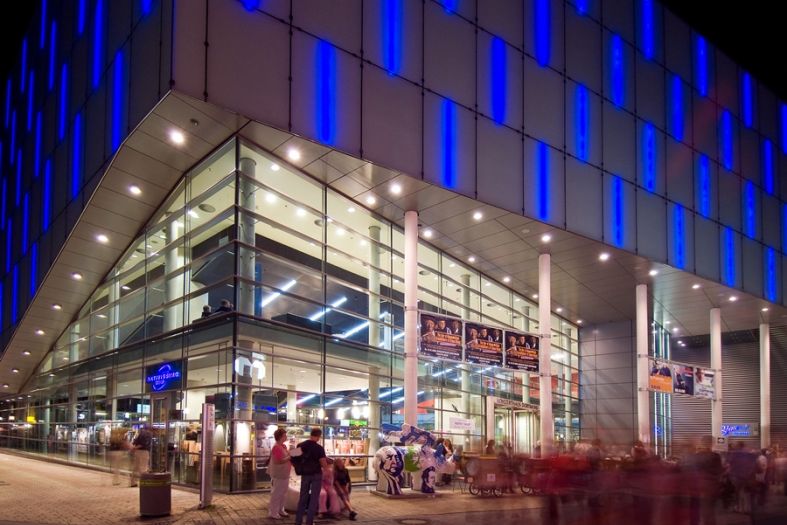 Dortmund – attractions to visit in a weekend

203 Challenges 0 March 7, 2017 7:02 am
How to find color in the gray city of Bogota
7 unusual and unique things to do in Sicily, Italy
8 creative travel challenges to inspire your next trip

The eighth biggest city in Germany – Dortmund, is located in one of the most industrial zones of the country, and yet it is referred to as the ‘green metropolis’ . This is due to the fact that the lands used up by years of mining works have been turned into parks, cultural centers and all kind of places for people to meet each other.

Here are some of the major attractions in Dortmund that you may visit even if you are in the city just for a while.

Old Market Square (Der Alte Markt) – This is the historical center of Dortmund. There is a fountain at the square, while right next to it – a curious sculpture of a colorful winged rhinoceros. There are also churches and buildings reminding about the history of the city. At the numerous bars and restaurants in the area you can taste the different types of beer offered in Dortmund.

St. Reinold’s Church (Reinoldikirche) – This is the oldest church in Dortmund and it is a symbol of the city. It is found at the Old Market Square. Its tower offers a splendid view to the city, for which you have to climb up 200 stairs, but it’s worth it.

Eagle Tower (Adlerturm) – This is a tower that used to be part of the medieval city wall. It is situated at the Old Market Square. Nowadays it houses a museum, where you can learn much about the history of the city and the construction techniques during the Middle Ages.

Dortmund U-Tower – center for the arts and creativity (Dortmunder U Zentrum für Kunst und kreativität) – The building is situated in the center of the city and you will recognize it by the big “U” letter on its top. For 67 years, since 1926, it housed a brewery. After the brewing company was closed down, the building was left abandoned until 2010 when an art center opened doors there. Today you will find all kind of modern art works from the XX and XXI centuries. More information is available here. 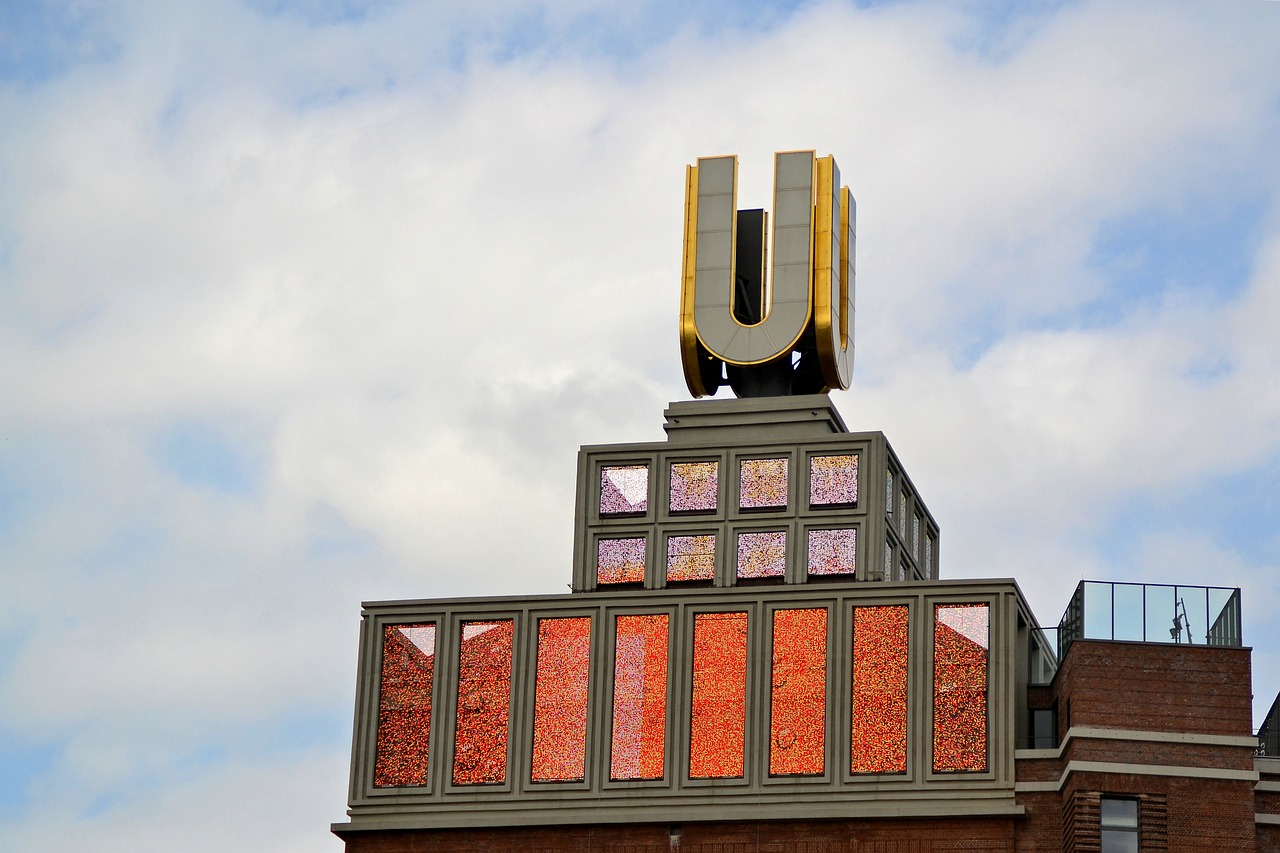 Florian Tower (Florianturm) – This is the telecommunications tower of the city, named after St. Florian – the patron saint of gardeners. Its name is inspired by the fact that the tower is situated at Westfalenpark, which shelters a huge rosarium. It is 208 m high. You can take an elevator to its top and enjoy the stunning view to the park.

Westfalenpark – Flower paths, greenery, fountains, big duck lake, children’s playgrounds and a rosarium housing roses of all colors. All this is found at this huge city park where you can have a picnic, go jogging, scent the sweet aroma of the flowers, or simply take a walk in this incredible atmosphere.

Dortmund Theater –The theater and opera house was built in the beginning of the XX century but it was destroyed during the WWII and then raised again in the 1950s at the place of an old synagogue. Its hall seats 1,170 people. One of the most frequently staged operas here is Wagner’s The Flying Dutchman.

Museum of Art and Cultural History (Museum für Kunst und Kulturgeschichte) – This is the oldest museum in the Ruhr district. The building is designed in Art Deco style. Inside you will find collections presenting the folklore, the local history and archaeology with valuable findings and items of different fields of art and craft.

Museum of Cookery Books (Deutsches Kochbuchmuseum) – This is the place where you will learn much about the cooking technologies of the XIX and XX centuries. You will see different cookers and cooking equipment. There is a library where you will find all kind of recipes in the thousands of books sheltered there.

Natural History Museum (Museum für Naturkunde) – The museum was established in 1910 to document the last 55 million years! Here you will find a rich collection of insects, herbaria, minerals, rocks and fossils. The museum also features a huge aquarium with fish from different parts of the world.

Brewery Museum (DAB, Dortmunder Actien Brauerei) – Here you will learn much about the history of beer in Dortmund. You will find out what types of beers were produced over the years and even see the TV commercials made for some them.

German Exhibition of Occupational Safety and Health (DASA) – This is Germany’s second-biggest exhibition of technological achievements. You will see machines used in the industry and different professions of the past, present and even hints for the future. The focus is put on the human health and the impact on it. All the information and exhibits are presented in an attractive way and guarantee you a real fun.

German Football Museum (Deutsches Fußballmuseum) – This is the national German museum dedicated to football. Opened at the end of 2015, financed by the profits of the 2006 FIFA World Cup in Germany. You can find more information about tickets and opening time here.

Westphalian Industrial Museum (Zeche Zollern) – From the outside, it looks like an old castle. There was a coal mine at this place in the past. Nowadays, there is a museum offering information about the development of the different industries in the region and the life of the miners. More information is available here.

The Zoo – Tigers, lions, penguins, monkeys, parrots and all kind of exotic animals, as well as typical for Europe, are waiting for you here. Here you can also enjoy shows featuring some of the animals or simply take a walk amidst the vast greenery.

Christmas markets –Since the end of November the city of Dortmund is seized with Christmas atmosphere. The traditional Christmas Market features more than 300 stands in the form of small wooden houses scattered along the main streets and squares. They offer different sausages, cookies, honey sugar cookies with cinnamon and anise, cotton candy, chocolate figurines, roasted almonds and chestnuts, Christmas punch, Christmas decorations, and whatnot. There is also a huge 45 m Christmas tree, which is in fact comprised of around 1,700 separate trees arranged in the form of a pyramid.

Stollen – When in Dortmund at Christmas time, this traditional German fruit bread is found everywhere. It reminds about Easter cake but it is much richer in fruits, buts and fragrant spices.

Glühwein – If you wish to warm up while walking around the city in the snow, you should try this traditional drink – hot red wine with orange juice, clove, cinnamon and black tea. It will definitely bring a Christmas scent to your memories.

Shopping in Dortmund – The Westenhellweg and Ostenhellweg central streets offer numerous stores for clothes, perfumes and cosmetics, shoes, leather items, electric appliances, and food products. Here you will also find the Karstadt trade centre. If you are looking for fashion boutiques with expensive clothes, Kleppingstraße is the place to go, as well as the Propstei Arcaden mall, which is close to the Opera.

Nightline in Dortmund – Most of the entertainment and catering establishments are in the central part if the city. Discotheques, restaurants, clubs – Dortmund has much to offer for the night. You should not miss tasting the different types of beer at the bars. In summer, you may enjoy music shows at the Westfalenpark.

Museum of Miniatures, Prague – where the Eiffel Tower is 3 mm high 0

22 fun things to do in the mountain 0