Maria Angelova 0 January 7, 2021 4:05 am
The Lycian Way in Turkey – a 540-km route to walk
10+ best Krabi Town attractions and fun activities (+ map)
Shinrin-yoku – how to practice the Japanese tradition of forest bathing (Infographic)

Iara Lee, a Brazilian of Korean descent, is an activist, filmmaker, and founder/director of the Cultures of Resistance Network Foundation, an organization that promotes global solidarity, and connects and supports agitators, educators, farmers and artists to build a more just and peaceful world through creative resistance and nonviolent action. Her 2015 movie K2 and the Invisible Footmen is part of the Sofia Middle East & North Africa Region Film. We contacted her with a few questions about life, travel and dreams. There she is:

What are your dreams?

To see systemic change! To have war and corporate criminals, state terrorist countries prosecuted, taken out of our way, so the rest of the world can strive to have a decent life with more equality in distribution and be less victims of oppression and greed. It’s a big dream, not achievable within my lifetime, but that is what dreams are about: high goals! And if we take these greedy capitalists out of the way, all good things will also happen to wildlife, forests, oceans, rivers. Then on the level of the individual, more education and caring are needed so we don’t destroy the planet that nourishes us. Oh well, if we take baby steps, we can make progress. as the old saying tells us: to move a mountain, one needs to start by moving small rocks.

K2 and the Invisible Footmen is all about the real heroes in mountaineering. What was the trigger for you to delve into their stories?

I am an avid walker and wanted to hike to K2 basecamp to celebrate the 60th anniversary of the first successful ascent. My film friends kept asking me to make a film about the journey but as a human rights activist, I did not really feel like making a film about climbers superstars, so I decided that it would be interesting to document the journey of the porters, the true heroes of the mountains, who don’t get acknowledged, respected, paid properly. My entire life is devoted to giving space and supporting the excluded, voiceless, oppressed, victims of occupation or war. we are in 2018 and there is no justice system, it is a lawless world with the powerful abusing the weak every step of the way. It is quite surreal how we can have so much technology and science and still behave like brutes! 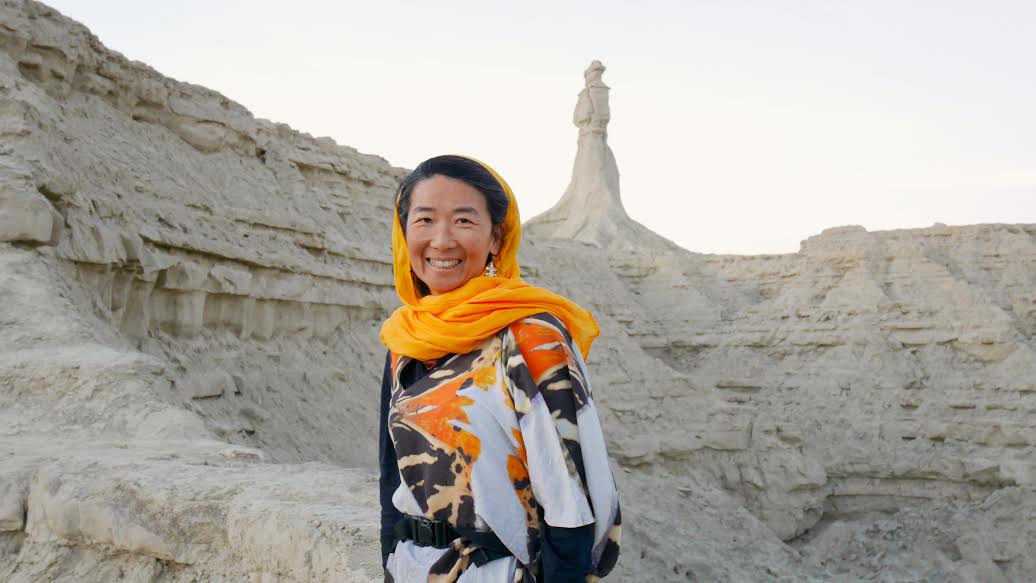 What are your preferred topics when you shoot your movies?

War is imposed on us, innocent people, civilians, by monster politicians, greedy companies, war profiteers and we can’t really use their same tactics to combat war: weapons and violence, so we have to resort to creative means to be antiwar and that is what I document in my films: activist music, sports, poetry, photography, filmmaking, dance… a powerful song can move the minds and hearts of millions of people, a powerful photograph can give us tremendous insights on a culture or event happening in the world; we can also be provocative through sports, we just supported a marathon that includes girls in Afghanistan, and the message to the world was that Afghan girls demand equal rights and access. We call the marathon Freedom to Run. mountaineers can be avid environmentalists and help protect pristine areas that unscrupulous companies just want to destroy for profit. I am following the campaigns in Bulgaria to save Pirin and I am happy to see mountaineers there working to protect beloved nature.

You are an activist too. What is a more effective way to convey your message – through protests, specific actions on the spot or movies?

All is valid and part of the process, but I chose movies as my vehicle of resistance and protest and we cover an array of topics because we are all intertwined and all the activists and concerned citizens need to work in solidarity with each other when it comes to human rights, ecology, antiwar, education, cultural diversity etc.

Share something inspiring with everyone who will read this!

As we enter a new year, lets remember:

If you found a man at the top of the mountain, he did not fall there.

A river cuts through a rock, not because of its power but its persistence. 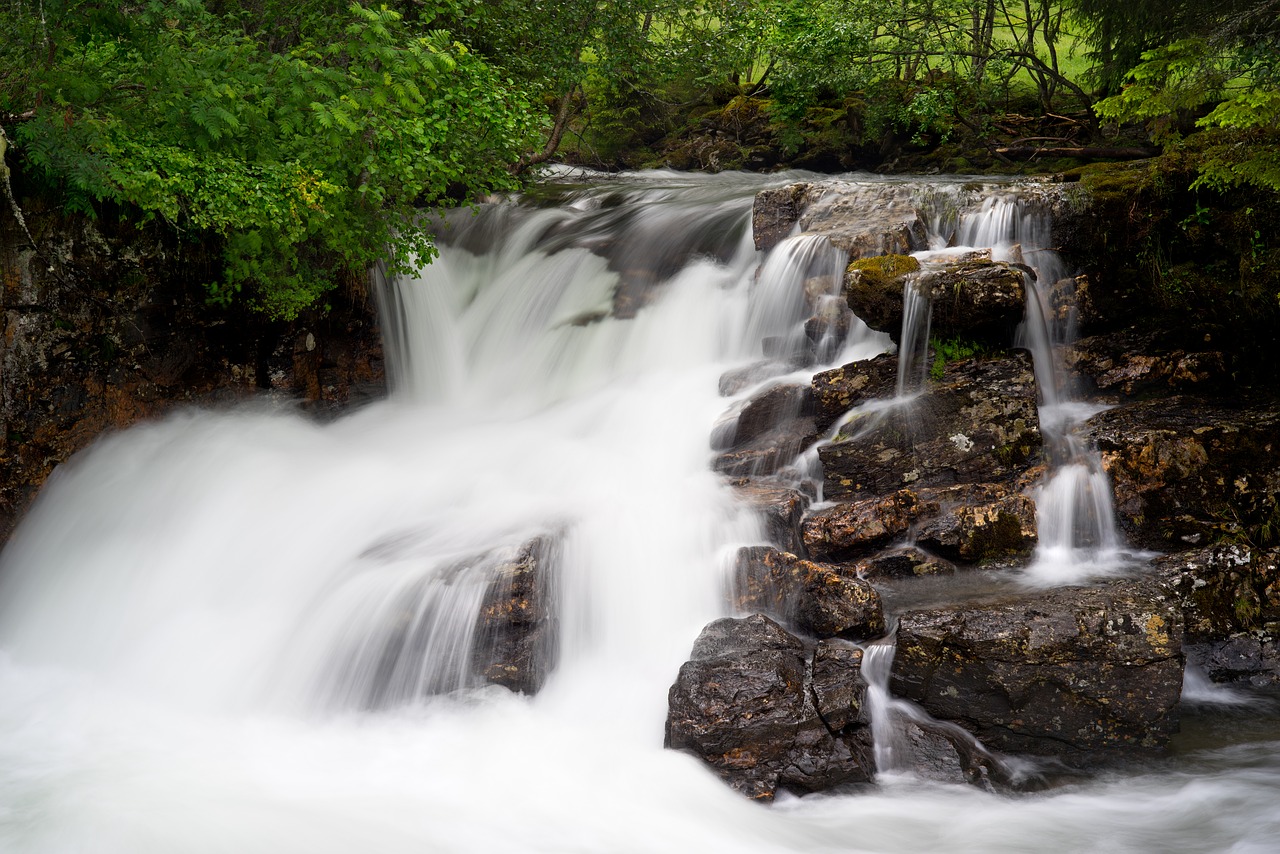 I am very happy to be part of Sofia MENAR festival because the Middle East is wonderful but very misunderstood and misinterpreted by the western world, brainwashed by USA/Israel propaganda! Luckily there are festivals promoting bridges with the Middle East and we are delighted to be part of it.

K2 and the Invisible Footmen will be screened in Bulgaria, at Sofia Middle East & North Africa Region Film Festival:

As a filmmaker, Iara has directed/produced several full-length documentaries and dozens of short films over the past decade.

2015 – Iara completed two documentaries: K2 AND THE INVISIBLE FOOTMEN, shot in stunning northern Pakistan, chronicles the plight of the indigenous porters of majestic K2, the earth’s second-highest peak. LIFE IS WAITING: Referendum and Resistance in Western Sahara looks at forty years of Moroccan occupation and the Sahrawi nonviolent struggle for self-determination by a people for whom colonialism has never ended.

2013 – Iara made a short film titled THE KALASHA AND THE CRESCENT, which chronicles how this indigenous minority in northern Pakistan responded to the challenges facing their culture.

2012 – She directed a documentary called THE SUFFERING GRASSES: when elephants fight, it is the grass that suffers, which examines the Syrian conflict through the humanity of the civilians who have been killed, abused, and displaced to the squalor of refugee camps.

2010 – She directed the feature-length documentary CULTURES OF RESISTANCE, which explores how creative action contributes to conflict prevention and resolution.

In May 2010, Iara was a passenger on the MV Mavi Marmara, a vessel in the Gaza Freedom Flotilla that was attacked in international waters by the Israeli navy, leading to the murder of nine humanitarian aid workers. Among the many people who recorded the events on that ship, her crew was the only one to successfully hide and retain most of the raid footage, which she later released to the world after a screening at the United Nations. Iara is dedicated to the support of Palestinian civilians who have been victims of war crimes committed by the Israeli military and who suffer from the Israeli government’s ongoing acts of collective punishment.

1989-2003 – She was based in New York City, where she ran the mixed-media company Caipirinha Productions, created to explore the synergy of different art forms, such as film, music, architecture, and poetry. Under that banner, Iara directed short and feature-length documentaries including SYNTHETIC PLEASURES, MODULATIONS, ARCHITETTURA, BENEATH THE BORQA, AN AUTUMN WIND and PRUFROCK.

1984-1989 – Iara was the producer of the Sao Paulo International Film Festival in Brazil.

Iara is a long-time supporter of many organizations around the world via her foundation Cultures Of Resistance Network.

Tips for Exploring Copenhagen on a Budget 0

A beginner’s guide to the art of hitchhiking 0