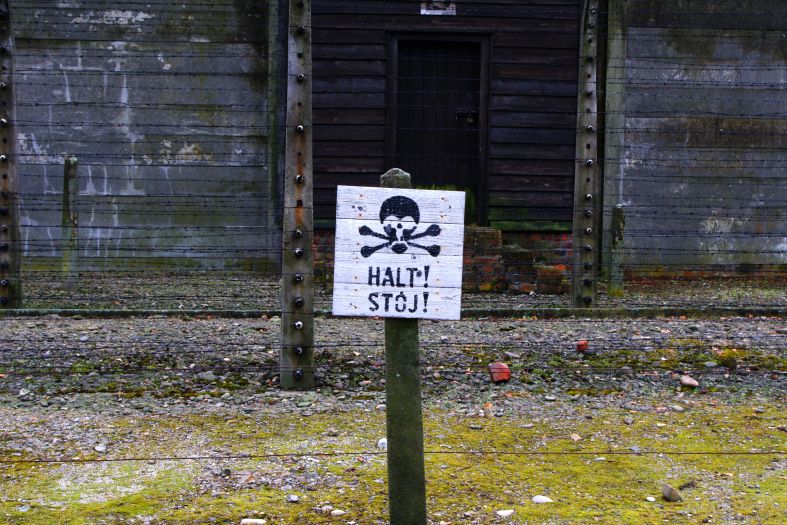 Visit Auschwitz, so we may never return there

203 Challenges 0 March 10, 2020 7:09 pm
20 signs you’ve lived in Paris for too long
Travel to buy a book from a legendary bookstore
5 reasons why you should add Krakow to your list

Tourism is not only drinking coffee, walking around shopping malls and basking on a sun lounger under the shade of a palm tree. Tourism also includes those historic corners along our route that make us contemplate how the world is functioning now, how it was before, how we can enrich ourselves. Тhose places change our way of understanding the world.

One of these places is the Auschwitz concentration camp, also known as Oświęcim. Yes, this is a death camp and not the most preferred tourist destination in the world. Many people even avoid it to not get burdened by the depressing subject. That is also how people in the villages surrounding Auschwitz lived, too – not wanting to get informed about what was hiding behind the wire fences. But we will tell you about it, because we believe you need to know, and we are willing to risk disturbing your comfort with a walk of death.

Work will set you free!

…this is the sign that welcomes you into the largest death camp, a few kilometers from the Polish city of Krakow.

Built on old barracks, the camp spans kilometers in every direction and seems endless. It was divided into Auschwitz 1 and 2 for practical reasons, with people being assigned to one of the two neighboring camps.

In different rooms and buildings in the camp you can see what actually happened there. In enormous rooms are gathered huge piles of leftover belongings of the people who lived in the camps – the luggage they were arriving with, inscribed with their names, the prosthetic, canes and crutches of the people with disabilities, eyeglasses, tons of hair, shoes… Without having to read history that over one million Jews, Romani, Poles, homosexuals and people with disabilities perished there, you get a notion from the traces they left.

If you head toward the edge of one of the camps, you will arrive in the two gas chambers, in immediate proximity of which are also the two crematoriums. Even though the camps are visited by a large number of tourists, few dare to venture into those two sites, and most visitors also leave them in a rapid manner. The smell of death is still present there, penetrating not only through the nostrils, but through the skin and all your senses. It is as if you become part of the atrocities that took place there. It is as if, once you see the ovens, you are finally able to accept the stories you saw in documentary films as true, and not just a story that took place somewhere far away.

Also known as Birkenau – is located a few minutes away… by train. Railroad tracks connected all death camps in Europe, so people could be transported quickly and easily from one end of the continent to the other. Contrary to Auschwitz 1, which is filled with buildings and resembles something of a large-scale prison, in Birkenau you can see an enormous train station, part of which directs the train carriages directly to the cremation ovens. At the busiest times, people stayed in the trains for weeks until their turn to be burned came, and the ovens were working around the clock. Still remaining there now are part of the ovens, the rails and the separate tracks of the small final station of death. The very carriages that transported people as a mere load to be destroyed, also remain.

And there somewhere, kilometers away, you can see a monument, reminding of what happened in all languages you can expect. A large infographic on one of the walls details the number of people sent to this camp.

It’s weird, but when I was there, the day was rainy and cloudy, as if to help us feel the atmosphere of the place. A place that everyone should visit, especially at the height of all the made-up conflicts based on beliefs, ethnicity, race, sex and so on, because the only thing that can save us from going down the wrong track is knowing and remembering our past.