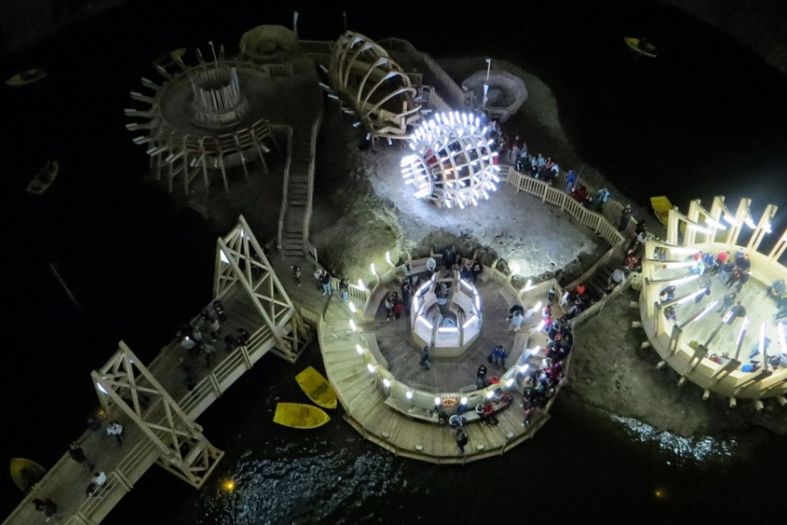 Visit these 5 little-known but great places in Romania

203 Challenges 0 May 14, 2022 12:51 am
10 reasons why you should travel to the United State National Parks
10 quotes about Barcelona that explain why everyone loves it
Like Traveling? Here’s A Guide To Deciding What Your Next Destination Should Be

Although organized trips and guidebooks might have mapped out a standard route of the Romanian landscape (usually including Bucharest – Brasov – Sinaia – Bran – Sibiu), we have the pleasure of introducing 5 less known, but equally great places:

The Salt Mine in Turda (Salina Turda)

Going down Salina Turda in Romania, is like travelling to the center of the Earth. After a walk through the gallery at the entrance, whose walls are covered in salt crystals (it is indeed salt, you don’t have to lick it to make sure – we’ve already done that!), follows a string of galleries, who seem taken out of a storybook. However, the part of the mine that makes traveling all the way worth the trip, are the large underground halls. Their magnitude is beyond imagination.

Also famous as the Road of Ceausescu (Nicolae Ceausescu, the ex-dictator of Romania during the communist times), the Transfagarasan highway in Romania is probably the most scenic driving road in the country. Once you have arrived here, you are met by 90 km of steep turns and curves, through the highest parts of the Carpathian Mountains. This twisted road was built during the invasion of the Soviet armies in Czechoslovakia (in 1968). Ceausescu was afraid that his country may share Czechoslovakia’s fate, and decided to prepare in advance, by building a military road through the mountains.

This impressive fortress can be seen from the road, connecting Brasov to Targu Mures, but those who pull of the road to see it up close are few. The fortress has been standing its ground since Dacian times, but was later remodeled. The water from its well is drinkable.

The Village of Buzescu

If you are looking for an unusual tourist landmark, this is it. This place is all about the sea of colorful facades, enormous external staircases, balustrades, Greek columns, and a bountiful display of towers. If you think that this is a movie décor, you are seriously wrong. The village of Buzescu is completely real, and is located only a few kilometers away from the Romanian city of Alexandria. The huge houses you’ll see are occupied by the local gypsy barons. According to the local legend, they have accumulated their wealth by trading in metals.

This is one of the biggest Romanian cities – lively, with a university, an airport, and beautifully restored buildings, at more than 100 years old. What is more, Craiova is located only 80 km away from the Vidi-Calaft border. As of recently, this is a wonderful place to cross into neighboring Bulgaria, as you can do it quickly and easily, using Danube Bridge 2, also called New Europe Bridge.

Cycling in the steppe of Mongolia – a book excerpt 0

Tokyo captures the heart of Japan with localgrapher 0