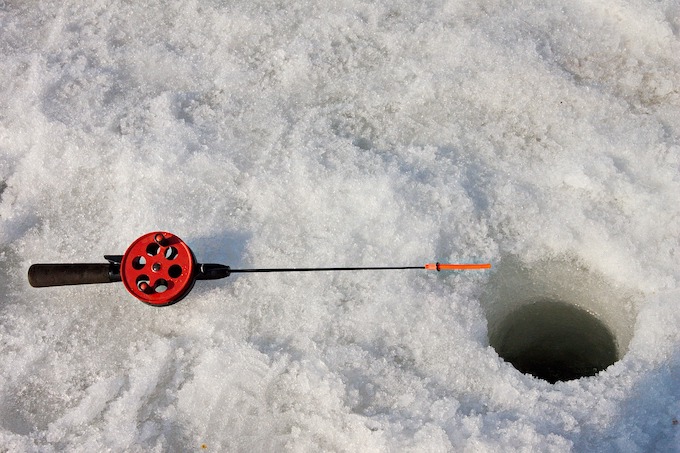 Fishing is known to be an important part for many people from Norway and it plays an important part in the economy of the country as it has for hundreds of years now. Obviously, because of the cold weather, they had to adapt and they developed a very good system of ice fishing so they can do it all year long.

People living in these areas have adapted with success to fish during the cold icy weather which led to the country’s ice fishing industry to thrive. The northern part of the country is the most popular place for this activity. If you’re interested in ice fishing in Norway, then here are the top spots to do so.

This municipality is also known as the “Gateway to the Arctic” and it’s the perfect place for anybody who wants to try ice fishing. From here you can see the Northern Lights while you visit the many frozen lakes of the area. Catching a popular fish like a coalfish, a trout or a cod is very likely in this Heaven-on-Earth area.

Near the small but beautiful town of Gjøvik, you can find Lake Mjøsa. This lake may be around a small town, but it’s the biggest lake in the entire country. Lake Mjøsa is situated in the southeastern part of Norway but it still gets enough ice during winter for the locals and you to go ice fishing with no problems.

Obviously, as a result of the large size it has, the lake is home to one of the biggest populations of fish in all of Norway. Lake Mjøsa is full of trout and perches that weigh more than four kilograms so you’ll have a satisfying catch probably every time you let the rod into the water.

Since you are in Gjøvik, you can also visit the world’s largest arena excavated in the rock, called Gjøvik Olympic Hall which is where the Lillehammer Winter Olympics ice hockey games took place in 1994.

In the northern part of the country, you can find Lake Jonsvatnet which is close to one of Norway’s biggest municipalities, Trondheim. Being close to such a big city and having a popular fjord near it makes it a very popular spot for tourists and locals alike so it’s very easy to reach it even in the middle of winter.

This lake is also the main source of potable water for the city which is why there are some restrictions put in place when it comes to fishing, but this doesn’t make it any less of a popular spot for ice fishing for both the locals and the tourists that dare to face the cold winter weather.

Drive two hours West from the country’s capital, Oslo, and you’ll find Tinnsjå, the country’s third deepest lake. This lake offers you all that you would expect from ice fishing in Norway and even more as in 2005 a new species of fish was discovered here that is closely related to the Arctic char.

Not much has been discovered about this species since then so you can be one of the few people who managed to come close to solving the mystery of this fish.

Loading...
Newer Post
4 good reasons to (Re)visit Romania once traveling will be possible again
Older Post
Going to the Hajj in Mecca – regardless of your religion

Kris Mole: How to travel Europe for free (an inspiring story) 0

Exploring the World in Style: The Benefits of Traveling with Personalized Hoodies 0

The top 10 clothing essentials for the avid traveler 1

Traveling as a couple: 9 proven tips to save your trip from disaster 1