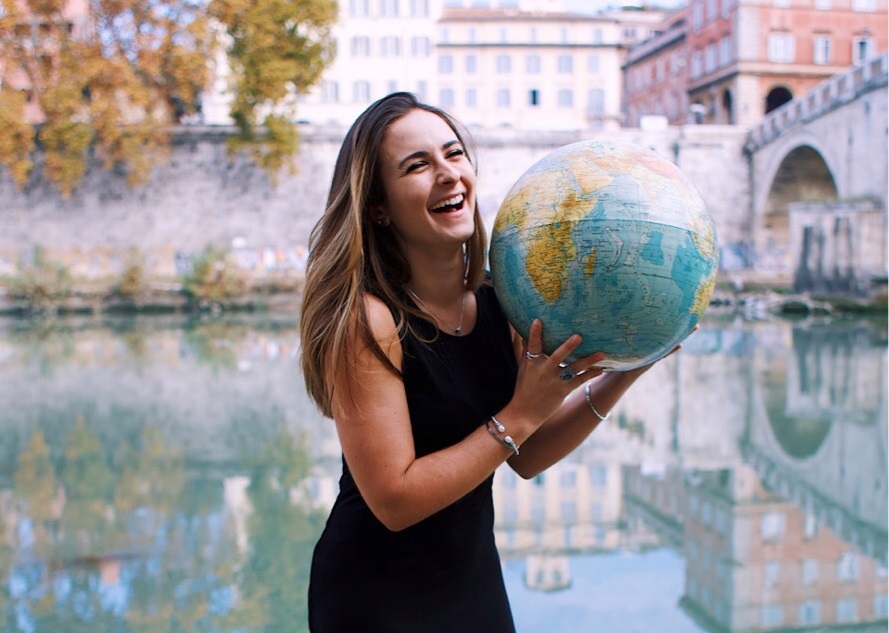 The Art of Being Human: Three Real-Life Travel Stories

203 Challenges 0 February 4, 2018 4:32 am
Cycling in the steppe of Mongolia – a book excerpt
The joy of being a high maintenance minimalist on the road
Abyssinian Nomad – an excerpt from the book by Maskarm Haile

Discover some real-life travel inspiration from Celinne Da Costa’s book “The Art of Being Human”. The stories are from her personal experience during her 9-month trip around the world. You can read more about her amazing challenge in our interview with Celinne Da Costa here.

Have A Nice Life

Something strange happened to me today. After three hours of sleep and a long layover in Croatia, I decided to get a coffee. It was a small kiosk and there was no one in line, so I started chatting with the friendly barista.

After a bit, I left to catch my flight and bid him goodbye. To which he responded: “You’re welcome. Have a nice life.”

In my experience, when spoken, that phrase generally has a negative connotation. It is associated with “get lost” or an indifferent dismissal, yet this was not the case. This man spoke those words so sincerely, kindly, and genuinely that I didn’t question for a second that he meant it.

He wished me a nice life.

It’s funny how, in the age of social media, it’s so easy to keep in contact. Throughout my travels, I’ve met people for minutes–minutes– and become Facebook friends with them. It is a way not to lose the connections I’ve made, albeit short and fleeting. It helps me feel as I haven’t really lost that person forever, even if I will never see them again. It’s almost like hoarding relationships in a digital attic, where only a selected few will be revisited again.

That’s why I was curiously taken aback when this man bid me goodbye. It was final. It was kind. It was a “pleasure to meet you, and now we part ways.” It strangely made me feel comforted and peaceful knowing that I had a pleasant interaction, and it had run its course.

Not everyone is meant to remain tethered to you. Some connections are best made and left behind. That doesn’t make them less meaningful– the most special will always remain, perhaps gathering dust, but always delicately stored in your memory.

It Doesn’t Have To Be Difficult

The other day, I was speaking to my Romanian host about my newfound difficulties leaving a life I was comfortable with to travel on my own and put my fate in the hands of strangers. He said to me: “things are only hard when you believe they were supposed to be another way.”

Consistently, I’ve found that resisting or pushing back on the natural flow of certain events or situations only makes things more complicated. While I am a huge believer in taking action every day to enact positive changes in our lives, I have also begun to understand that sometimes, acceptance may be the best course of action.

Life only feels difficult or unfair when you believe you should have been dealt a different set of cards. Change that belief… and you change your reality.

You are exactly where you need to be because the life you’ve lead up until this moment has taught you everything that you know. Don’t swim against your circumstances–use them to your advantage.

Everything That Begins, Must End

Nepali artists painting at a thangka school in Bhaktapur. I learned two lovely lessons about thangkas and Buddhist beliefs in general. For those who don’t know, thangka painting is an ancient Tibetan Buddhist tradition dating back thousands of years. The paintings are made on cotton and contain exquisite depictions of Buddhist teachings, with the most popular designs being mandalas, the cycle of life, and the path to enlightenment.

Anyway, the first lesson is that mandalas, one of the most famous designs, depict the three doors to nirvana: mind (what you think), speech (what you say), and body (action). According to Buddhist teachings, you must purify and master all three before attaining enlightenment. Learn to control how you think, because that will impact what you say; what you say shapes the world around you, and it influences you to take actions. What your body does with your speech–e.g. how your actions manifest into this world–ultimately determines what you make of your life.

Second lesson is, some monks spend hours and hours making these beautiful mandalas out of sand rather than paint. After working on them for days on end… they destroy their creation. They scoop up all the sand, put it in some sort of sacred baggie, and pour it into the river. If you saw photos of these intricate masterpieces you wouldn’t believe that these people have the heart to just throw them away.

And in fact, that’s not what they’re doing. The action of taking apart this intricate art symbolizes the transience of life: it’s beautiful, it’s a masterpiece, but eventually it must end. By pouring it into the river, monks believe they are spreading peace and love into the world. Everything in life, after all, must end eventually. That’s why it’s so important for us to remain present for every second of it, and live every day with the acknowledgement that someday, we too could bring a little peace and love into the flow of this spectacular planet.

The book “The Art of Being Human” is available on Amazon.

3 Things to Do in Mykonos 0